The New York City-based Reciprocity Foundation provides free vegetarian meals for a group of youth who rarely have access to healthy food. 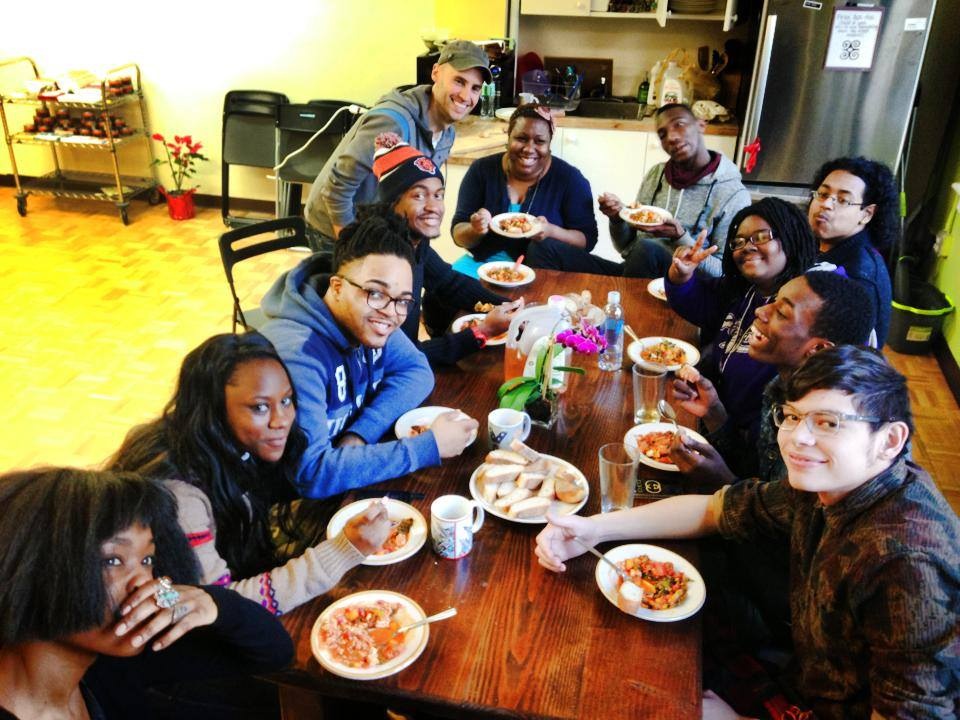 On the 12th floor of a building in midtown Manhattan, just two blocks from the chaos and noise of Penn Station, a few teens are gathered around a heavy wooden table, snacking on tortilla chips and salsa. It’s quiet in here, and the smell of couscous and vegetables simmering in a crockpot fills the space. This the Whole Person Kitchen, the main room of the headquarters of the Reciprocity Foundation, a holistic wellness center for homeless youth.

The center offers homeless youth—many of whom are lesbian, gay, bisexual, and transgender (LGBT)—free massage and acupuncture; one-on-one coaching, counseling, and assistance with college applications and career guidance; as well as a place to meditate, study and do creative work. It also launched a free vegetarian food program back in 2012.

“Nutrition is important and crucial when you’re talking about the holistic approach,” says Rich Overton, Reciprocity’s director of programming and operations.

At first, the Foundation only had the resources to serve about 15 youth one meal a week. Now, it runs one of the largest vegetarian food programs for homeless youth in the country, serving around 200 14-to-26-year-olds every year. It also serves weekly or semi-monthly meals at three homeless youth shelters in the city. The aim is not only to provide healthy food but also to introduce the youth to new kinds of food and to give them the knowledge they need to eat healthily on their own.

New York City is home to more than 20,000 homeless youth. Forty percent of them are LGBT, and many are transplants from elsewhere in the U.S. The Reciprocity Foundation uses the Whole Person Model to try to help these young people return to school, find permanent housing, and go on to live healthy, happy lives.

Of course, homelessness is not always a black-and-white state of being, says Overton. So the Foundation allows for a fairly fluid interpretation. “Our target are youth and young adults that fall under the umbrella of homelessness, meaning street homeless, foster youth, youth in shelters or transitional housing, and youth in temporary or hostile homes,” adds Overton. “With that said, we open our doors to any youth in need and serve anyone who shows up to a Community Night.”

Angelika Torres has been coming to the Reciprocity Foundation for eight years, ever since she was 21. She’s no longer homeless, but, she says, “I’ve met some wonderful people here that I would go so far as to call my family. So, yeah, I come for the family and the food.” When Torres is not eating at the Reciprocity Foundation, she mostly eats “chicken lo mein from the Chinese food store down the block” or take-out pizza, she says—which often leaves her with an upset stomach.

Rickelle Richards, a professor of nutrition at Brigham Young University who has studied homeless families, says, in general, homeless people face a number of obstacles to procuring and preparing healthy food. Although exactly what food they can access varies based on the facilities and rules at the shelter they’re living in as well as their neighborhood’s grocery stores and soup kitchens, many face short-term food insecurity that Richards says likely increases the risk of chronic diseases, such as diabetes and heart failure, down the road. 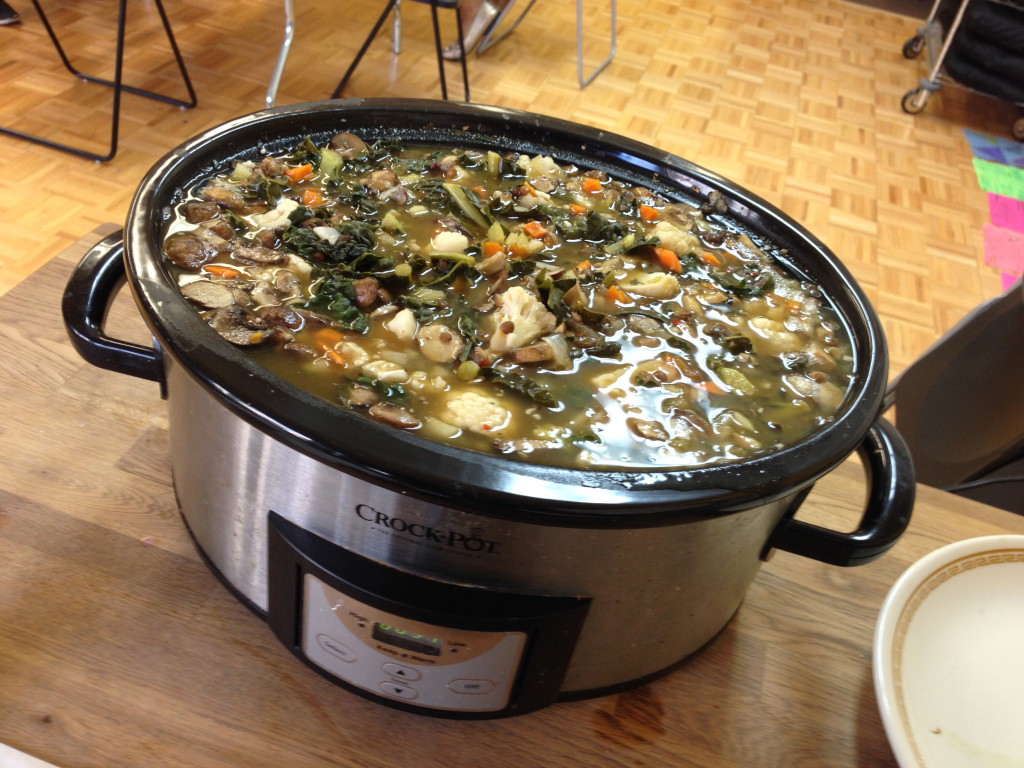 Torres says the food she eats at Reciprocity Foundation is “way better than takeout.” She likes knowing about the ingredients that have gone into the meals, and who’s cooking it. Eating here, she adds, “I’m much less tired. I’m still able to function even if I’ve had a large meal here.”

Overton says he hears this from a lot of youth: “They tell me how much better they feel or how they have a lot more energy than they’re used to, so we base our success on how the youth respond.”

Hence the second part of Reciprocity’s mission: to change youth’s eating habits beyond the meals they are served. Overton says educating youth and introducing them to new foods can go a long way.

“It’s a common misconception that you can’t eat healthy if you don’t have a lot of money, and that’s not necessarily true,” Overton explains. “Rice and beans can be very nutritious and healthy: protein and healthy carbohydrates that you can get for a reasonable price.”

When the Foundation started serving dinner at another shelter recently, Overton made vegetables like kale and whole grains such as quinoa. “Then we saw the next week … those same youth would come back with shopping bags of healthy food,” he recalls. “That just made my whole week.”

To push that work even further, Overton helped build a community garden in the shelter. “We started them off with small plants, like celery and spinach and baby lettuce. I think we planted a couple of peppers,” he says. Then he helped the shelter residents come up with a schedule for who would weed and water the garden and when—“and it’s November and [the vegetables are] still extremely tall, which makes me happy because when we go in there to actually cook now, we use as many ingredients from the garden as possible.”

Next summer, Overton hopes to get gardens into the backyards of all the homeless youth shelters where he works. Just as the meals he serves in the shelter “brought the community together so easily and so joyously,” he says, sharing the work of caring for the garden “created even a closer-knit community vibe among the residents.”

Tonight, when dinner is served a little after five o’clock, about 15 young people gather around the table. Overton gives each a bowl full of whole-wheat couscous, corn, tomatoes, broccoli, cauliflower, kale, and tempeh. He prepared this meal himself; the foundation staff members take turns cooking.

“They always make sure that it’s vegetarian, organic—very, very healthy food, and it’s good. It’s not like bland tofu. They season it,” Torres says. “It’s almost like sitting down to family dinner with your closest friends and family.”