Want to Find Sustainable Poultry? There's an App for That | Civil Eats

Want to Find Sustainable Poultry? There’s an App for That

Farm Forward's new Buying Poultry app aims to steer consumers toward turkeys (and other poultry) that fits their values. 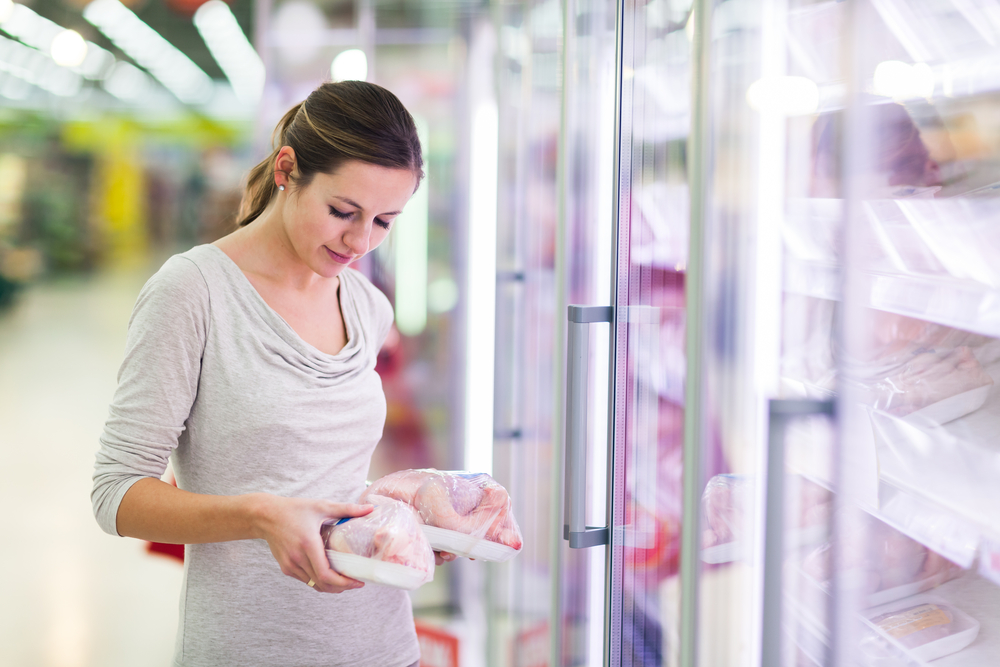 The nonprofit animal advocacy group Farm Forward hopes its new website, BuyingPoultry.com, will do for poultry what the Monterey Bay Aquarium’s Seafood Watch guides have done for fish.

But unlike fish, farmed poultry isn’t scarce. According to Portland, Oregon-based Farm Forward, some eight billion chickens and turkeys are raised for food in the United States annually, and 99 percent of those come from factory farms.

While consumers are more interested in where their food comes from than ever before, trying to find out details, especially when it comes to meat, can be incredibly difficult.

“If you want to find out how this animal was raised, it’s usually virtually impossible. There’s a tremendous amount of work to bring some level of transparency to all of these products on the market,” said Andrew deCoriolis, director of strategic programs and engagement at Farm Forward.

Just in time for the Thanksgiving holiday, the group has launched BuyingPoultry.com, a consumer-facing site that took three years to compile and includes chicken, turkey, eggs, and plant-based meat alternatives.

“Consumers needed a buying guide that was rooted in science, with farmers and experts helping them buy products aligned with their values,” said deCoriolis. “We hope to help people make the best food choices for them, and connect great farmers to thoughtful consumers.”

Unfortunately, the food industry is rife with misleading labels, said deCoriolis. For example, many think the “all-natural” label means that “the animals go outside and the chickens and turkeys feel the sunshine and run on pasture,” said deCoriolis. But this couldn’t be further from reality. “It just means that there’s no synthetic or unnatural ingredients in the meat,” he said.

The BuyingPoultry site includes a glossary of terms that are often misunderstood by consumers. Moreover, it’s also meant to be consulted when shoppers are at their local market, unsure of which brands to buy.

With the help from a group of animal welfare experts and farmers, Farm Forward has compiled a database with over 3,000 products available in grocery stores and graded them on an A-to-F scale. Noting that these experts are some of the most well-respected in the industry, deCoriolis said that consulting the site before you buy “is like having a group of experts going shopping with you.”

To try out the site, I typed in “Mary’s Chicken” which is carried at my local market, to see how it ranked, and found that even when I buy organic, which I do, the brand only earns a C. The chickens have been genetically altered to grow faster, and although they have some access to outdoors, it’s limited access.

DeCoriolis admits that many of the smaller producers marketing to their local markets are not included in the guide. But The list includes over 500 brands on its “best” list, and all are small producers such as Phoenix Rising Farm in Kentucky and Dinner Bell Farm in California.

Another 500 products earned the “better” ranking—a fact that is encouraging to deCoriolis who added that even many larger grocery chains are carrying products in this category, due to customer demand.

“Obviously if everyone could go to these farms and take a look and ask questions, that would be great,” he said. “But it’s not practical or possible.”

A version of this post originally appeared on Bay Area Bites.