All the News That’s Fit to Eat: Obesity Rates Keep Climbing, Farmers Oppose the TPP, and Abuse at a “Model” Pork Plant 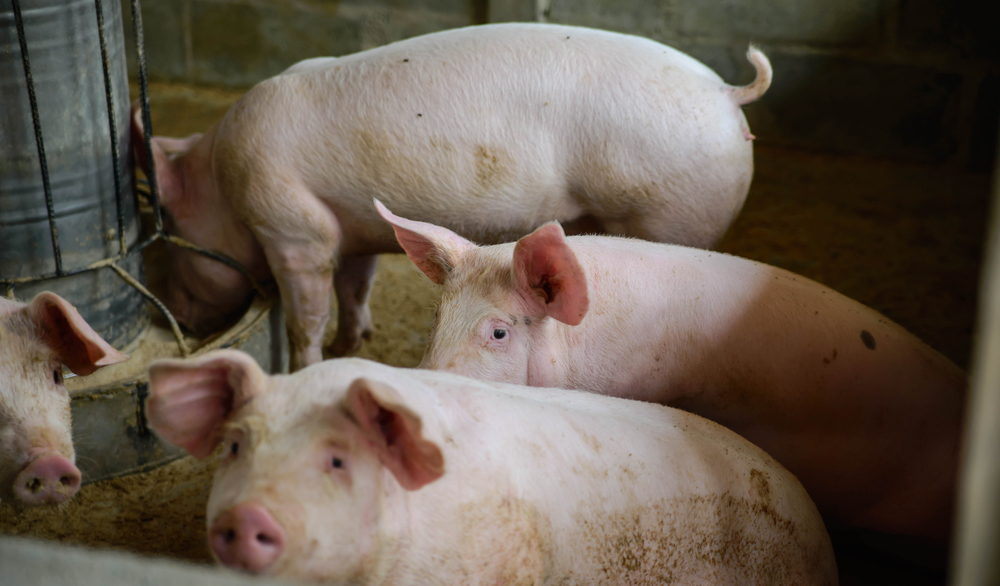 Busy week? Luckily we’re here to get you caught up.

The U.S. Department of Agriculture (USDA) has pledged to thoroughly investigate an undercover video taken by a nonprofit animal rights group at a facility run by Hormel Foods, one of the nation’s largest pork producers. The video shows pigs being dragged across the floor, beaten with paddles, and writhing in pain while bleeding out—even though the law says pigs are supposed to be rendered unconscious before being killed. In the video, a worker said, “If the USDA is around, they could shut us down.” USDA spokesperson Adam Tarr said, “The actions depicted in the video under review are appalling and completely unacceptable, and if we can verify the video’s authenticity, we will aggressively investigate the case and take appropriate action.” Ted Genoways, whose exposé of the pork industry was published last year, says what the USDA spokesperson didn’t mention is that this plant has been held up by the USDA as a model for pork inspection nationwide.

The European Food Safety Authority (EFSA) said Thursday that glyphosate, an active ingredient in Monsanto’s weed killer, Roundup, is unlikely to cause cancer in humans. But the agency is still proposing a limit on the maximum safe daily dose over a period of time. The World Health Organization (WHO) said in March that glyphosate was “probably carcinogenic to humans,” but the EFSA’s conclusion could potentially lead the European Union to renew approval for the herbicide.

In response to the WHO’s recent announced that processed meats are “carcinogenic to humans,” California is planning to put warning labels on products like bacon and hot dogs in order to comply with Proposition 65, which requires warnings about products that contain substances known to cause cancer. Industry advocates and legal experts predict that the meat industry will take California to court over the labeling requirements and attempt to discredit the WHO’s findings or downplay their significance. But Laura MacCleery, regulatory affairs attorney for the Center for Science in the Public Interest (CSPI), says it would be an uphill battle. California is one of the country’s largest producers and consumers of meat.

The Food and Drug Administration (FDA) is requesting the public’s input about how it should define the term “natural” on food labels. Though the “natural” label has little or no meaning in the marketplace and no federal or third party standards or verification, a 2014 Consumer Reports survey found that 59 percent of consumers seek it out. Disagreement over the term has also prompted dozens of lawsuits. The FDA is required to review any comments it receives, but the agency has not announced that it will create a new rule or definition. Ivan Wasserman, a lawyer who tracks this issue, says that a more comprehensive definition would give manufacturers a better idea of whether or not they can use the term on their products.

New research from Harvard’s T.H. Chan School of Public Health says home-cooked meals might help prevent type 2 diabetes. Researchers found that for each lunch prepared at home in a week, the risk of type 2 diabetes dropped by two percent, and for each home-cooked dinner, the risk decreased by four percent. The researchers explained that eating more homemade meals might help decrease weight gain, which can help reduce the risk of developing the disease. Last year, a similar study published in the journal Public Health Nutrition found that people who frequently cooked dinner at home consumed “significantly fewer” calories and ate better than those who relied more heavily on restaurant meals and frozen foods.

Obesity Rises Despite All Efforts to Fight It, U.S. Health Officials Say (The New York Times)

In 2013 and 2014, 38 percent of American adults were obese, up from 35 percent in 2011 and 2012. In 2003 and 2004, that number was only 32 percent. Obesity rates did not rise for youth, but the report offered some striking statistics when it came to minorities. Black and Hispanic women had the highest obesity rates of any demographic (57 and 46 percent respectively). Dr. Walter Willet, chairman of the nutrition department at the Harvard School of Public Health, noted that although Americans’ diets have improved in quality from 1999 to 2012, most improvements have not happened among lower-income Americans, and that “there’s been a big gap” between the rich and the poor. For more on the poverty-food-health connection, see this week’s story, The Long Shadow of Childhood Hunger.

CSPI filed a class action lawsuit against General Mills this week, alleging that the cereal manufacturer is misleading customers about one of its new products, Cheerios Protein. According to the nutrition facts panels on the boxes, there is only a 4 gram difference in protein, and CSPI says the difference can be accounted for by a larger serving size. When CSPI used identical serving sizes, they found only a .7 gram difference between Cheerios Protein and Original Cheerios. Additionally, CSPI found that Cheerios Protein has 17 more grams of sugar—more than every other variety of Cheerios on the market.

Oxfam has launched a publicity campaign aimed at improving wages and workplace safety for the estimated 250,000 workers employed at U.S. chicken processing plants. The director of Oxfam America’s domestic program believes the report has already had an impact. In anticipation of the report, Tyson Foods, the country’s largest poultry company, announced it would be raising the base wage to $10 (from $8 or $9) at some of its plants. Author and journalist Chris Cook says the report suggests that “eating chicken is indefensible.”

The Center for Rural Affairs found that the federal crop insurance program drives up production costs by increasing the cost of land, thereby helping large corporate farms instead of small and mid-sized farms.

Farmers Have Been Enjoying The Fruits Of Bee Labor For 9,000 Years (National Public Radio)

A new study published in Nature found that the partnership between farmers and bees goes back as far as 9,000 years, to the beginnings of agriculture. Researchers were able to come up with this new date thanks to traces of beeswax found in bits of pottery recovered from well-dated Neolithic archaeological sites.

The National Farmers’ Union, one of the largest farm groups in the United States, wants U.S. politicians to vote down the Trans Pacific Partnership (TPP) when it goes to Congress in the next year. The group fears that the deal will make U.S. products more expensive in foreign markets. Read more about what international trade agreements have to do with dinner.