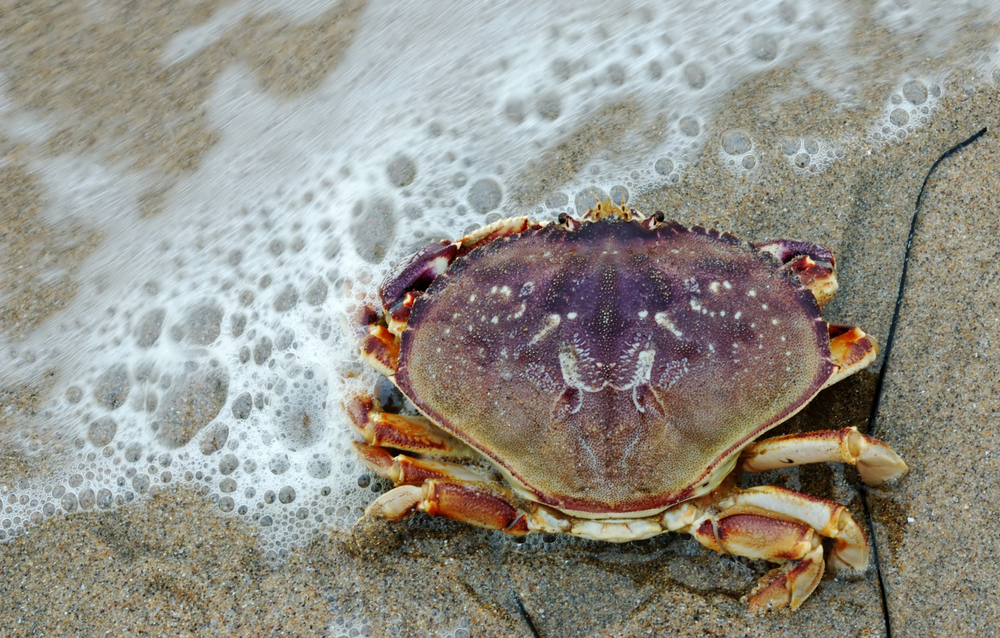 Busy week? We’ll get you caught up on the latest food news.

Fast food workers are planning their largest nationwide strike yet, which will take place next Tuesday at restaurants in 270 cities, then at local city halls, where Fight for $15 will kick off a campaign to rally their colleagues to vote next November for local, state, and national candidates who support a $15 minimum wage. The day will culminate in a protest by several thousand workers at the Republican presidential debate in Milwaukee. The top Democratic presidential candidates, Hillary Clinton and Bernie Sanders, support a $12 to $15 federal minimum wage, while most Republican candidates oppose raising it above $7.25 an hour. Over the next year, Fight for $15 plans to mobilize the 64 million Americans who earn less than $15 an hour with neighborhood drives to register and vote.

Just days before the start of California’s recreational crab season, the California Department of Public Health is warning that potentially deadly levels of domoic acid, a neurotoxin, have been found in Dungeness crab and rock crab caught along the coastline between Oregon and the southern border of Santa Barbara County. California’s Office of Environmental Health and Hazard Assessment recommends that Dungeness season be delayed and the rock crab fishery be closed. To learn more about the science behind the closure of California’s recreational crab season, see this article from KQED Science.

On Wednesday, the Senate voted to get rid of the Obama administration’s new federal rules to protect smaller streams, tributaries, and wetlands from development and pollution. The administration has said the rules would safeguard drinking water for more than 117 million Americans and that more than 1 in 3 Americans get their drinking water from rivers, lakes, and reservoirs that are at risk of pollution from upstream sources.

Republicans and some rural Democrats insist that the rules are costly, confusing, and a government power grab. Many farm and business groups also oppose the rules, and state officials in Georgia, New Mexico, and Wisconsin believe the regulations could be costly for farmers and landowners who would have to pay for permits or redesign their property.

The Environmental Protection Agency maintains that the criticism is overblown, and that the new rules would require landowners to pay for permits only if they were polluting or destroying affected waters, meaning those with “direct and significant” connection to larger bodies of water downstream that are already protected.

Wisconsin Representatives Ron Kind and Jim Sensenbrenner, along with Arizona Senator Jeff Flake, are introducing a bill to reform the United States crop insurance program. The bill would limit premium subsidies for farmers that earn more than $250,000 in gross income, set a limit of $40,000 per person on premium subsidies, and eliminate the Harvest Price Option (policies that cover the risk farmers take when they use future markets to get a better price for their grain).

In a statement, Rep. Kind said, “the current crop insurance system is extremely wasteful and in need of major reform,” adding that the bill would save $24.4 billion over 10 years “while still providing a strong safety net for family farmers.” Environmental Working Group released a report which found that the federal crop insurance program is much more costly to taxpayers and more harmful to the environment than the disaster payment program it replaced.

Big Sugar and Big Corn faced off in trial this Wednesday in a billion dollar lawsuit that could shape consumers’ perceptions of the two sweeteners. Several sugar refiners sued corn refiners in 2011, alleging that the corn trade group’s ad campaign which called high fructose corn syrup “corn sugar” and “natural” was false. The corn refiners countersued the Sugar Association for claiming in its newsletter that corn syrup causes obesity and cancer. There is currently a decline in sweetener demand as concerns about high rates of obesity and diabetes are on the rise. The attorney for the Sugar Association says that sugar is sugar and corn syrup is not, while the attorney for the corn refiners argues that both sugar and corn syrup have the same amount of calories and impact the body in the same way.

Senate Democrats (and dozens of staffers) are opting to bring their own brown-bag lunches instead of buying food from the Senate’s cafeterias in a push for higher wages for the workers who cook their food. Senator Sherrod Brown (Democrat-Ohio) organized the first boycott last week with the help of his staff. They plan to continue boycotting the cafeterias each Wednesday until the workers receive higher wages and the right to form a union.

Public health officials say major foodborne outbreaks in the United States have more than tripled in the last 20 years, and in the past five years, these multi-state outbreaks were bigger and deadlier than ever before. The foods involved in these outbreaks range from vegetables and fresh fruits to beef and chicken. Salmonella, E. coli, and Listeria are the culprits most of the time, with Salmonella accounting for most of the illnesses and hospitalizations, and Listeria killing the most people (responsible for 57 of the 66 deaths between 2010 and 2014).

Speaking of multi-state outbreaks, 39 people have been sickened by a strain of E. coli in Washington and Oregon after eating at Chipotle Mexican Grill. Fourteen people have been hospitalized. The Centers for Disease Control and Prevention is investigating the outbreak, and officials are still uncertain about which ingredient or meal could be the source of the food poisoning. Chipotle voluntarily closed 43 of its restaurants in Washington and Oregon earlier this week, though only eight restaurants were linked to the outbreak.

When the Environmental Protection Agency (EPA) concluded in June that there was “no convincing evidence” that Monsanto’s glyphosate (AKA Roundup, the most widely used herbicide in the world) was an endocrine disruptor, they didn’t mention that the decision was made based almost entirely on Monsanto’s research. The Intercept obtained the studies, most of which are not publicly available, through a Freedom of Information Act request, and found that 27 out of 32 were either conducted or funded by industry.

Three of the five independently funded studies found that glyphosate poses a danger to the endocrine system, but none of the 27 industry funded studies did. Though some of the industry funded studies contained data that suggested exposure to glyphosate had serious effects, scientists either found reasons to discount the findings, or dismiss them. The Intercept notes that this “dependence on industry is just one of the several limitations of the EPA’s effort to screen pesticides for their potential to interfere with the way androgen, estrogen, and thyroid hormones work.”

Investment analysts are worried that competition from mainstream retailers in the organic and natural foods realm will impede the growth of Whole Foods Market. Mainstream retailers like Walmart and Costco are selling more organic and natural items at cheaper prices than Whole Foods (known to some by the nickname “Whole Paycheck”). Walter Robb, co-chief executive of the company, argues that their products are not the same as what other mainstream grocers are selling, and that Wall Street’s relentless pressure on them to reduce prices is “a race to the bottom.” Still, to address the pricing issues, Whole Foods is opening a new line of stores, called 365, which will be smaller and sell cheaper products set to open next year.

Restaurant chain Panera Bread, which started serving chicken raised without antibiotics more than a decade ago, before the issue was on most consumers’ radars, said Thursday in its animal welfare update that 21 percent of its eggs are cage-free and that it will be completely cage-free by 2020. But what was most significant was its mention of plant-based proteins, says Josh Balk, senior policy director for the Humane Society of the United States, noting that it’s the first time a national mainstream restaurant chain has ever touted plant-based protein, and that other chains are likely to follow in Panera’s footsteps.

A report from Purdue University and the U.S. Department of Agriculture (USDA) says almost 60,000 jobs are set to open up in agriculture, food, and natural resource sectors each year for the next five years, but there aren’t enough grads to fill them. The USDA, land grant universities, and private industry are scrambling to try and bridge the gap.

Former McDonald’s CEO Don Thompson is joining the board of Beyond Meat, a California startup that wants to replace beef and chicken with its vegan alternatives. Beyond Meat founder and CEO, Ethan Brown, said, “We look forward to working with Don to bring our plant-based meats to consumers here in the United States and abroad.”