Mark Bittman’s Next Gig: Bringing Plant-Based Cooking to the Masses 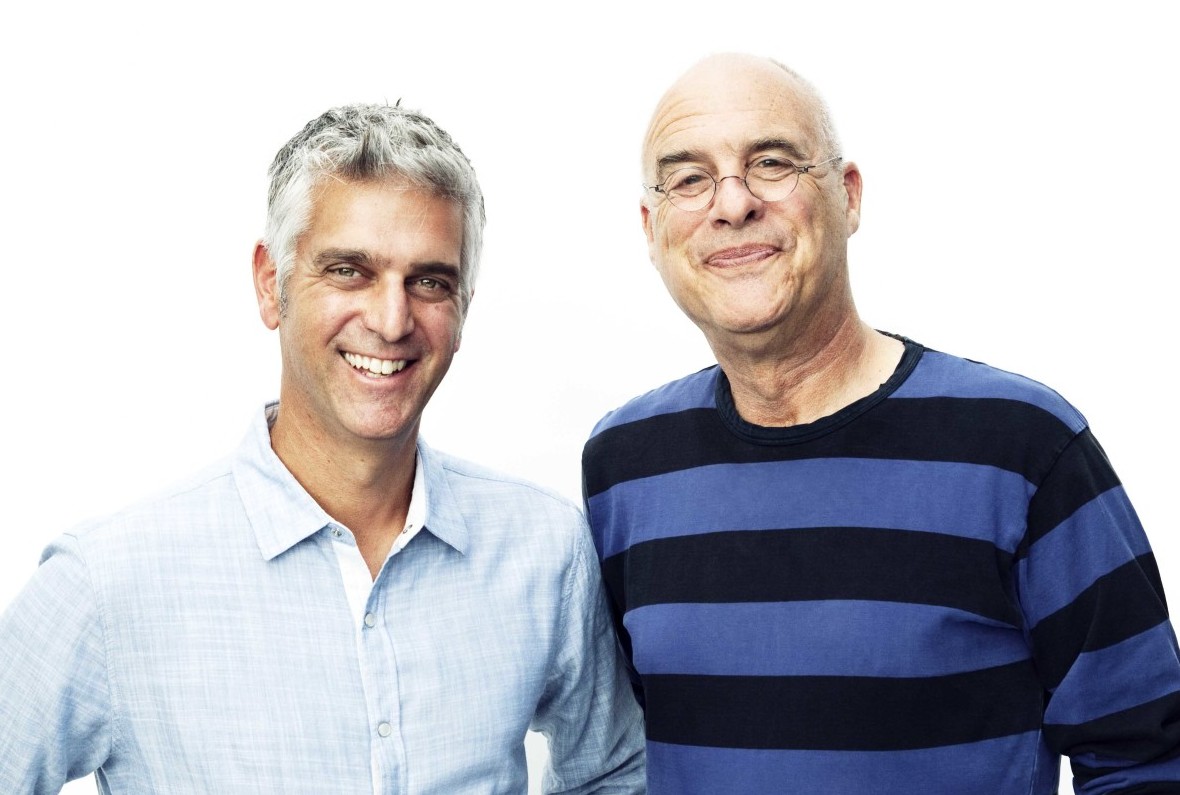 I have a friend who likes to ask: “Do you want to talk about it? Or be about it?”

For years, whenever author and New York Times food systems columnist Mark Bittman was considering his next move, he’d ask himself a similar question. After writing and talking about the nation’s most pressing food system problems, demystifying home cooking, and proselytizing about the benefits of eating more plant-based foods, he decided to get up from his desk and start doing more to help engage people in solutions.

“Five or six years ago, I started talking to people about what we might do in order to create a business that made it easier for Americans to eat better,” says Bittman. But the column was well loved, and the demand for his cookbooks—like the new Kitchen Matrix, was stronger than ever. The years sped by.

Then, when entrepreneur Andy Levitt approached him last year with, what Bittman describes as “the right kind of meal delivery company,” he was hooked.

This week, the author, who stepped down from his role at the Times in September, is announcing his new role as the Chief Innovation Officer at Purple Carrot, a vegan meal kit company hoping to create a plant-based alternative to industry giants like Blue Apron and Plated. It’s a job that will see him developing recipes and curating menus. And he’ll also serve as a de facto brand ambassador, as the company, which launched in Boston in 2014, expands to the West Coast.

“We think everybody can eat more plants and two to three times a week, the Purple Carrot can help you do that,” he says.

As Bittman and others have pointed out for years, home cooked meals are an important factor when it comes to encouraging more sustainable food production, because it makes better food more affordable to people who don’t have the budget to dine at farm-to-table restaurants. And meal kits can provide a kind of middle step between traditional home cooking and restaurants, allowing companies to source ingredients from local and sustainable farms and place them directly in customers’ kitchens, ready to be combined and cooked.

“[Purple Carrot] is a vegan meal company, that’s the four-word description, but it’s also trying to be way more than that,” says Bittman. “It’s trying to be a company that sets examples, and encourages not only the consumption of plant-based foods, but encourages fair treatment of farmers, the right kind of relationship between food and the environment, and shows respect for its customers, its workers, and on and on. It’s the stuff I’ve been talking about for years.” 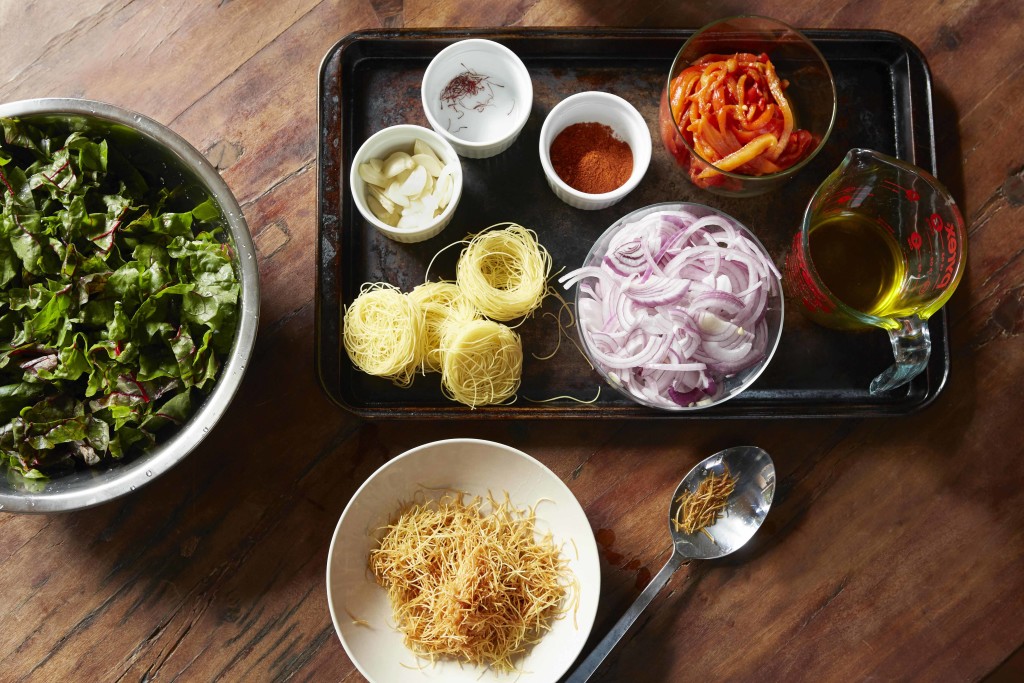 At around $74 a week for two meals for a family of four, Purple Carrot is aimed at upper-middle-class families who are perhaps too pressed for time to do the planning, shopping, and cooking, but don’t want to eat take-out every night.

“We intend to show people that cooking is easy and do-able. I think it’s a shame that not everyone will be able to afford it, but I think those who can afford it will find it worthwhile,” he adds.

Levitt, who started Purple Carrot in his garage, says the company shipped just over 100,000 meals to locations around the Northeast in its first year. He says he believes in a “slow and steady” approach that differs from many of today’s food tech start-ups. That said, the business is definitely poised to grow. Levitt raised an initial $1 million from friends and family and is preparing to close on a $3 million round of seed funding later this fall.

As a regular reader of Bittman’s books, Levitt says the author was at the top of his lists when he went looking for a “voice of authority to raise awareness about the business and the importance of a plant-based diet.”

When it became clear that Bittman might be open to meeting to discuss the business, Levitt says, “We hit it off. I said, ‘Mark you’re the poster child for my company, and this is exactly what you should do next.’ I don’t think I had any real expectation that he would bite.” But bite he did. And they’ve been working together ever since.

“He brings so much value as a guy who has been teaching people to cook at home for 35 years. And has been a big proponent of plant-based eating and sustainability issues. So it’s a huge boon for the company I’m building,” says Levitt.

Bittman has developed a handful of recipes, including “Pad Thai with tofu; stick rice with tempeh; a homemade black beans veggie burger with fries; and ratatouille with polenta. And there’s more in the works.

“I’m trying to juggle simplicity, satiety, and flavor satisfaction. And it’s tricky. But I’ve been doing plant-based recipes for a long time and I think I have a good leg up on this. And it’s a wonderful challenge,” he says.

Bittman says he’s removing all meat and dairy imitations from the Purple Carrot menu, but he’s working on other ways to cut down on the most time-consuming elements of vegan cooking. All beans, for instance, will arrive pre-cooked.

Because so much of the food delivered in meal kits has to come in seperate containers, packaging is another perennial concern for companies like Purple Carrot, and one that Bittman says he’s eager to tackle. “I think the first thing to do is acknowledge it’s an issue. The second thing to do is to ask, ‘what can we do as an industry?’ Packaging isn’t just a meal kit issue. It’s an issue for anybody who ships something.”

He also points to the fact that—on the flip side—kits like these are designed to prevent food waste. “We’re pre-measuring everything. The convenience is obvious. But from a food perspective it’s really not wasteful.”

Is Bittman worried that Purple Carrot customers will eventually wean themselves off the service once they see that it’s not ultimately very difficult to chop their own vegetables and keep a stocked pantry?

“I always said the job of a cookbook writer is to put himself out of business. But there will always be people who need to learn how to cook. And I think there will always be people who find the convenience of meal kits irresistible,” he says. Then again, he adds, “If some big percentage of our customers graduate and say, ‘I don’t need Purple Carrot anymore,’ that’s not going to damage our reputation.”

When Bittman talks about the work he’s doing at Purple Carrot, it’s clear that he is thoroughly enjoying this new set of challenges. He compares it to the first year of the opinion column, when he was constantly learning new things. Or the first time he wrote a cookbook. “I’m excited. I’ve actually never worked harder on a project,” he says.