All the News That's Fit to Eat: Salmon Fraud, Hillary on GMOs, and a New 'Natural' Label | Civil Eats

All the News That’s Fit to Eat: Salmon Fraud, Hillary on GMOs, and a New ‘Natural’ Label 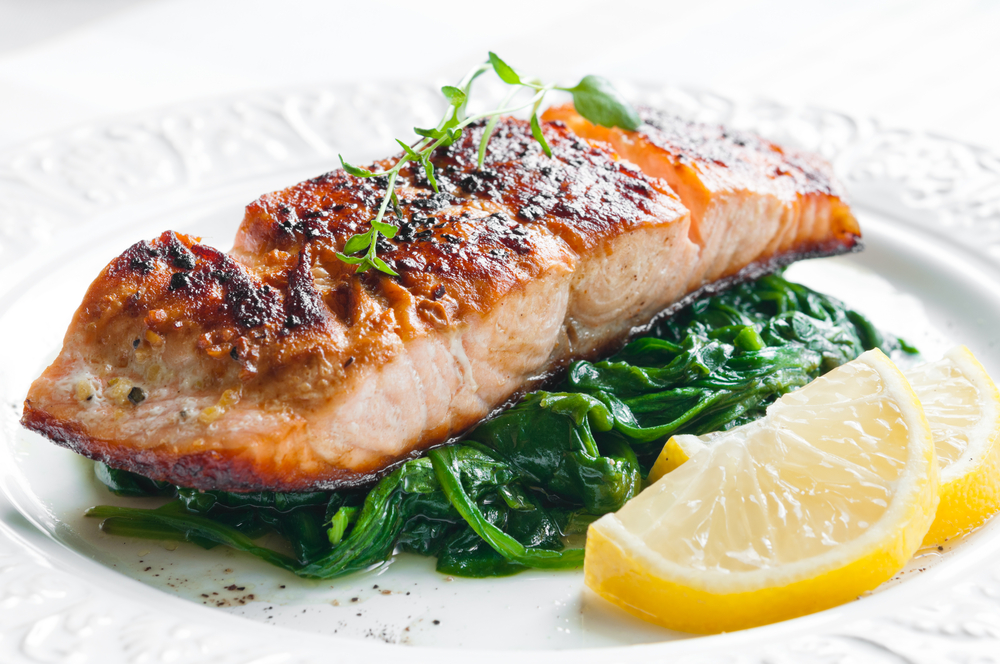 It’s almost Halloween, but don’t be scared—we read this week’s food news for you.

Organic farmers protested earlier this week in Vermont against federal rules that allow produce grown without soil (i.e., hydroponic crops) to be labeled certified organic. Some farmers say organic crops must be farmed in soil because that is what you’re feeding, and others say the organic label should refer to the nutrients that are fed to the crops. Eliot Coleman, a farmer with more than 40 years’ experience in all aspects of organic farming, says you can’t have organic food without soil.

A new Oceana report found that 43 percent of salmon samples from restaurants and grocery stores in Virginia, Washington, D.C., Chicago, and New York between December 2013 and March 2014 were mislabeled. Sixty-nine percent of the time, farmed salmon was passed off as wild salmon, which is more expensive. According to the report, mislabeling is more likely to occur in restaurants than in large supermarkets, and salmon ordered from restaurants during the winter is especially susceptible to fraud.

Food Trade Group Will Create A ‘Natural’ Label In Absence of U.S. Government Regulation (The Guardian)

In early 2016, the Organic and Natural Health Association (ONHA) is starting a voluntary certification program that will offer companies a “natural” seal. Though the U.S. Food and Drug Administration (FDA) has never regulated the term, a National Marketing Institute survey found that 46 percent of consumers thought the government regulated the use of “natural” and 50 percent thought it meant no pesticides and no genetically modified (GMO) ingredients. Products labeled with the proposed seal must be free of artificial preservatives, colors, flavorings, or sweeteners, and cannot be genetically modified.

A new study found that removing foods with added sugars and replacing those calories with other carbohydrates improved obese children’s blood pressure and cholesterol numbers after only 10 days. The study contributes to the idea that not all calories are equal, and suggests that calories from sugar are especially likely to contribute to Type 2 diabetes and other metabolic diseases.

This week, Top Chef judge Tom Colicchio and Top Chef host Padma Lakshmi, along with 28 other chefs, met with members of Congress on Capitol Hill to discuss the Childhood Nutrition Act, which is up for reauthorization before the end of the year.

The CEO of the American Egg Board stepped down last week, a few months after emails were released to the public showing that she tried to prevent the sale of vegan startup Hampton Creek’s Just Mayo at Whole Foods. The American Egg Board is a quasi-governmental body, one of the U.S. Department of Agriculture’s 20 “checkoff” programs, which are funded by producers and designed to be promotional. Hampton Creek has also caught the attention of the FDA. The agency sent the startup a warning letter saying the product name Just Mayo violates “the federal standard of identity for mayonnaise” because it doesn’t include eggs.

How the U.S. Government Helped McDonald’s Climb Out of Its Sales Rut (Quartz)

A single recipe change at McDonald’s will have a huge impact on the entire U.S. dairy industry, and an organization controlled by the USDA says it played a major role in making it happen. McDonald’s is swapping margarine for butter in its Egg McMuffins, a move that will add five to six hundred million pounds of milk to its annual dairy purchases. Dairy Management, Inc., (DMI) a group that manages the National Dairy Promotion and Research Board—a checkoff program funded by industry, but ultimately controlled by the USDA—offered the fast food giant “expertise in areas including food science, nutrition, schools, and sustainability” in 2013. One of the ways DMI promotes dairy is by developing partnerships with fast food companies. The CEO of DMI says the change “wouldn’t happen if it weren’t for the checkoff.”

Though evidence suggests Mexico’s soda tax is beginning to reduce consumption, the country’s lower legislative house voted last week to cut the tax in half for drinks that contain less than five grams of sugar per 100 millimeters, saying that this would encourage companies to put less sugar in their drinks. Activists urged legislators to reverse the vote, and several international organizations, including the American Heart Association, ran advertisements in Mexican newspapers saying the tax “already shows the positive benefits to reducing consumption and serves as an example to the entire world.” On Wednesday, Mexican Senate committees agreed to eliminate the proposed tax cut, but the legislation must still be voted on the Senate floor and returned to the lower house.

Last Friday, the USDA signed off on a new type of genetically modified corn developed by Monsanto, after finding that it “posed no significant threat to agricultural crops, other plants, or the environment.” Before the seeds can become available for commercial sale, the Environmental Protection Agency (EPA) must also review them, a process which is still ongoing. The EPA’s scientific advisory panel has criticized the agency’s weak guidelines in the assessment of biotechnology and expressed concern about its impact on pollinators.

At an event on Thursday, presidential candidate Hillary Clinton spoke about GMO labeling, saying she think there are good reasons to have GMOs and that she supports the USDA in its, “efforts to try and move toward labeling and to try to encourage companies to use technology like bar codes and other techniques online.”

Schwan Food Co., a major supplier to U.S. school cafeterias, will remove artificial ingredients and high-fructose corn syrup over the next two years. The changes will cost the company $12 million this year alone.

A recent report says the local foods sector was worth $12 billion in the U.S. in 2014 and is expected to grow at 9 percent a year through at least 2018. Four times as many schools are now buying food directly from farms than in 2006, and 78 percent of consumers are willing to pay an additional 10 percent or more for local products. The problem is that most food production is concentrated in only 10 states: California, Iowa, Texas, Nebraska, Minnesota, Illinois, Kansas, North Carolina, Wisconsin, and Indiana.