Are Your Vegetables on Drugs? | Civil Eats

Are Your Vegetables on Drugs?

A new study conducted on zucchini plants suggests that pharmaceuticals in biosolid fertilizers could be harming your veggies. 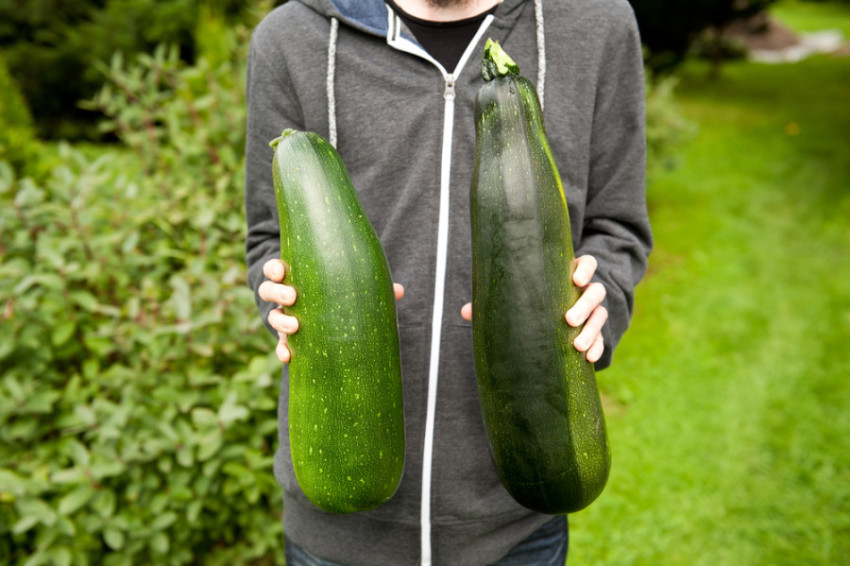 Fertilizing crops with biosolids—a combination of human, commercial, and industrial wastes otherwise known by critics as “sewage sludge”—is a common but controversial practice.

On the one hand, municipalities argue, it is much more environmentally sound to recycle nutrients that would otherwise be sent to landfills. The use of these fertilizers also cuts down on the amount of man-made fertilizers needed to boost crops and keep soils healthy.

On the other hand, biosolids have often raised safety concerns, and the quality and safety can vary depending how they’ve been treated. The U.S. Department of Agriculture’s (USDA) National Organic Standards prohibit their use in organic agriculture because of concerns over contamination from hormones, steroids, and pathogens. And there has been a passionate debate over whether biosolids are safe to use because of the risk of contamination.

Despite the fact that there are many substances found in biosolids, the U.S. Environmental Protection Agency (EPA) only regulates a few including pathogens and heavy metals. And the agency has no control over the level of pharmaceuticals in biosolids or in wastewater.

Farmers and gardeners use biosolids to fertilize their land and maintain lawns in all 50 U.S. states and in many other countries around the world. Although, according to EPA, biosolids are used on just 1 percent of U.S. farmland.

Now a new study suggests that the pharmaceuticals in these biosolid fertilizers may have a detrimental effect on crops.

Pharma on the Farm

The study, out this week from the journal Environmental Science and Technology, found that zucchini plants were damaged by two common pharmaceuticals: carbamazepine, which is used to treat epileptic seizures, and verapamil which controls high blood pressure.

The researchers chose to study zucchinis because the plants produce a large fruit, which is easy to measure. But the study’s results could apply to a variety or crops and vegetables, says Laura Carter, a PhD student at the University of York in the United Kingdom, and one of the study’s authors.

“Drugs have been detected in biosolids destined for land application and in reclaimed wastewater applied to land,” says Carter. “If you link this back to studies such as ours, which show they are taken up by plants, there is a widespread impact that may occur.”

Biosolid fertilizers can contain concentrated cocktails of pharmaceutical drugs. The medicines find their way into the fertilizers when wastewater treatment plants don’t adequately remove the drugs after people ingest and excrete them. These pharmaceuticals can also contaminate reclaimed water used for agricultural irrigation and leak into the environment polluting rivers, often causing male fish to develop female anatomy.

When scientists first started to find pharmaceuticals in biosolids they were worried that edible plants could absorb the drugs from the soil and potentially harm people who ate them. But most studies to date have found little risk to people. The plants, however, have not fared so well.

Carter and her colleagues at the Australia’s Commonwealth Scientific and Industrial Research Organization (where she was located before moving to York), watched what happened to the zucchini plants when they were exposed to drugs at the low concentrations that they might find in the environment (0.005mg/kg). They also studied the effects at a range of higher concentrations up to 10mg/kg.

The research team discovered that, even at low levels, the drugs interfered with important plant hormones that support the zucchini’s defenses against predator attacks and diseases. Gardeners and farmers using contaminated biosolids might not see any visible impact on their crops and vegetables, but “something might be going on in the plant’s hormonal system,” says Carter. Additional studies are needed to confirm that the altered hormones undermine the plant’s defenses, she says.

“This study shows there is an effect at the low concentrations seen in the environment. Other studies have only looked at very high drug concentration that are unrealistic,” says Tomer Malchi, an environmental chemist at the Hebrew University of Jerusalem in Israel who specializes in pharmaceuticals in soil and water.

This is Your Zucchini on Drugs?

At some higher concentrations, the drugged-up zucchinis’ roots were stunted and their leaves developed burnt edges and white spots. “We thought the discoloration meant that the plants were suffering from a nutrient deficiency,” says Carter. But instead they found that the damaged plants had higher levels of some essential nutrients such as potassium, compared to control plants that were not exposed to any drugs. More essential nutrients can be good thing, but if the levels become too high they poison the plant, says Carter.

The drugs also damaged the zucchini’s alchemic ability to make its own energy from sunlight, the process known as photosynthesis. At the higher drug concentrations, the research team saw drops in the leaves’ levels of chlorophyll a, the substance that makes plant leaves green. “This suggests a reduction in the photosynthetic ability of the plant,” says Carter. Less photosynthesis means less energy for the plant to grow an edible zucchini.

The results don’t sound the death knell for biosolids just yet, says Dr. Christopher Higgins, an environmental scientist at the Colorado School of Mines. But he cautions against civil engineering projects that produce large amounts of biosolids to reclaim land, such as the Loop project in Seattle, Washington, which recycles wastewater in Kings Country to produce a biosolid fertilizer that is used in forestry projects and on local farms. (The makers of Loop contend that it is safe, however).

“There are some risks, such as the effect of pharmaceuticals, that need to be captured before we go off and do something like that,” he says.

“There are no controls at most wastewater treatment plants to ensure you have low concentrations of pharmaceuticals in biosolids. There is no telling what you might have at high concentrations,” says Higgins.

What Can Be Done

Higgins urges industry and regulators to pay more attention to what substances are discharged into wastewater treatment plants. “It’s not just the impacts on biosolids that can be problematic. Drug manufacturing facilities, for example, can release very high concentrations of drugs into wastewater,” he says.

For gardeners, identifying fertilizer made with biosolids can be tricky, as companies are not required to tell consumers when they’re being used. And while applying small quantities in your backyard might not be cause for concern, Malchi says a close eye should be kept on the impacts of large-scale commercial use.

“No one really knows how much of these compounds are being introduced into the environment,” he adds.

Natasha Gilbert is a freelance journalist covering science, the environment, agriculture, and international development. She writes for Nature, NPR, SciDev among other publications. Her work has taken her to the top of Mount Elgon, in Uganda to report on African farming and Monsanto's GMO greenhouses in St. Louis, Missouri. She is based in Washington DC. Learn more on her website. Read more >