As the world prepares for critical climate negotiations in Paris this December, the former White House chef hopes to put food and agriculture on the global climate agenda—and on world leaders' plates. 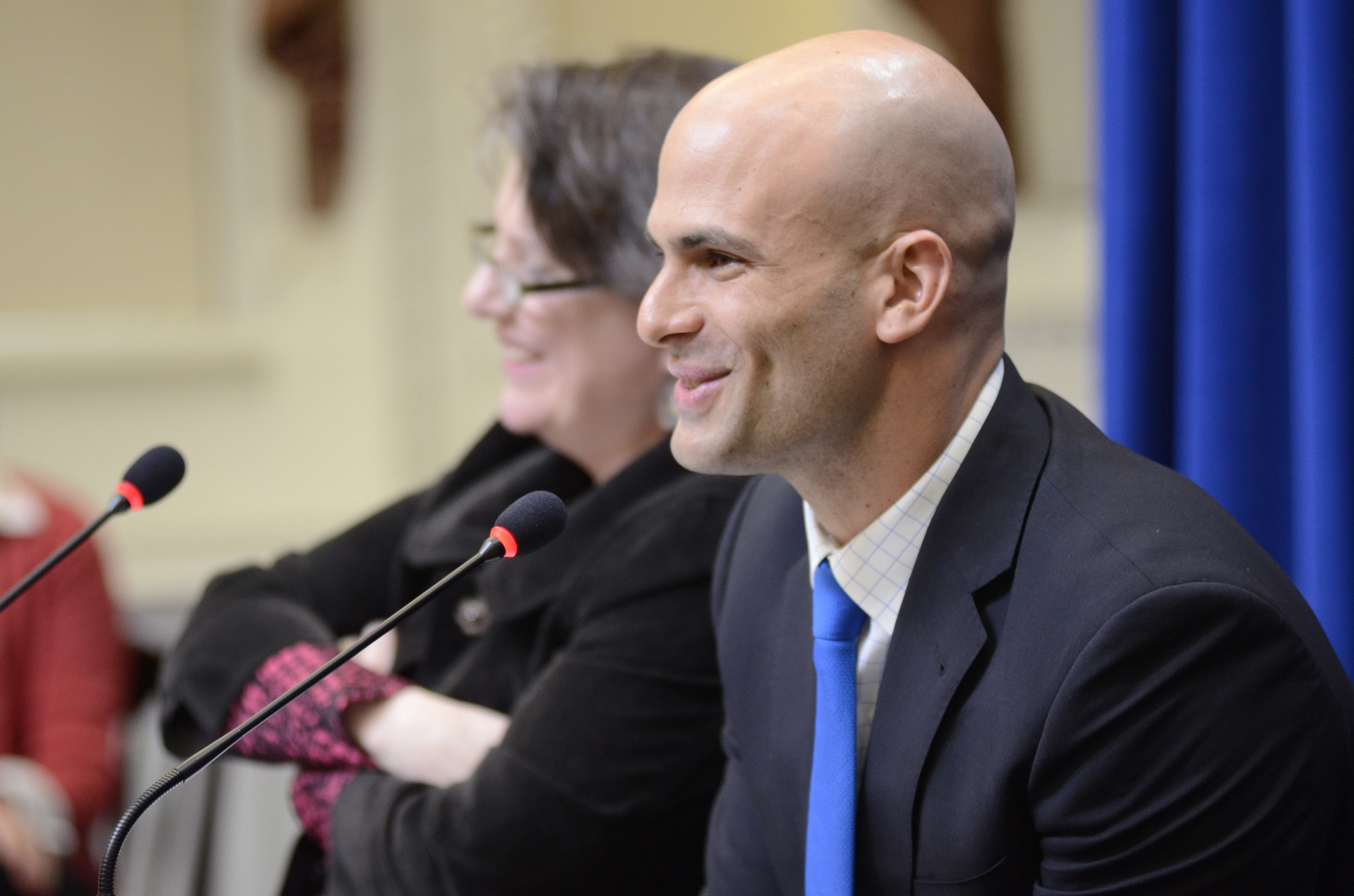 Since Sam Kass left his position as assistant White House chef and executive director of the first lady’s “Let’s Move!” campaign late last year, he has had no shortage of things to do. For one, he’s preparing to join the NBC News team as a senior food analyst. But first, Kass is planning some very important meals.

This December, 25,000 delegates from 190 nations will be meeting in Paris for the United Nation’s Conference of Parties or COP 21. The goal is to ensure every nation takes action to keep the average global temperature increase below 2 degrees centigrade by achieving a “binding and universal agreement on climate, from all the nations of the world.”

“Many who are paying attention are saying these are the most important negotiations of our lifetime,” says Kass, who hopes to bring together the leaders of as many nations as possible over food. But not just any food—he’s planning meals that send a clear message about the crucial role food and agriculture will play in either mitigating climate change, or adding to its snowball effect, in the years ahead.

From the methane produced by livestock and food waste, to the nitrous oxide that escapes from manure and fertilizer, to the carbon dioxide left unabsorbed when rainforests are cut down to make way for cattle and soybeans, food and agriculture add significant quantities of greenhouse gases to the atmosphere. And yet, says Kass, they are often under-represented in climate negotiations. But, he adds, “there will be a massive cost to pay if food isn’t in that mix.”

Food Waste and Beyond

Kass’ climate campaign began in September when he and Dan Barber, author of the Third Plate and chef at Blue Hill and the Stone Barns Center for Food and Agriculture, prepared an unprecedented meal at the UN for a significant number of world leaders including General Secretary Ban Ki-Moon and French President Francois Hollande, aimed at highlighting the fact that food waste is a major contributor to climate change. The meal included a burger made from vegetable pulp and “French fries” fashioned from starchy corn used to feed cattle.

“If it were a nation, rotting food would be the third largest emitter of greenhouse gas [after China and the U.S.] and takes 28 percent of the planet’s agricultural land to produce,” says Kass.

Barber, who hosted his own, much-discussed food waste-themed pop-up restaurant earlier this year, says that while prompting a discussion about food waste with a group of international leaders over lunch felt important, he is aware that many of the cultures represented in the room have much deeper practices—and entire cuisines—based on using up every ingredient and preventing waste.

“It wasn’t an issue of instructing leaders of developing countries or even countries like France about food waste. This type of waste is an American phenomenon. But it’s also one we’re importing, just as we’re importing our destructive approach to land use, meat eating, and growing so much corn to feed cattle.” The Western diet, he says, “is wasteful, from feed to plate.”

To this end, in addition to food waste, Kass hopes to stage meals made with ingredients that will either be made unavailable or very expensive for the generations to come. He describes the idea as, “a meal your kids won’t be able to eat.”

These leaders are human, Kass points out, and “when you put the plate in front of them, it makes it all really resonant.”

He recently co-hosted a sustainability-focused meal in Lima with Peruvian chef Gastón Acurio and Sean Penn at the World Bank-International Monetary Fund annual meetings and spoke to the power of food to inspire sustainable policy.

Now, Kass is in the process of organizing additional meals in Paris (and in the run up over the next few months) with the hope of compelling leaders to place the food system on the list of sectors requiring action along with the energy and transportation sectors. He believes the recent lunch was the first UN sanctioned meeting in which heads of state openly talked about the connection between food systems and climate change.

The Importance of Soil

Kass will also have allies in Paris, such as the Center for Food Safety (CFS), which will be there to highlight the importance of carbon capture in soil through use of agroecological practices. According to Diana Donlon, CFS soil program director, capturing carbon in soil is the “low hanging fruit” in the effort to mitigate climate change.

“It can be done globally, is inexpensive, carries no risks and can be started immediately,” she says. In fact, capturing carbon has several co-benefits: increasing crop yields and the water carrying capacity of soil and minimizing erosion, all of which are huge gains for a world increasingly short on land, water, and food.

CFS will participate in the COP21 meetings and will host a panel on soil that includes noted scientist Dr. Hans Herren, recipient of the 1995 World Food Prize and lead author of the seminal International Assessment of Agricultural Knowledge, Science and Technology for Development (IAASTD) Report. Published in 2008, the IAASTD report was among the first major UN Environmental Program studies to argue with powerful scientific evidence that sustainable agriculture is a better alternative for feeding the world than industrial agriculture.

Donlon sees the meeting in Paris as a critical moment and she is optimistic that more world leaders will begin to see food systems as a potential solution to climate change. She points to that fact that soil scientist Rattan Lal of Ohio State University has been working with the French Minister of Agriculture, Stéphane Le Foll, who is committed to placing soil carbon sequestration among the actions to be recommended out of COP 21.

Lal wrote to Donlon in July saying, “This is the first time that we have strong backing of a high level politician, [from a leader] who also understands the significance of this strategy. I am very optimistic about the forthcoming events.” President Hollande also participated in the Kass-Barber lunch.

Getting in the Room

The idea behind COP 21 is that each world leader will commit to a larger GHG-reduction goal in Paris, and then to go back to their country and figure out how to reduce emissions locally. And Kass hopes to inspire high-profile chefs everywhere to help keep the issues of food, agriculture, and climate on these world leader’s minds.

“If we can build a global network of chefs who are engaged and have an elevated voice because they’re on this kind of stage, we can start to inform how these [climate] policies are developed country-by-country,” he says.

“And maybe one key leader could taste something and hear one statistic and decide to do something about it,” Kass adds. “Food gets us in the room in a way that no one else in the world can be in that room.”