Was This Soda Critic Fired for Speaking Up? | Civil Eats

Was This Soda Critic Fired for Speaking Up?

San Antonio’s former health director claims he was dismissed after criticizing sugary drinks. Records raise the question about whether the city effectively gave the beverage industry veto power over a city campaign. 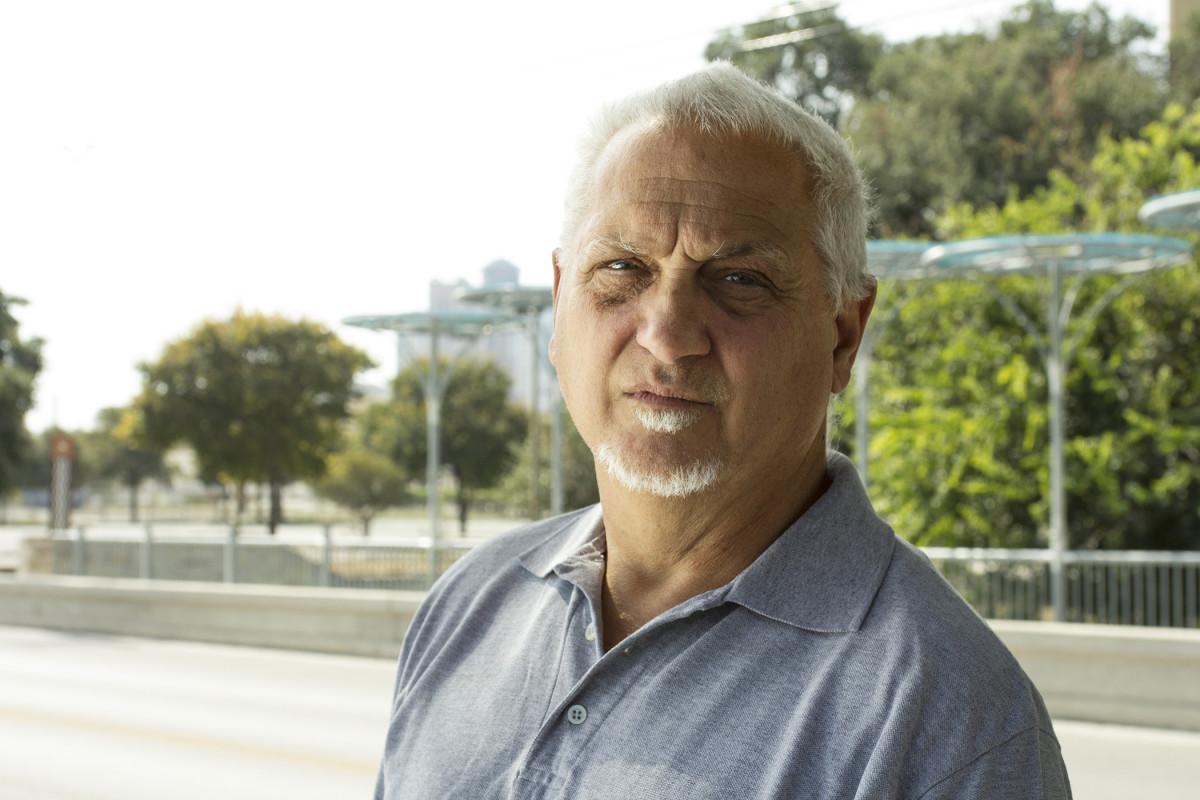 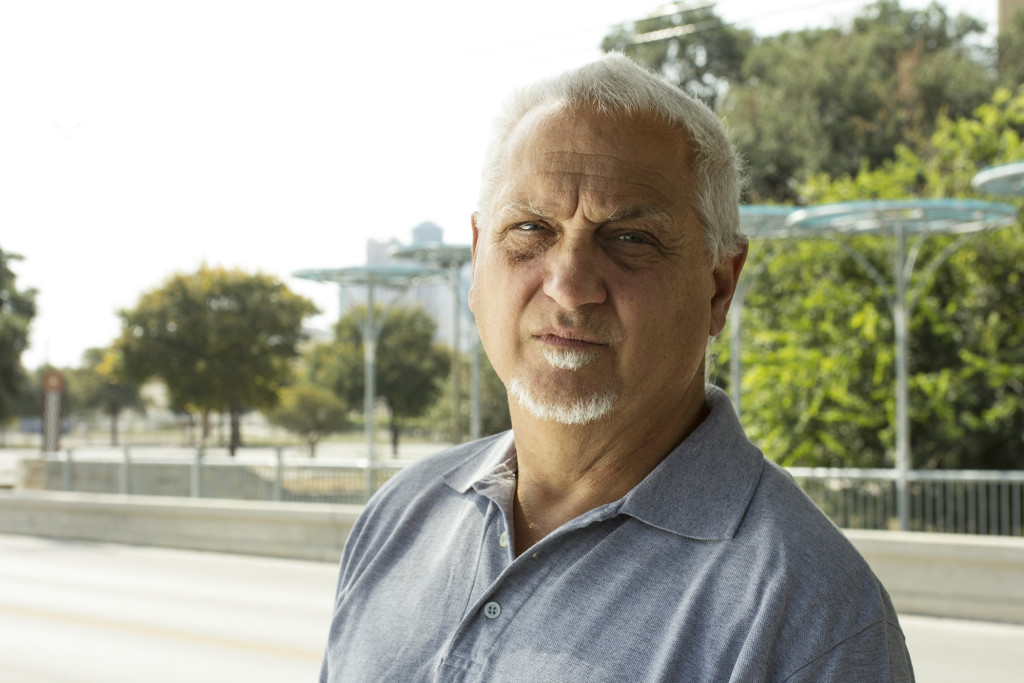 When Thomas Schlenker was dismissed from his role as the Metropolitan Health District Director in San Antonio, Texas last July, the city said it was due to “unprofessional conduct.” But Schlenker believes he was let go for fighting Big Soda.

In an August op-ed, the 65-year-old pediatrician describes San Antonio as, “a community two-thirds overweight or obese, 18 percent diabetic, where it has been amply demonstrated that these morbid conditions are tightly associated with daily soda consumption, and where 64 percent of the populace drink one or more sodas every day.” Yet, Schlenker’s 2014 effort to lower sugary drink consumption through a public health education campaign was undermined, he says, and eventually derailed by the soda industry.

Schlenker, who began working for the city in 2011, first became interested in the link between obesity, diet-related illness and sugary drink consumption in 2013. At the time, Centers for Disease Control and Prevention-funded nutrition and physical activity initiatives (including public education campaigns) were found to have helped decrease the adult obesity rate from 35 to 29 percent in Bexar County (which includes San Antonio)—a statistically significant finding. “We found that over the two-year time period, the proportion of folks who drank soda daily, went down in exact parallel with the obesity rate,” he says.

And yet, the city was receiving significant donations from the soda industry ($3.7 million total to San Antonio in 2013 and 2014). Concerned about an inherent contradiction, as well as the city’s declining health, Schlenker proposed a public education campaign.

Although the city says its decision to let Schlenker go is unrelated to these facts, the correlation fits a larger pattern taking place in cities across the country, where soda industry funding often coincides with big changes in public health programming.

In Philadelphia, for instance, the American Beverage Association pledged a $10 million donation in 2012 to a local children’s hospital for childhood obesity research and prevention, while simultaneously lobbying the Philadelphia City Council to kill a proposed soda tax. They also donated $45,000 to the progressive Harvey Milk Club in San Francisco, which then publicly opposed the 2014 sugary drink tax in that city. Similarly, Coca-Cola made a $3 million donation to establish nutrition and fitness programs around Chicago, just months after the Chicago City Council proposed a soda tax, which failed to pass.

Under fire for funding scientific research that de-emphasizes the link between sugary drinks and obesity, Coca-Cola has since released a broad list of health, medical, and community organizations that have received close to $120 million in donations since 2010.

In all of these cases, critics say the soda industry hoped to reframe the debate, shifting focus away from the connection between obesity, chronic disease, and sugary drinks. This type of philanthropy also has the ability to silence potential critics. As Schlenker sees it, that’s precisely what may have been happening in San Antonio.

After Schlenker presented the 2013 data correlating sugary drink consumption with obesity to city officials in San Antonio, Mayor Julian Castro supported forming a working group to develop a public campaign to lower consumption of these drinks.

The working group, which consisted of Metro Health, the American Heart Association, the Methodist Health Foundation, Interlex Communications, and Salud America, began meeting in the summer of 2014.

Emails obtained by the San Antonio Express-News, through a Freedom of Information Act request, show that the Coca-Cola Company Director of Public Affairs and Communication, Luisa Casso, reached out to city leaders and asked to be part of the effort to design the campaign.

Schlenker says he was directed by San Antonio City Manager Sheryl Sculley to meet with Casso (who is also associated with the Texas and American Beverage Associations), and other beverage industry leaders “to arrive at common ground.”

“I met with soda people in July and August and then into the fall,” he says.

“Luisa was saying how closely Coca-Cola had worked with a Midwestern city. They had developed a nice relationship with that mayor’s office when their public health department had kind of gone overboard and linked soda to obesity,” says Schlenker. “She said that, ‘we got them to see a broader view and were able to help them substantially in their obesity prevention efforts.’”

“The meeting was all about what industry could do to help us in San Antonio if we had ‘a more enlightened view’ on health, fitness and obesity,” he says. Casso did not respond to Civil Eats’ request to confirm that this conversation took place.

In the late fall 2014, Schlenker says he was instructed by the City Manager’s office to include Casso in the working group. “Within three months,” he adds, “Casso was successful in grinding everything to a halt.”

The working group had hoped to include messages about drinking less soda in its campaign, but it soon became clear that there were two things Coca-Cola couldn’t support in the campaign messaging, says Schlenker: “They would not support any mention of the link between sugar and obesity. Casso said it was unproven science. They also would not allow us to identify how much sugar was in any commercial beverage.”

The emails obtained by the San Antonio Express-News confirmed this. In one email, Casso explained the soda industry’s point of view on educating consumers about the amount of sugar in soft drinks and alluded to its ability to approve the campaign: “Here, it should be recognized that the intent of the campaign is not to demonize the industry or its products. … The industry will not look positively on images of sugar to promote ‘shock’ value—this point could have agreement but will be difficult to give a blanket approval without seeing the images.”

Shortly after Casso joined the group, Schlenker says Walsh told him: “unless Luisa signs off on your recommendations, they would not move forward.”

Schlenker says he decommissioned the group in January 2015 because there were “no realistic prospects of coming to an agreement.”

Jeff Coyle, Director of Government and Public Affairs for the City of San Antonio, denies that Casso could have derailed the working group: “She did not have veto power. She was one stakeholder invited to participate.” When asked why the City would invite a soda company to join a public health working group, Coyle responded: “Stakeholder process has limited value if all of the stakeholders see things the same way. They were offering a perspective and viewpoint that was likely different than others around the table.”

But working group member Rudy Ruiz, CEO of the marketing and PR firm that created the campaign, tells a different story. “We were very disappointed after the months-long, research-based process that the group’s campaign message and creative approach ran into a brick wall with Coca-Cola,” he said. “We had no idea that one working group member, in particular the soda industry, would have veto power over the entire campaign.”

In an op-ed about the demise of the group, Ruiz wrote:

Coca-Cola Company Director of Public Affairs and Communications Luisa Casso, at times joined by representatives from the Texas Beverage Association, repeatedly took issue with any brand names, messages, or imagery that they perceived as “negative,” despite the fact that these concepts tested as most effective in raising awareness about the potentially harmful effects of sugary drinks and motivating people to reduce consumption.

Just weeks after Schlenker disbanded the working group, the surrounding Bexar County picked up the ball and formed a coalition to design a similar  campaign to reduce sugary drink consumption. Schlenker was invited to join the coalition, and in June 2015, the county released a campaign called “Is Your Drink Sugar Packed?” throughout the county and in San Antonio (see image below). The campaign reveals the amount of sugar in soft drinks and draws a connection to obesity. 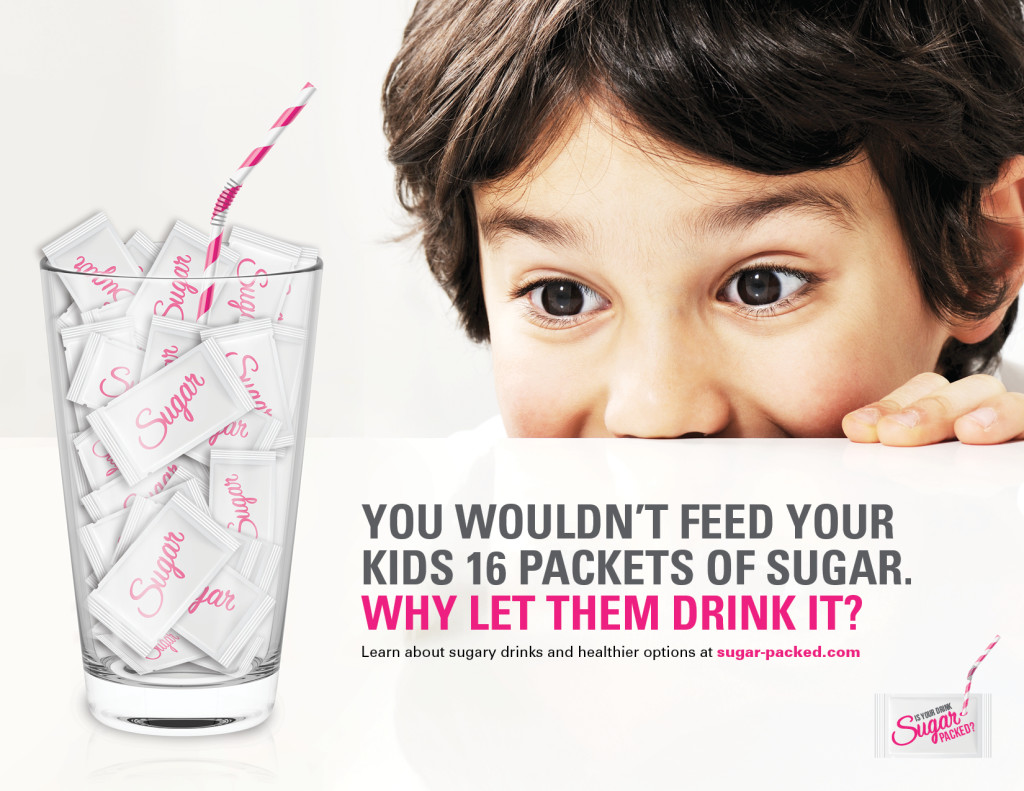 In April 2015 Schlenker sought a San Antonio City Council resolution supporting the Bexar County educational campaign. The Council, including Mayor Ivy Taylor, would not support any initiative to discourage consumption of sugary beverages.

In December 2014, San Antonio’s Mayor Ivy Taylor announced a grant of $200,000 from Coca-Cola to renovate a local Park. In June 2013, Mayor Castro announced a $1.5 million award from The Coca-Cola Foundation to create a healthier community and lower the obesity rate. The grants went to organizations like San Antonio Sports and the San Antonio Food Bank to “get San Antonians moving” and provide nutrition education. Then, in January 2014, the American Beverage Foundation for a Healthy America awarded the city a $2 million grant for its participation in the Employee Wellness Challenge with the City of Chicago.

The End of a Tenure

According to a statement by City Manager Sculley, Schlenker was terminated as “the result of a two year history of increasing dissatisfaction with his lack of leadership, continued disregard for direction and repeated instances of unprofessional conduct.” She also cited, “unprofessional treatment of women” on three occasions.

“I was totally taken by surprise when (Sculley) called me in at the end of the day and summarily fired me,” says Schlenker.

An HR document provided to Civil Eats by Jeff Coyle lists nine incidents/complaints about Schlenker in 2014, including charges of insubordination, disengagement, failure to follow directions, treating women differently, being argumentative and failure to submit op-eds and articles for review before publishing. On May 15, 2015, a female employee complained that Schlenker made inappropriate comments about women on three occasions. Schlenker says he was not notified about the woman’s claim until the day of his dismissal.

According to Coyle, there were no problems documented prior to 2014.

However, Schlenker was awarded unemployment compensation after the Texas Workforce Commission reviewed the circumstances of his dismissal, and sided with him. “Our investigation found that your employer fired you for a reason that was not misconduct connected with your work,” reads a September letter from the commission.

During Schlenker’s five year tenure at the helm of the city’s health department, San Antonio saw a drop in the teen birthrate by 21 percent; passage of statewide legislation to require testing for syphilis in the third trimester for all pregnant women in Texas; and growth of Metro Health’s prevention program by over $10 million a year.

As of now, Schlenker plans to remain in San Antonio and continue to work on educating the public about sugary drinks. Despite recent history, he says he is not against the soda industry giving money to cities.

“In fact, I think they should give even more money to cities,” he adds. “But not in exchange for interfering with city politics or setting city policy.”

Photo at the top courtesy of Dr. Thomas Schlenker.