All the News That's Fit to Eat: Dietary Guideline Drama, a Likely Antibiotic Ban, and a Pumpkin Shortage | Civil Eats

All the News That’s Fit to Eat: Dietary Guideline Drama, a Likely Antibiotic Ban, and a Pumpkin Shortage 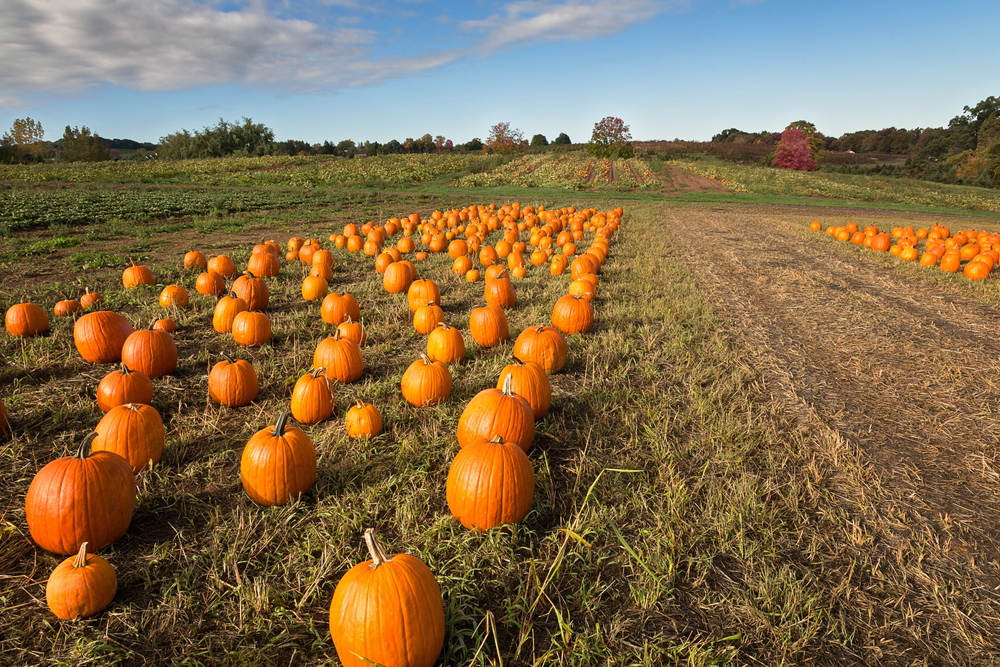 Another full week of food policy news. Don’t worry, we’ve got you covered.

Earlier this year, the Dietary Guidelines Advisory Committee recommended for the first time that food system sustainability be incorporated into the federal government’s dietary advice. This week, U.S. Secretary of Agriculture Tom Vilsack and Secretary of Health and Human Services Sylvia Burwell stated that sustainability will not be included, adding that they “do not believe that the 2015 DGAs [Dietary Guidelines for Americans] are the appropriate vehicle for this important policy conversation about sustainability.”

The recommendations were controversial, especially because the debate about sustainable diets has focused on reducing meat consumption, something the meat industry does not want to see happen. The industry has opposed the idea of including sustainability in the guidelines, saying it is “outside of the Dietary Guidelines Advisory Committee’s scope and expertise.” On Wednesday morning, Secretaries Vilsack and Burwell testified before the House Agriculture Committee on this topic. Members of congressional committee aired their concerns that the dietary guidelines could be influenced by special interest groups, environmental concerns, and private sector bias instead of by science.

Some schools are reporting that the new nutritional standards signed into law by President Obama in 2010 have resulted in fewer children participating in the school meals program and more food waste because students are not eating the healthier alternatives. U.S. Secretary of Agriculture Tom Vilsack says Agriculture Department data showed that the new school nutrition standards were being met by over 95 percent of schools, and they are working to help the small number of schools that aren’t meeting the standards. For a comprehensive rundown of the science and politics of school lunch, read 5 Things to Know About the Congressional Battle over School Lunch.

The Money Behind the Fight Over Healthy Eating (Politico)

More controversy over the 2015 Dietary Guidelines occurred late last month, when Nina Teicholz, author of a book titled, The Big Fat Surprise: Why Butter, Meat and Cheese Belong in a Healthy Diet, called out the authors of the federal dietary recommendations for “shoddy science and conflicts of interest” in the British Medical Journal. But ProPublica points to the fact that Teicholz is in fact an organizer of a lobbyist group that aims to reshape how the U.S. government determines what makes a healthy diet, and the recipient of a great deal of support from a former Enron executive worth billions of dollars.


Why the Next President Will Need a National Food Policy (Medium)

Mark Bittman, Michael Pollan, Ricardo Salvador, and Olivier De Schutter published their call for a National Food Policy last fall. Now they’re urging us to take the next steps. The first is to call on all candidates running for president to put forth their own National Food Policy. The second is to begin filling in some of the detail of what a progressive food policy should look like when the next president takes office, and to begin specifying the levers of power available to implement such a policy. Rosamond Naylor, a professor in the School of Earth, Energy, and Environmental Sciences at Stanford, applauded the call for a National Food Policy, asserting that, “The objectives of food and agricultural policies in virtually all countries need to shift, on balance, from promoting staple food supplies to enhancing nutrition.”

California Governor Jerry Brown is expected to sign new legislation on Sunday that will strictly limit antibiotic use in agriculture and possibly reduce the number of deaths and illnesses caused by drug-resistant bacteria. If the bill passes, California will be the first state in the nation to outlaw the routine use of human antibiotics in livestock. Update: Governor Jerry Brown signed the bill on Saturday. It will go into effect on Jan. 1, 2018.

Think Europe’s Halting GMOs? It Could Be Heading For More (Reuters)

Though nineteen out of 28 European Union member states have requested opt-outs for all or part of their territory from cultivation genetically modified (GM) crops, farmers and feed producers expect GM crop output to grow. The president of the LAPAR league of Romanian farmers says farmers in countries like Spain, Portugal, and Romania will no doubt be interested in utilizing GMOs to reduce production costs and increase yields.

On Monday, the Obama administration announced plans to step up the fight against illegal fishing, pollution, and other crimes at sea. The administration intends to expand the use of satellites that track illegal activity and better track all seafood that enters American ports. In addition, two new national marine sanctuaries (one in Maryland and the other in Lake Michigan) will be created.

Big Sugar and Big Corn Syrup have been in a disagreement about what should be considered a “natural” sweetener since 2011, and billions of dollars are at stake. That year, a coalition of big U.S. sugar growers and refiners sued the Corn Refiners Association for an advertising campaign that claimed-high fructose corn syrup (HFCS) was as natural as sugar and a nutritional equivalent. Big Sugar argues that HFCS does not qualify as a “natural sweetener,” while Big Syrup disagrees. In November, a Los Angeles jury will hear the case and decide whether the corn association should be fined up to $1.6 billion for misleading consumers. Unlike the organic label, “natural” has no official definition and that makes the case more convoluted for the jury.

Monsanto Co. is cutting 2,600 jobs and restructuring operations to cut costs after it reported a much wider quarterly loss and gave an outlook below many analysts’ expectations. It also expects low prices for agricultural products to continue well into 2016.

Pumpkins Available for Halloween but Maybe Not Thanksgiving (Associated Press)

A pumpkin shortage may be looming. Record rainfall this summer in Illinois—where about 90 percent of the country’s pumpkins are grown—could have reduced yields by as much as a third. University of Illinois professor Mohammad Babadoost’s suggestion? “I would not wait until Nov. 20. [to buy a pumpkin for Thanksgiving]. I’d buy it whenever it comes to the store.”