A new study confirms suspicions that diversity of American crops has declined. 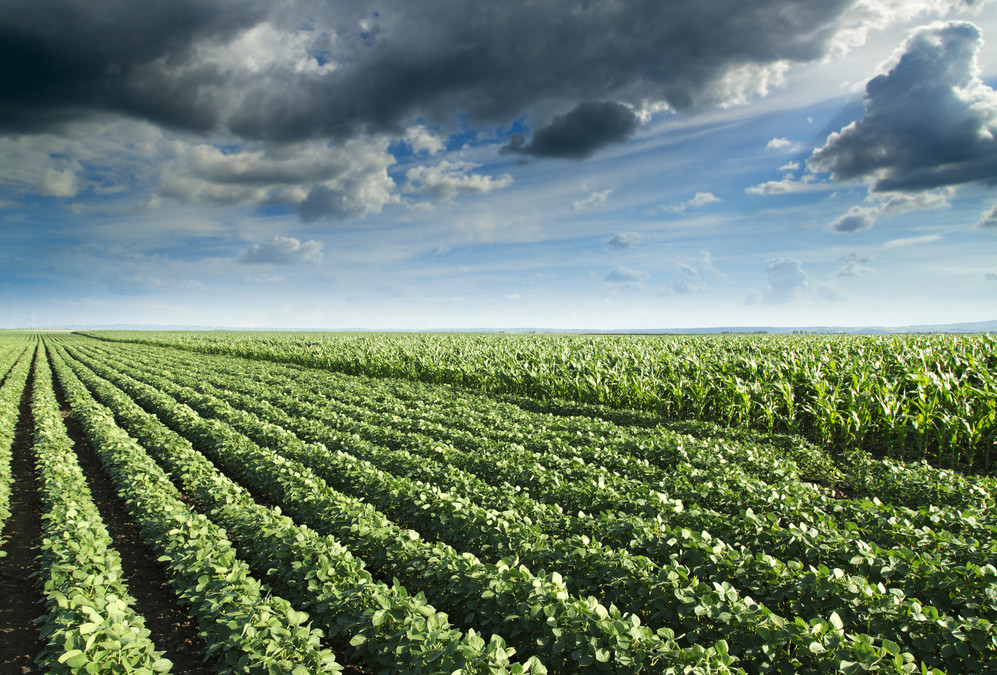 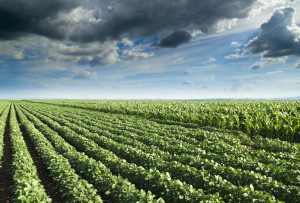 If you’ve ever driven through the middle of the country, where single crops dominate the landscape for miles, you may think that the bulk of our farms grow just a few foods: corn, soybeans, wheat, and rice. Now, it turns out, you were right.

A new study published last month in the journal PLOS ONE, shows that U.S. crop diversity is significantly lower today than it was 30 years ago. So while it’s been a commonly held belief that U.S. farms are moving toward monoculture, and away from crop diversity, now there’s solid evidence to support that claim.

Diversity has long been recognized as a basic tenet of sustainable agriculture. Growing a variety of foods not only improves resilience against drought and disease, but it’s also essential to long-term food security, biodiversity, and human nutrition. And conventional monocropping is tied a number of environmental issues, from pesticide-resistance to run-off from fertilizer. So the move toward fewer crops is a move away from sustainability.

The new research, conducted by the U.S Department of Agriculture (USDA), in conjunction with Kansas State University and North Dakota State University, compared agricultural census data collected every five years between 1978 and 2012 to determine the number of crop species dominating production for each county in the contiguous U.S. The analysis allowed the team to map and identify “hotspots” of agricultural diversity and track their changes over time. As recently as 1982, for instance, five crops dominated U.S. agriculture. In 2012, it was only four.

That might not seem like a big difference, says John Hendrickson, a rangeland ecologist with the USDA’s Agricultural Research Service and project investigator, “but it’s enough to ask questions as to the implications of losing that crop.” 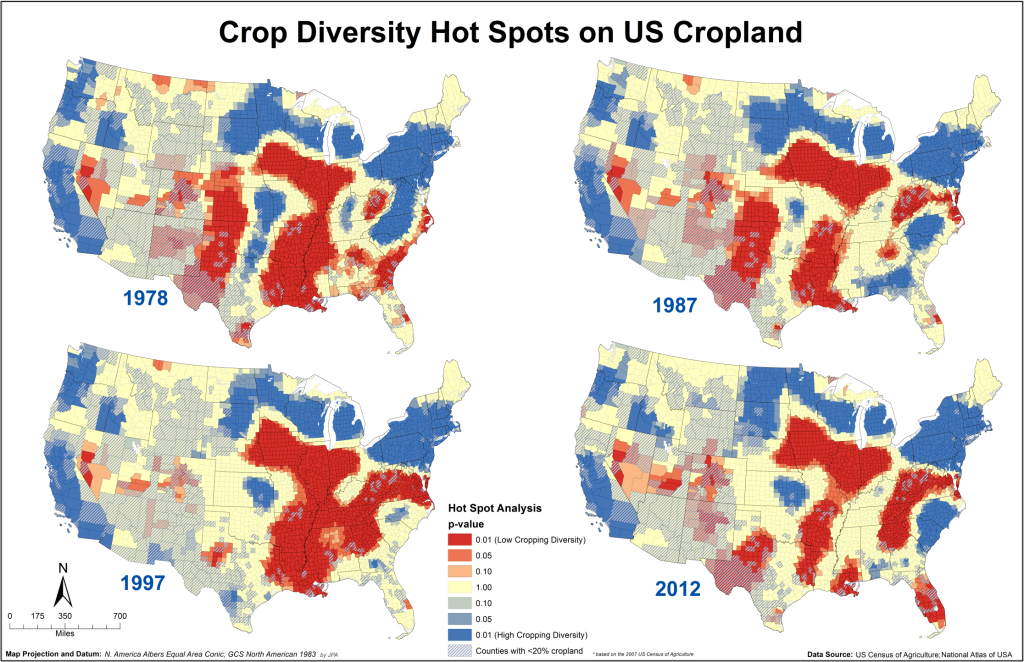 Greta Gramig, a weed ecologist with North Dakota State University and collaborator on the project also points out that by 1978, the first year of data they analyzed, much of the country’s crop diversity had already been lost. Small farms, which typically grew a greater variety of fruits and vegetables, have declined substantially over the last century. “If we had been able to look back 100, or even 200 years, we would have likely seen even larger losses,” she explains.

The silver lining? Not all regions of the country have followed the same trend. When the researchers divided the U.S. into nine Farm Resource Regions set by the USDA (pictured), just three had less diversity in 2012 than they had to 1978.

In fact, five regions—including the “Fruitful Rim” region of coastal California, Texas, and Florida—where most of the nation’s fruit and vegetable production is concentrated, maintained the diversity of their harvests over time. And one region—the area around the mouth of the Mississippi—even had greater crop diversity in 2012 than in 1978. 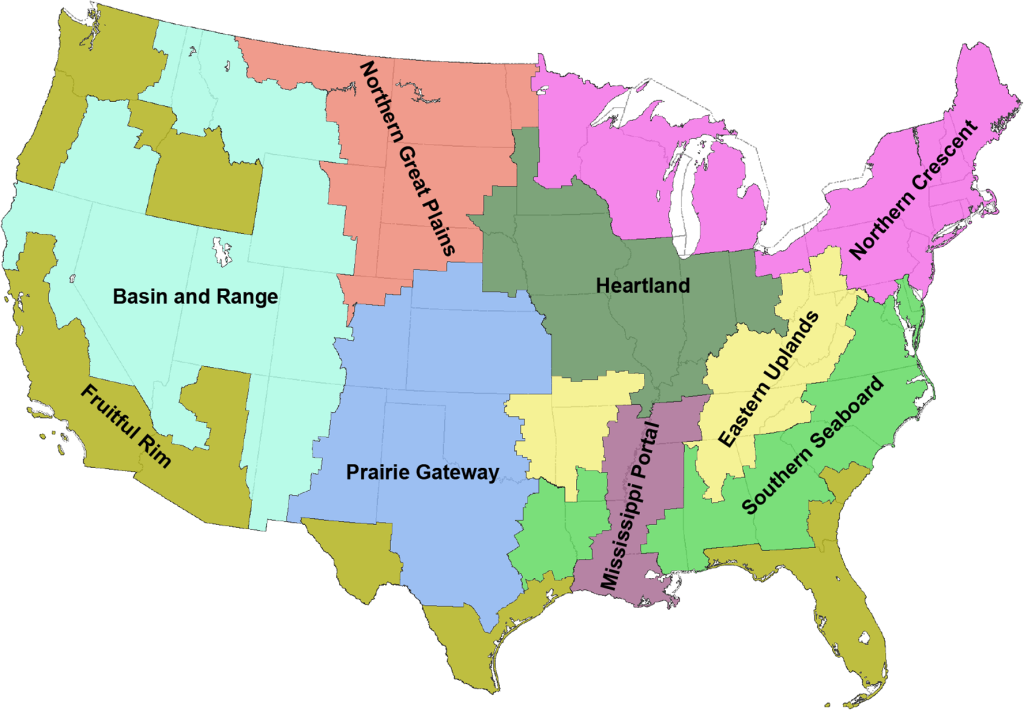 The study wasn’t intended to speak to the causes underlying the changes, but several forces are likely at work. While changes in technology and plant genetics have made it more cost-efficient and less-labor intensive to grow a single variety of crop, changing market demands and prices can also impact farmers’ choices in what to grow.

Take corn, for instance. Over the last decade, heightened demand for biofuels coupled with record high prices contributed to an 8 million acre increase in land devoted to its production, often at the expense of other types of crops. And as many of the nation’s farms have grown larger and more mechanized over the last century, many have resorted to specializing in the production of corn, wheat or soy, rather than growing a wider range of crops.

The researchers point to southeastern North Dakota as a useful example. In 1978, the farms in the region grew a relatively diverse array of grains, such as durum wheat, hard red spring wheat, and barley. But, over the coming decades, the state would bear witness to a severe blight that devastated cereal grain harvests, the development of soybean strains adapted for a North Dakota climate, and a greater market demand for soy. Although a causative link can’t be proven, soybean acreage across North Dakota rose 625 percent in the last decade, from 0.6 million acres in 1994 to 5 million acres in 2014, while crop diversity fell in several parts of the state.

Although Gramig and her collaborators found wide variations in the country’s crop diversity, one trend was apparent everywhere they looked: more counties are losing diversity, than gaining. In the paper they assert that a continued trend towards a less diverse and more homogenous agricultural system could have far-reaching consequences for food-system sustainability.

Fortunately, none of this is set in stone. And because farms are unique ecosystems that are replanted annually, these trends could be reversed fairly quickly. Hendrickson notes that crop rotation is one way farms can easily, and rapidly, add a few crops to their operations. The USDA even provides a free, online tool to guide farmers who want to do that.

But promoting agricultural diversity shouldn’t just be seen as the responsibility of the farmer. Gramig points out that changes in the field need to be supported by agricultural policies and market demands that make change financially feasible. Currently, U.S. policies including the latest Farm Bill provides subsidies to farms that only produce commodities such as corn, wheat, soybeans, and cotton, thus providing an incentive for farmers to continue growing these crops as monocultures as opposed to diversifying their harvests. But, finding a solution that promotes agricultural diversity without undermining current farming operations could prove to be a challenging endeavor.

Consumers also play an important role in shaping the future outlook of U.S. harvests. Consuming conventionally farmed animal products such as meat and dairy, for instance, contributes less to diversity than fruits and vegetables since much of the corn and soy grown in the U.S. goes to feed animals. Similarly, processed foods made with corn and soy by-products are likely supporting the current trajectory. As Gramig puts it: “Farmers are growing what consumers want to buy.”

Jennifer Balmer, PhD is a biologist and freelance science writer based in Charleston, SC. Her work reporting on the intersection of conservation, health, and sustainability, has appeared in Science, Audubon, Conservation Magazine, and NPR’s Science Friday amongst other publications. Read more >