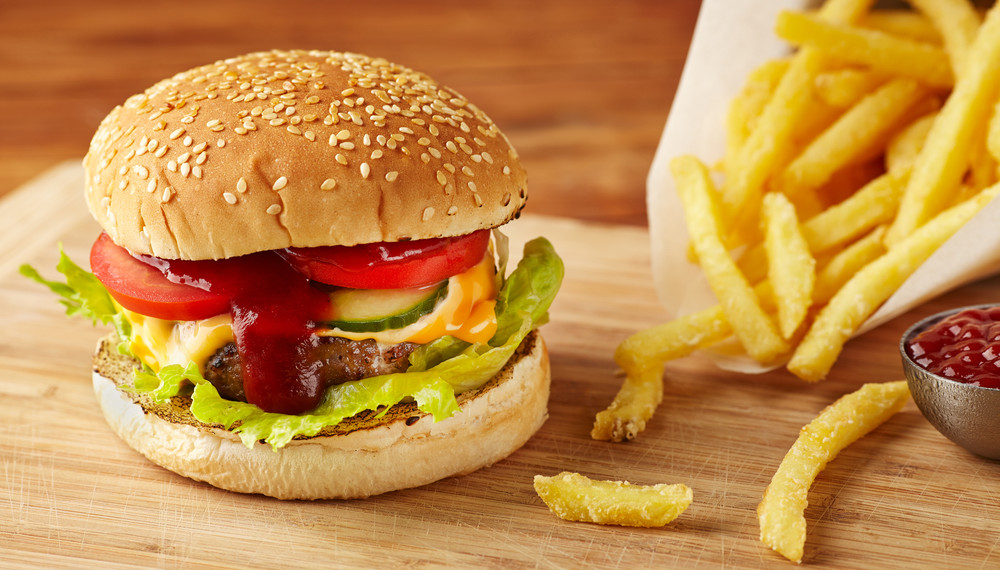 Another busy week and we’re here to get you caught up on the food news.

In a surprising development, the nation’s largest egg industry group is not fighting against a proposed ballot initiative in Massachusetts that would bar the in-state sale of meat or eggs from caged animals raised anywhere in the nation. The move marks a shift in the animal welfare fight after years of the unsuccessful attempts by producers to deflect the cage-free movement.

Scientists are concerned as glyphosate-resistance spreads rapidly in Kansas and up from the Southern U.S. into the Midwest and Plains farming states. Weed resistance to glyphosate, the key ingredient in Monsanto Company’s Roundup herbicide products as well as about 700 other products, has become a significant problem that impacts crop production.

McDonald’s first organic burger, sourced from organic farms in Germany and Austria, will be available in select restaurants in Germany from October 1 to November 18. McDonald’s has been trying out various ways to appear more health-conscious and environmentally friendly, and the move could be a testing ground for a more permanent menu addition.

The U.S. Doesn’t Have Enough Of The Vegetables We’re Supposed To Eat (NPR)

The USDA recommends that adults consume 2.5 to 3 cups of vegetables a day, but the agency’s researchers found that only 1.7 cups per person are available. They also found that nearly 50 percent of vegetables and legumes available in the U.S. in 2013 were either tomatoes or potatoes, with one-third of potatoes and two-thirds of tomatoes used to make processed foods like chips, sweetened pizza sauce, fries, and ketchup. The piece notes that the USDA subsidizes corn and soy instead of supporting “specialty crops” like vegetables, while 87 percent of adults failed to meet the vegetable intake recommendations during 2007-2010. Marion Nestle sums it up best: “We have a serious disconnect between agriculture and health policy in our country.”

It’s officially becoming difficult to keep track of which European Union countries have banned GMO crops. Northern Ireland is the newest addition to the list (France, Germany, Scotland, Greece, Lithuania, and Latvia have all recently taken advantage of the EU’s opt out rule and banned GMO crops). Northern Ireland’s environment minister said keeping GMO and non-GMO crops separate would be difficult due to the small size of farms, adding that the country is proud of their natural environment and rich biodiversity.

A decision issued Thursday sets aside an election held nearly two years ago by workers at Gerawan Farming, Inc., which hires thousands of people annually to harvest nectarines, peaches, and grapes in the Central Valley. The decision says Gerawan used unfair labor practices in its support of a key worker who organized the campaign against the United Farm Workers.

In this opinion piece, Nicholas Kristof asks, will meat alternatives result in a revolution in the human diet? Scientists and food startups are creating alternatives to meat that are tasty, healthier, cheaper, better for the environment, and pose fewer ethical challenges. With all those benefits, there’s a good chance buyers won’t just be vegans but also carnivores looking for healthy, sustainable, cheap food.

Last Friday, the Internal Revenue Service (IRS) told Coca-Cola it owes $3.3 billion more in federal taxes, as well as interest, for 2007 to 2009. Coca-Cola believes the assessments are “without merit” and plans to pursue “all administrative and judicial remedies necessary to resolve the matter.”

JBS, the world’s largest meat producer, wants to be even bigger. The company plans to enlarge its processed foods operations, expand in Europe, and increase its international chicken and pork operations. JBS has recently made billion-dollar acquisitions in the United Kingdom and the United States (including Cargill, Inc’s pork operations). See our article on JBS for more.

California legislators recently passed a bill aimed at limiting the overuse of antibiotics in livestock and now it’s up to Governor Jerry Brown to decide whether or not to sign it. The bill would prohibit the use of medically important antimicrobial drugs on livestock except in situations where they are prescribed by a veterinarian. It would also outlaw the use of antibiotics solely for the purpose of weight gain.

The 2015 State of Obesity Report found that nationally, more than 30 percent of adults, nearly 17 percent of 2 to 19 year-olds, and more than 8 percent of children ages 2 to 5 are obese. Rates of obesity now exceed 35 percent in three states (Arkansas, West Virginia, and Mississippi), are at or above 30 percent in 22 states, and are not below 21 percent in any. For comparison, in 1980, no state had a rate above 15 percent, and in 1991, no state had a rate above 20.

What the Peanut Poisoning Case Means for the Food Industry (TIME)

Many food industry higher ups are spooked after Stewart Parnell, former CEO of the peanut processing company Peanut Corporation of America was sentenced on Monday to 28 years in prison for his role in a 2008-2009 Salmonella outbreak that killed nine people and sickened more than 700. Parnell’s sentencing could pave the way for even greater focus on food safety compliance. Shawn Stevens, a global food safety attorney who helps companies eliminate food safety risks, says he’s already had conversations with company leaders asking what they can do to avoid a similar fate.

The Carrot War Gets Serious (Politico)

The Fresh Fruit and Vegetable Program, part of Michelle Obama’s healthy school food push, brings fresh food to more than 7,500 of the country’s poorest schools. It doesn’t cost much, and kids seem to like it. Who could argue with a program like that, you might ask? The American Frozen Food Institute, of course, reports Helena Bottemiller Evich for Politico. With the government spending more than $16 billion on school meals each year, lunch trays are a constant battlefield for lobbyists. The frozen food lobbies, as well as the canned food and dried fruit lobbies, are not happy about being excluded from the program, and they’re fighting to get in.