As the food movement grows, the demand for college and university classes focusing on food systems is exploding. 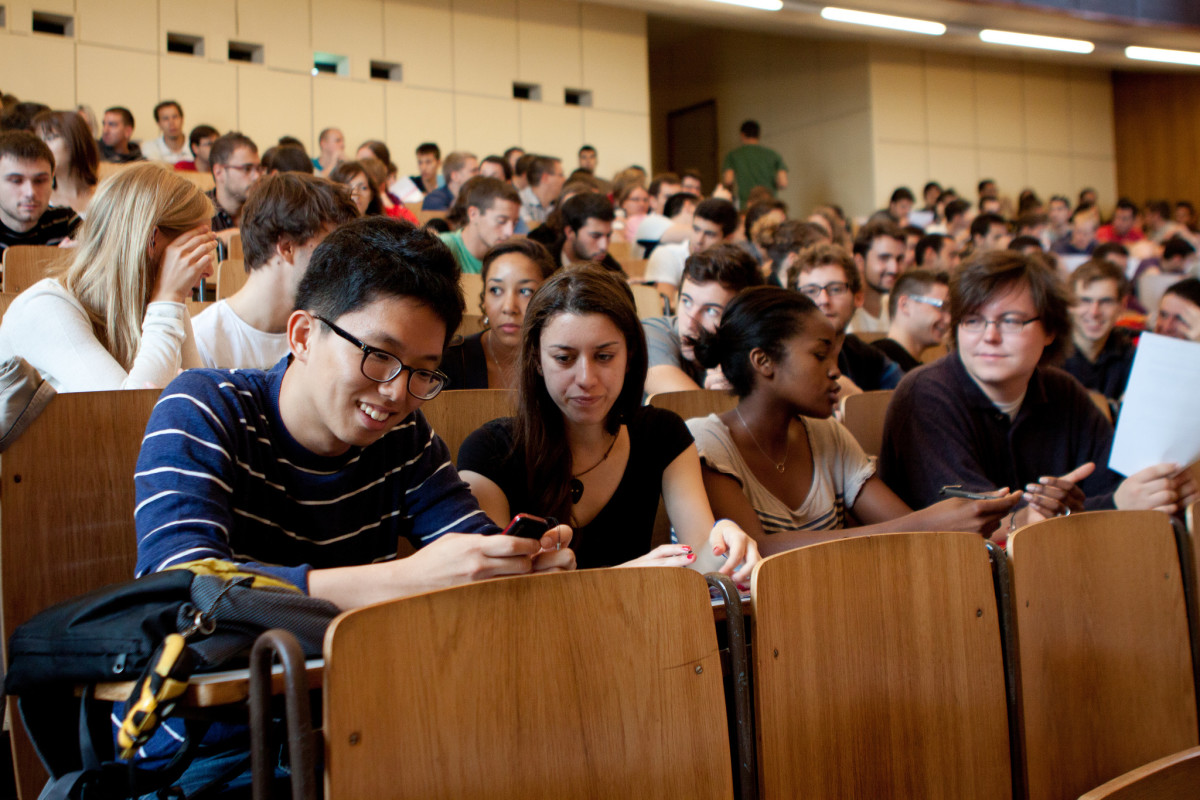 When professor Jennifer Otten stands in front of her first classes this Fall, she’ll see a student in every seat and know that the names of dozens more fill a waiting list. Each of the undergraduate courses she teaches at the University of Washington in Seattle have more than doubled since she started teaching them three years ago, outgrowing lecture halls and even attracting the attention of graduate students hoping to sit in.

What exactly is luring so many students to Otten’s classes? Is she offering an easy A?

On the contrary, the courses in question have names like “Food Studies: Harvest to Health” and “U.S. Food and Nutrition Policy,” niche subjects that would have attracted a much smaller and more specialized student population just a few years ago. These days, though, UW undergrads from every major flock to the university’s ever-expanding slate of food courses—often with little knowledge of the topic, says Otten. “I have really high attendance, which is unusual for an undergraduate class,” she says, adding that the students are also often more willing to participate than usual.

This surge of interest in food as an academic subject extends beyond the classroom at UW. Students at the university volunteer with food justice groups, support campus farms, and some even live together in new “food exploration” dorms. Otten attributes all this, in part, to the school’s location in food-progressive Seattle. But it’s happening everywhere—from the coasts to small college towns and everywhere in between.

A few recent examples showcase the growth of food-related courses in higher education:

Like the Millennial generation before them, today’s college students are obsessed with food. In fact, this is precisely why professor Anderson was invited to teach at Middlebury this Fall. Students there have for a few years been asking for more courses, and possibly a degree program, in sustainable food. Anderson developed the landmark program at Tufts University in 1995, which she directed for five years, and most recently launched a successful sustainable food systems program at College of the Atlantic. At Middlebury, she’ll teach food systems courses while working with students and faculty to “figure out what’s needed” in terms of the larger food focus of the school.

“I suspect the students really want a major in food studies, or sustainable food systems, and I suspect the faculty want something more like a cluster of food courses,” she says. “My job is to reconcile those two.”

Anderson adds that two decades after co-founding what became a nationally recognized sustainable food program at Tufts, many of today’s students bring a deeper concern for issues of justice and inequality than their predecessors.

“You see students now coming in who want to work on farmworker issues and Native American health—things I wasn’t really seeing at all when I started the Agriculture, Food & Environment program at Tufts,” she says. “Social justice was a smaller theme.”

Learning more about the many facets of food earlier in life may also deepen students’ interest in food courses once they get to college. Take recent University of Washington graduate Ryan Laws, for example. Laws grew up in the Berkeley public school system and participated throughout elementary and middle school in Alice Waters’ Edible Schoolyard programming. When he got to college, Laws took both of Otten’s classes, he says, and by the time he graduated with a degree in medical anthropology, he had racked up around 10 food-related courses.

“I took one and caught the bug,” he says.

Laws isn’t alone. Otten says about 60 percent of her introductory Food Studies students go on to take her Food Policy course, and that students from both classes have taken that interest and gotten involved in the campus groups like Real Food Challenge.

Challenges arise, of course, anytime a social movement makes its way to the lecture halls of the academy. A historical pitfall to avoid is the “professionalization” of the food movement, whereby experts in the field are expected to earn an undergraduate degree in food systems, says Dr. Christine Porter, who directs Food Dignity, a collaboration between three universities, one college and five community-based organizations which in 2011 received a $5 million grant by the United States Department of Agriculture to build sustainable food systems that create food security.

The cost of a college education and “massive overhang of student debt” remain challenges as well, says Dr. Krishnendu Ray, who chairs the Department of Nutrition, Food Studies, and Public Health at New York University. He sees, however, opportunities for even more young Americans to study food at community colleges, which have recently begun rolling out programs of their own.

If you talk to enough academic food activists, though, the majority say the movement is and always has been in the fields and markets, and the academic revolution we’re witnessing ought to serve in a supporting role to community-based organizations—not the other way around.

This has worked well at North Carolina-based NC Choices, a program based out of the Center for Environmental Farming Systems at the North Carolina State University, which works with businesses along the state’s supply chain to support sustainable local meat production and sales. Director Sarah Blacklin—who says she had to create her own undergraduate degree program at University of North Carolina Chapel Hill “because there weren’t any food courses”—now lectures to 400 students there and has seen a sharp uptick in student interest in the food supply chain work NC Choices is doing. The collaboration stands as an example of how classroom learning can and should be translated into real-world action.

“You might have heard the phrase that communities have problems and universities have departments,” says Porter of Food Dignity. “While that highlights a need for more systemic approaches in education and knowledge generation, it also ignores a crucial point: Communities also have solutions.”