This California company is diverting millions of pounds of wasted food away from landfills and onto farms without time-consuming composting methods. 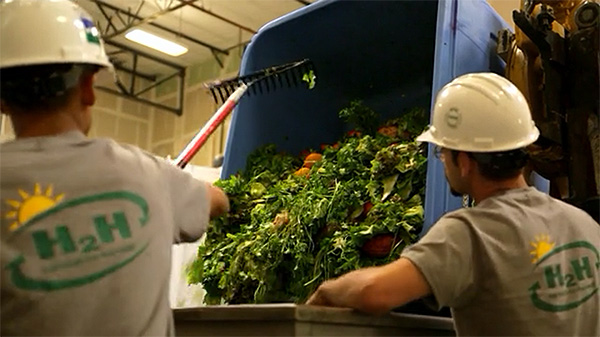 You don’t have to dumpster dive to know that supermarkets send a steady stream of uneaten food to landfills.

Once there, the waste does more than smell bad. It also contributes to climate change by emitting methane, a greenhouse gas that is around 30 times more potent than carbon dioxide. In fact, landfills are the third largest source of methane emissions in the U.S., according to the Environmental Protection Agency (one reason the USDA recently pledged to reduce food waste 50 percent nationally by 2030).

But when a new California state law [PDF] goes into effect this April, large grocery stores in the state will be required to ditch the landfill and compost or recycle their food waste instead.

In order for supermarkets to comply with the impending law, they’ll need more places to put the waste—and one Sacramento-based company appears to be well positioned to respond to this problem. California Safe Soil has developed a process that transforms truckloads of supermarket food waste into farm-ready fertilizer it calls Harvest to Harvest, or H2H.

“This was something that made perfect sense to me,” says CEO Dan Morash, who founded the startup in 2012, after leaving a career as an investment banker in the energy sector. “There’s this huge stream of waste from the supermarkets that is no longer safe to eat as it gets to the end of its shelf life, but it still has a lot of nutrients.”

Using fertilizer made from food waste also cuts down on the need for synthetic nitrogen fertilizer, he adds, which can reduce the amount of nitrate runoff into local rivers and streams, which often lead to dead zones. 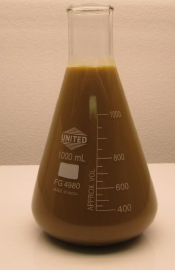 How is Morash’s product different from standard compost? He worked with soil and fertilizer specialist Mark LeJeune to develop a method that fast forwards the composting process (which is fueled by aerobic digestion, or bacteria fed by oxygen that breaks down organic matter). The process turns food waste into liquid fertilizer in three hours.

First, the food is ground down into a liquid, then treated with enzymes to break down the protein, fat, and carbohydrates into the amino acids, fatty acids, and simple sugars. Then, it’s pasteurized (that is, heated at high temperatures) to kill any pathogens that might be present.

“The average particle size is very small—26 microns,” Morash says. “This [enables it to] mix easily with water.”

There’s a separate stream for organic and conventional food, as California Safe Soil sells an all-organic version. Both are applied to the crops via drip irrigation.

In 2012, Morash and LeJeune opened a pilot plant in Sacramento to develop the technology. The product was commercialized in 2013 and is regulated by the California Department of Food and Agriculture.

“The California Department of Food and Agriculture is concerned about food safety, so we had to prove that [the fertilizer production process] eliminates pathogens,” Morash says. “So we did a research project called a challenge test at the University of California, Davis.”

To show that the product was effective, the company conducted additional experiments with researchers, including one at U.C. Davis and a strawberry expert at U.C. Cooperative Extension.

Morash claims that use of his fertilizer on tomatoes has upped the rate of food production by between 10 to 15 percent. 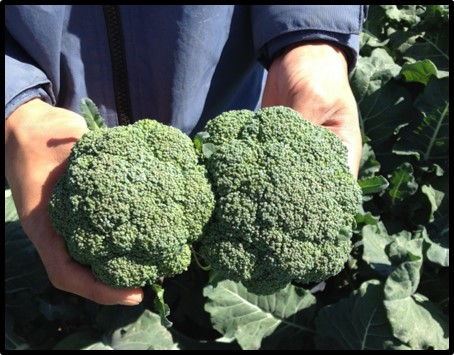 But orchard crops like fruit and nuts are especially well suited for this liquid fertilizer. Traditionally, orchard-based farmers “need to till the soil to get organic matter in without cutting up the roots,” he says. “So the ability to deliver organic matter to the soil in liquid form is a big positive.”

At the moment, the company processes food waste from 15 stores across five supermarket chains (Grocery Outlet, Nugget, Safeway, SaveMart, and Whole Foods) in Sacramento. Six days a week, the plant processes about 3,750 pounds of food from between seven to eight markets a day (each brings in an average of about 500 pounds daily).

The Sacramento facility is operating at capacity, but he hopes to build others in the coming years. The idea is to locate plants, like the one Sacramento, near grocery distribution centers. This way, after delivering goods to the stores, the centers’ trucks can fill up with food waste for the trip home, Morash says.

There are additional economic and environmental benefits to locating California Safe Soil plants near distribution centers, he adds. Turning food waste into fertilizer not only saves grocery stores the fees associated with sending it to a landfill, but it also prevents the greenhouse gas emissions and extra transportation costs often needed to deliver it there.

“This has a very positive environmental impact across the board,” Morash says. “It’s going to increase the sustainability of agriculture starting right here in California.”

Photos, from the top: Employees moving wasted produce into the processing machine; the final liquid fertilizer product; broccoli from a farm trial with the control on the left and the H2H produced product on the right. All courtesy of California Safe Soil.