What Happens When You Teach Math in the Garden?

In garden-based education, the core curriculum helps frame the work of growing food and vice versa. 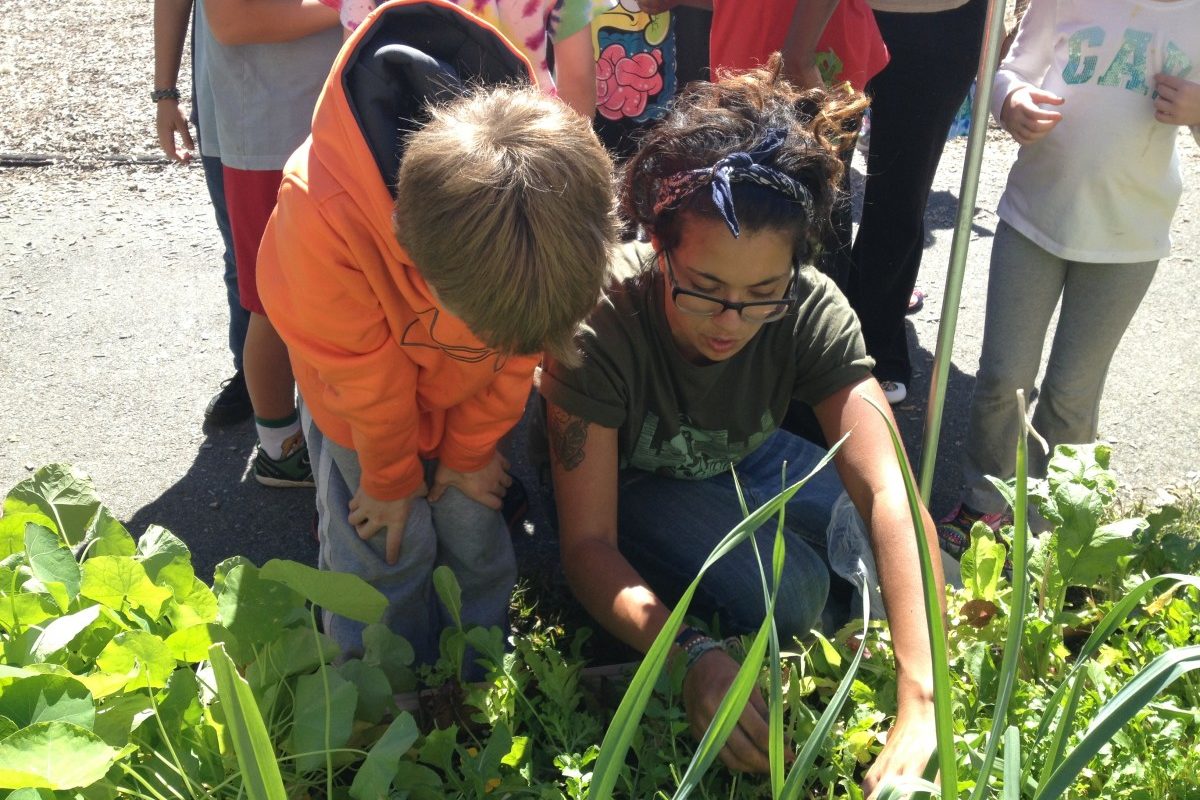 It’s 9:30 on a Wednesday morning in a third grade classroom at Hannah Elementary School in Beverly, Massachusetts, and Leilani Mroczkowski, Education Coordinator of Green City Growers, is pretending to be a radish. She’s squatting on the ground, holding her knees, with her long black dreads hanging down toward her dirt-caked work boots. Behind Mroczkowski, her coworker Hadas Yanay is standing on her tiptoes, with her arms stretched toward the ceiling.

“So if I’m a radish down here, and Hadas is a kale, which way is north?” Mroczkowski asks the class. The kids point towards the front of the room.

“That’s right! That way the tall kale won’t block the short carrots and radishes from the sun!”

That’s the lesson of the day: where to plant vegetables of varying height in your garden. The record-breaking winter snowfall in Beverly landed this late March lesson indoors, a fact that made the students respond with a disappointed whimper.

The teacher, Suzy Tassinari, sits in the back, grading handouts. “They love getting outside, working in the garden, seeing the bugs and insects,” she says. “They all want to participate, even the quieter ones.”

Organizations like Green City Growers and City Sprouts, another Boston-area school garden program, are taking an unorthodox approach to education, bringing classroom subjects like math and social studies into the garden. Using hands-on, garden-based examples, they hope to provide lessons with a technique that differs from the traditional classroom, all while teaching young urban-dwellers where fruits and veggies come from.

Their efforts are not alone, and they align with the work of organizations all across the country. The Lets Move! Initiative, founded by First Lady Michele Obama, focuses attention in part on “greening” school lunches. Berkeley’s Edible Schoolyard project aims to “build and share a national edible education curriculum” for elementary through high school students by establishing gardens and kitchens as interactive classrooms. And chef Jamie Oliver has made an immense impact with his Jamie Oliver’s Kitchen Garden Project, which provides schools with recipes, lesson plans, nutrition information, and all the supporting material they need to develop successful garden education programs. 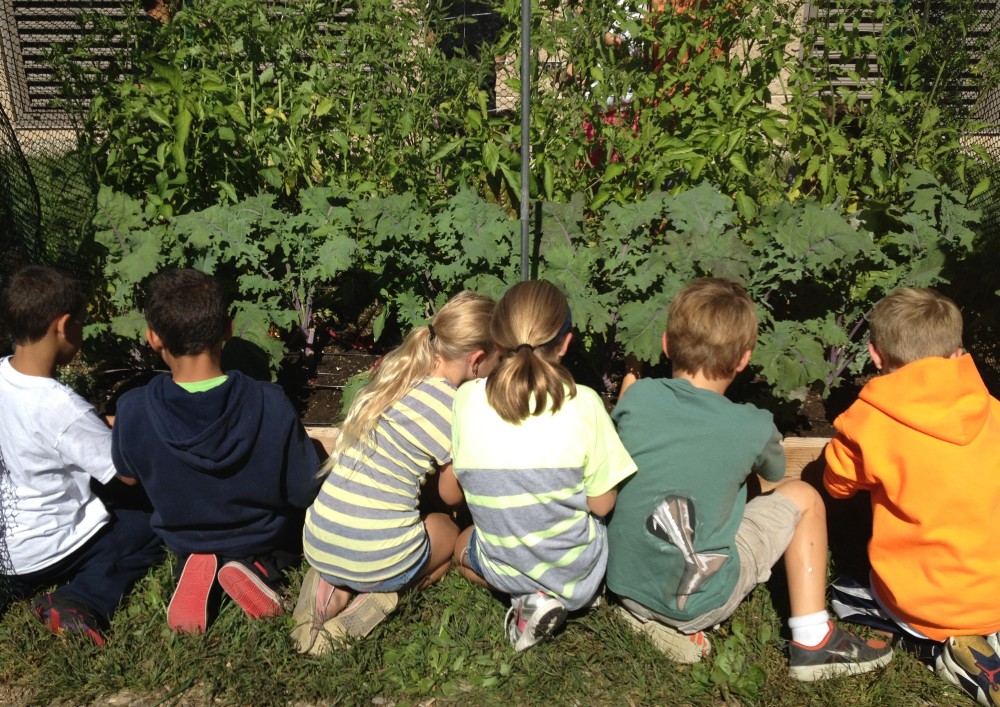 But some garden-based education isn’t limited to growing fruits and vegetables. Michele Kaufman, Garden Coordinator of City Sprouts, demonstrated in one morning the wide range of lessons that could be taught in the garden. One April morning, the first-graders were planting peas. The morning’s session was also, sneakily, the beginning of a math lesson. The kids will measure the growth of the peas as they climb up the string fence on the long side of the bed.

“[Garden education] gives direct, hands on lessons, rather than conceptualizing. It puts everything they’re learning in the classroom into context,” says Kaufman. “There’s a big difference between measuring a two-inch line on a piece of paper to measuring a two-inch height of a plant in the garden.”

There are lessons to be had in science—everything from the life cycle of a bug to the anatomy of a seed and social studies—planting vegetables specific to regions the classroom is studying, like Africa, or historical periods, like colonial America. The garden can also be used as inspiration for art and creative writing.

Developing a curriculum that is both worthwhile and makes the most of the garden is a staple for a successful garden education program. Program coordinators spend the colder months working alongside teachers to develop curriculum for public schools that complements the increasingly rigorous state public school standards.

According to national research, garden-based learning delivers. REAL School Gardens, a nonprofit organization that trains teachers and creates garden learning environments for schools across the country, has seen a 12 to 15 percent increase in standardized test score pass rates in their schools. In addition, 94 percent of teachers reported an increase in student engagement in the garden and in the classroom.

In a 2014 case study, Green City Growers also found that the students they’d worked with had a 43 percent score improvement and a “much stronger grasp” on concepts associated with organic farming and sustainability after just one semester. More students were also able to identify vegetables like eggplants, radishes, peppers, cucumber, kale, and beets. And student scores increased with conceptual questions on benefits of organic and local foods.

Garden-based learning may also help students who have trouble sitting and listening in the classroom. “It’s not that they’re bad students, but the environment that they’re learning in is not conducive to their type of learning,” says Mroczkowski of Green City Growers. “When you get them outside and have them experience hands-on learning, that’s when they zone in and focus.”

Tassinari, the third grade teacher, has seen this first-hand in her classroom. “There was a boy in my class last year who had a really hard time in the regular science program. He wouldn’t sit still, was impulsive, had shout outs. He didn’t seem to be that into the subject,” she says. But when they went outside, he absolutely loved it, she said, and he became focused, tuned in, and even helped other students with the subject. He had discovered that gardening was “his thing.”