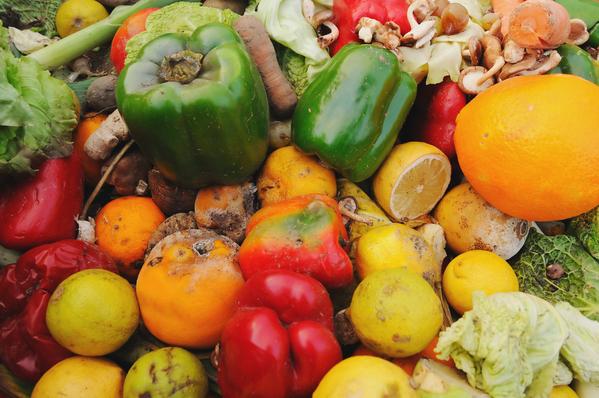 Don’t have time to read the food news? We did it for you. Here are this week’s CliffsNotes.

On Wednesday, the U.S. Department of Agriculture (USDA), the Environmental Protection Agency, and many private-sector and food-bank partners, announced the first ever national target for food waste. The goal is to reduce food waste by 50 percent by the year 2030. For now, working toward the goal is voluntary—there are no real plans or penalties—but Secretary of Agriculture Tom Vilsack said legislation that increases tax deductions could be in the future for farmers and other big wasters who donate food to the needy.

34 Percent of Kids Eat Fast Food on a Given Day, Study Says (TIME)

A new study published by the U.S. Centers for Disease Control and Prevention’s National Center for Health Statistics found that kids and adolescents ate an average of 12.4 percent of their daily calories from fast food, and about 34 percent of children and adolescents from ages two to 19 ate fast food on a given day.

After several news stories and lawsuits about forced labor at sea, federal lawmakers, State Department officials, fishing and pet food companies, and class-action lawyers are taking action to reduce trafficking and slavery in the fishing industry. Several lawmakers have recently introduce legislation aimed at increasing transparency and accountability in corporate supply chains. At the end of this month, the Senate Caucus to End Human Trafficking will discuss forced labor in fishing and ways that the U.S. government might adjust its purchasing policy to reward companies that have better policies in place to prevent labor abuses.

New research from the World Wildlife Fund (WWF) and the Zoological Society of London shows tuna and mackerel populations have suffered a “catastrophic” 74 percent decline over the last 40 years. The WWF warns that unless drastic action is taken to stop overfishing and other threats to marine life, we will lose species critical to human food security.

As the global population increases and less land is available, Wall Street investors are increasingly interested in snatching up farmland for profit. Last year, the Oakland Institute estimated as much as $10 billion in institutional capital is looking to acquire farmland. Farmers worry that investors don’t care much about the land and don’t know what it takes to maintain the property and implement necessary conservation measures to preserve it. What’s also concerning is the possibility of investors shutting out local farmers by outbidding them.

France is reinforcing its ban on genetically modified (GM) crops by utilizing a new European opt-out scheme. The opt-out allows individual countries to seek exclusion from any approval request for GM cultivation in the 28-member bloc or varieties already cleared as safe by the EU. (Germany, Latvia, and Greece have also opted out.) As part of the process, France also passed legislation in the National Assembly that would enable it to oppose the cultivation of GM crops, even if approved at EU level, on the basis of certain criteria including environment and farm policy, land use, economic impact or civil order.

This week, the USDA announced the integration of agriculture into the career training and counseling programs service members receive as they transition out of the military. Deputy Agriculture Secretary Krysta Harden told service members, “We need you,” and explained that their existing skills—from logistics to engineering and planning—mix well with agricultural work.

To evaluate the Supplementation Nutrition and Assistance Program (SNAP), which 50 million Americans participate in every year, researchers at the UConn Rudd Center for Food Policy and Obesity reviewed 25 different studies published between 2003 and 2014. They found that those who participate in the program are getting enough calories, but their calories are mainly coming from foods like oils, fats, sugars, and refined grains—instead of fruits and vegetables. Tatiana Andreyeva, the lead author of the study, explained that this is most likely due to the fact that less healthy, highly processed foods tend to be cheaper, and many SNAP participants lack the time to prepare foods that require longer preparation times (i.e., vegetables).

Noah Kopf, a 16-year-old who lives in a suburb of Boston, challenged himself to only eat food he’s planted and grown in his gardens at home and school for 30 days. “The point of this project is to get people thinking about local agriculture as something that can change how people eat,” said Kopf, who explained that the project helped him understand the value of food.