Move Over Test-Tube Burger, There’s a Lab-Grown Chicken Breast in the Works

The research is still in its infancy, but an Israeli scientist hopes to bring this animal-free meat to the masses. 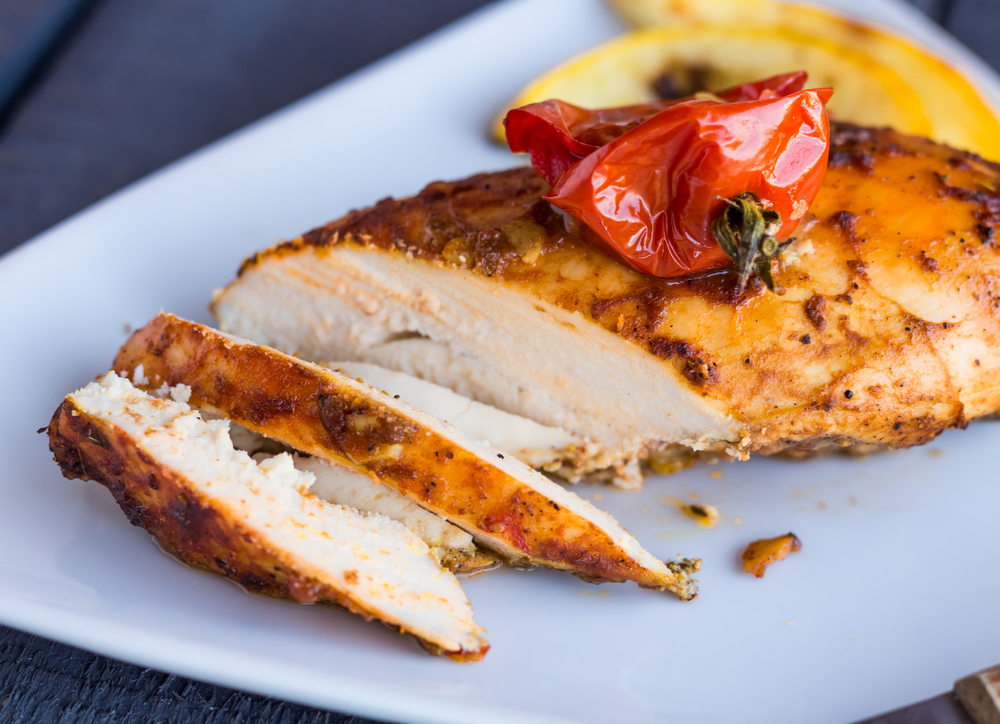 Amit Gefen is midway through an experiment that could end in a recipe for the world’s first lab-grown chicken breast. If things go according to plan, no chickens will be harmed in the process.

Gefen, a bioengineer and professor at Tel Aviv University, believes that lab-grown chicken could help satiate a growing global demand for meat at a time when livestock production is a major contributor to greenhouse gas emissions, land degradation, water pollution, and biodiversity losses. Projecting into the near future, when land, water, and animal feed become less abundant, Gefen says, “resources for the animals will become so expensive that the end product—native meat—will be too expensive for most of the population to consume regularly. It is our duty as researchers to prepare for such a future.”

After learning about Gefen’s tissue-engineering work, the Modern Agriculture Foundation, an Israeli nonprofit with a lab-cultured meat agenda, offered him a $25,000 grant to create a commercially viable lab-grown chicken. The project launched earlier this year. Gefen and his colleagues chose chicken, in particular, because it’s a popular main course in Israel (and across the world), not because it would necessarily be easy to produce.

“It’s challenging to come up with the texture and consistency of a product that will resemble the muscle fiber structure of a native chicken breast,” Gefen says.

The process begins with a single chicken cell harvested from a living animal. This isn’t a vegan answer to chicken, yet, since cells and collagen for the serum are harvested from animals. With stimulation, the muscle cell divides into millions. Those cells are incubated in a serum made from collagen, though Gefen is searching out non-animal alternatives. Soon, the cells fuse together, forming muscle rryfibers. Through a complex process that involves replicating the conditions in a chicken’s body, the fibers end up in a form that the Modern Agriculture Foundation says is “identical in every way to the type of meat consumed today.”

Gefen isn’t the first to experiment with petri-dish meat. Dr. Mark Post debuted his in-vitro hamburger patty in 2013. And People for the Ethical Treatment of Animals (PETA) held an in-vitro chicken contest a few years back offering $1 million to anyone who could come up with a chicken-meat product with the taste and texture of the real thing. Nobody won and the contest was scrapped in 2014. At least one journalist called out the animal rights organization for setting contest guidelines with bogus and unrealistic parameters.

Would chicken breast engineered in a lab be safe to eat? It would probably be much less likely to contain pathogens associated with foodborne illnesses, such as Listeria, E. coli, and Campylobacter, which are generally the product of raising animals in concentrated animal feeding operations or CAFOs. But, as the product of science that is above the heads of many consumers, test-tube meat could also be associated with genetically engineered or “GMO” foods, and prompt questions about long-term safety. Gefen resists that association, and insists that he isn’t tampering with DNA or genetics. “Essentially, we create chicken-body-like conditions for the cells to form muscle fibers without changing the genetic coding,” he says.

Of course all of this costs money. Post’s initial stab at a cultured beef patty cost $325,000 to produce, an amount bankrolled by Google cofounder Sergey Brin; it debuted in 2013 to mixed reviews, with the biggest challenge being the cost to produce. At this point, if the cultured hamburger were produced commercially it would sell for about $80 a pound. So even if lab-grown chicken ends up costing less to produce, it could be another decade or three before it would be available on a commercial scale, according to Shir Friedman of the Modern Agriculture Foundation.

Why not just encourage people to eat less meat, instead of expending so many resources and spending so much money on cultivating meat in a lab? The percentage of people willing to switch to a plant-based diet remains low, says to Isha Datar, CEO at New Harvest, a nonprofit group that has raised over $2 million to support scientists creating meat and dairy alternatives. One 2012 Gallup poll found that only five percent of the U.S. population identifies as vegetarian, down from six percent in 2001.

But even if everyone in the developed world stopped eating meat, Datar points out that the increasing demand for animal protein in developing countries due to the rising middle class and the spread of the Western-style diet, would more than make up the difference. “When 70 percent of agricultural land is devoted to animal agriculture, we need to try anything we can,” she adds. “We’re running out of planet.”

A 2011 study by the University of Oxford researchers, and funded by New Harvest, came to the conclusion that cultured meat might be produced with up to 96 percent lower greenhouse gas emissions, 99 percent lower land use, and 96 percent lower water use than conventional meat.

Dr. Robyn Metcalfe, the director of Food + City (formerly the Food Lab at the University of Austin), agrees with the imperative to explore alternative sources of food, to ensure an “ample and diverse food supply” in the future. Still, she says, there’s a long way to go, not only with the engineering of the meat itself, but also in getting people to accept cultured meat as appealing. “It’s difficult to provoke desire from a lab; doable, but complicated,” says Metcalfe. “Food cultures are less adaptive than imagined.”

And while many nutritionists and other health experts call for a return to whole, unprocessed foods, engineered meat is about as processed as you can get. According to Metcalfe, this is a conflict that will need to be resolved “either by new research that demonstrates that engineered meat is stunningly more sustainable—and tasty—or the processing of food has to become the norm for our food system.” And the latter would come with its own set of problems.

In the meantime, Gefen will continue working on the chicken breast, a process he says is more challenging than cultivating the lab-grown hamburger patty, where 20,000 tiny strips of cow muscle were gathered into a ground-beef-like texture.

If the initial reactions to the bland, dry, and pricey test-tube hamburger are any indication, scientists still have a long way to go before they’ll be able to produce commercially viable meat in a lab. Until then, those who prefer their protein to be less energy and resource-intensive might want to look towards plant-based “meat” made from soy and pea protein. Or just extend that Meatless Monday into Tuesday and Wednesday.