How a small farm survived an oil disaster with some faith and a little help from friends.

By Natalie Cherot and Kit Stolz 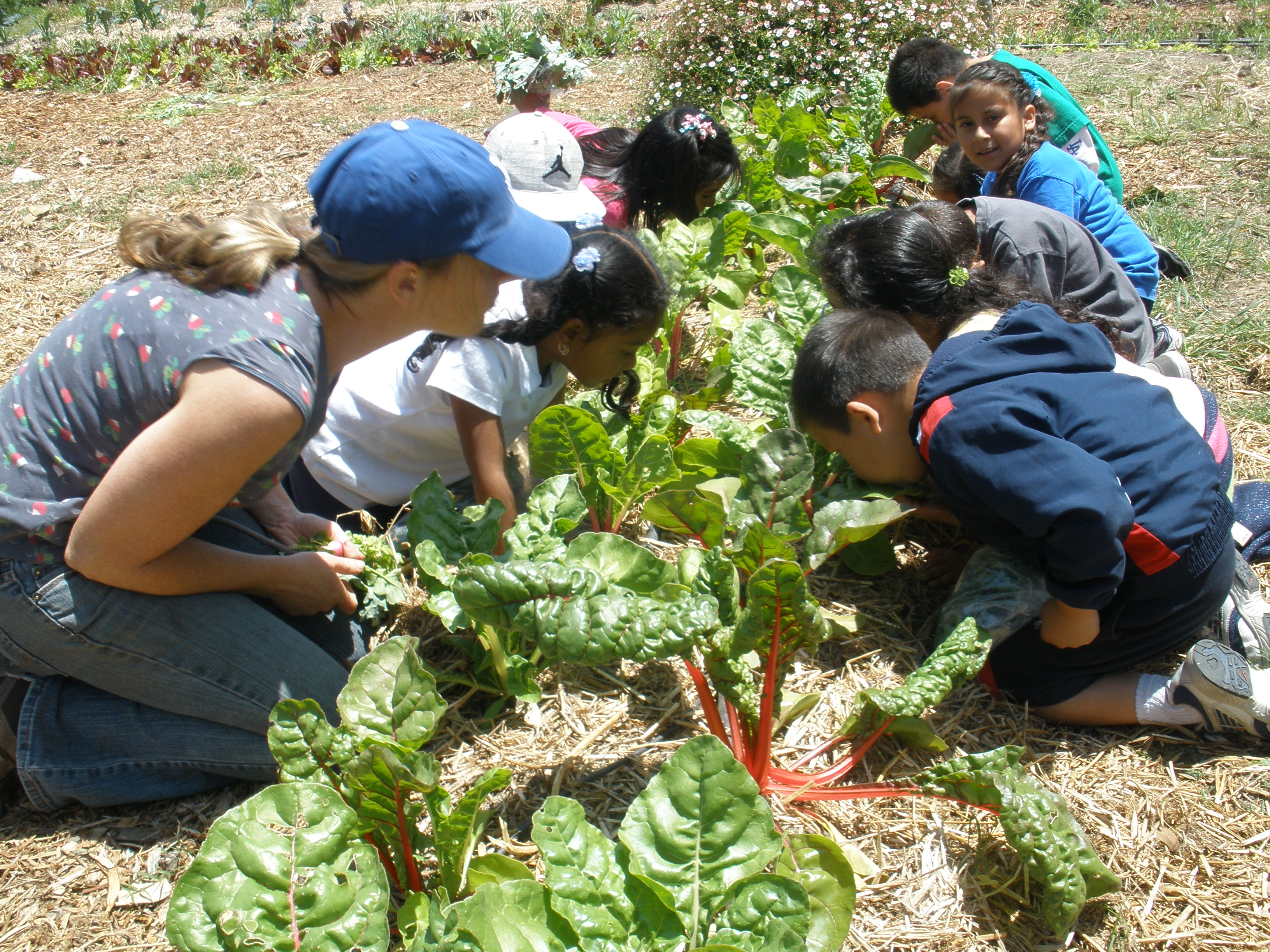 Last November, an explosion at a water treatment plant brought disaster to an agricultural area of Southern California.

The explosion, caused by an apparently inadvertent mixing of chemicals and sewage at 3:30 a.m., blew off the back of a vacuum truck at Santa Clara Waste Water, a plant that processes oilfield waste from throughout the region. Over a thousand gallons of a caustic substance, sodium chlorite, blasted the plant’s intake yard. A few hours later, after the morning fog had burned off, the chemical caught fire, creating a cloud of potentially deadly chlorine gas that drafted over nearby farms, hospitalizing dozens, including medical personnel at the hospital tending to those whose lungs had been burned by the gas.

Among those growers startled awake in the middle of the night were two women who helped run a small nearby farm. Sarah Nolan and Erynn Smith are part of a group of mostly young Episcopalians concerned about environmental justice and healthy food. Their group, the Abundant Table, makes up weekly boxes of produced for a community supported agriculture (CSA) operation, and also produces hundreds of pounds of carrots and other vegetables for schoolchildren as part of its farm education work.

To Smith, who had been sleeping a mile or so away from the wastewater plant, the explosion felt like an earthquake. It forced a one-mile evacuation around the plant, and injured the three first responders. The county sheriff declared an emergency, and the district attorney launched an investigation that led to indictments.* 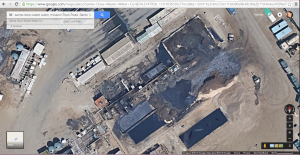 Meanwhile, the Abundant Table has moved to a new location, with backing from an agricultural program of the Episcopal Church. It has not only expanded its operations, but also transitioned to become certified organic in the process.

While the farm has moved on, the explosion revealed a conflict between oil and agriculture that Ventura County—and the rest of Southern California—has yet to resolve.

Until the explosion, Santa Clara Waste Water was having one of its most lucrative years since it was  launched by a coalition of oil companies in 1959. Although the plant occupied just two acres on the outskirts of small-town Santa Paula, the firm was one of the largest wastewater treatment plants in the state, handling 83 million gallons of waste in 2014, and serving oil companies developing new wells in several Southern California counties, according to director of sales Carl Edwards.

The volume of wastewater paralleled an uptick in oil production in Ventura County in recent years. After many years of decline, production rose to 10.7 million barrels in 2014, from 9.1 million in 2013.

“Because of an increase in oil prices from 2008 through mid-2014, there was a significant increase in drilling activity,” said Don Drysdale, spokesperson for the state’s Division of Oil, Gas, and Geothermal Resources. “Approximately 400 wells were drilled in the [Ventura County] district during this period.”

That growth in exploration was fueled by expectations that hydraulic fracturing, or fracking, would open a vast oil basin in California, called the Monterey Shale, to lucrative production, in the same way that the Marcellus Shale in Pennsylvania has led to a boom in natural gas production. But optimistic government expectations of recoverable reserves from the Monterey Shale by the Energy Information Agency were cut by 96 percent in 2014. Meanwhile pipeline spills (such as the May spill off Santa Barbara), and aquifer contamination revealed by state regulators last September have raised new questions about oil extraction and fracking from legislators, the EPA, local officials, and environmentalists.

Hydraulic fracturing—a technique used to stimulate oil wells—creates millions of gallons of waste water and other fluids. These must be disposed of in commercial facilities like Santa Clara Waste Water, which are seeing pushback by community members. Ventura County has a long history of  oil production, going back to the 1870s, when some of the first wells in the state were drilled in the era depicted in the film “There Will Be Blood.” But agriculture in the county is worth far more. The county produces most of the nation’s strawberries, for instance, totaling about $700 million, out of a total of about $2 billion [PDF] in annual farm revenue.

The two industries have existed side by side for decades, and many growers continue to lease land to oil companies and speak out in favor of continued co-operation. Yet the explosion and toxic waste contamination cost Santa Paula farmers $1.7 million in ruined fruit and vegetables and raised questions about the compatibility of oilfield waste disposal in agricultural areas. 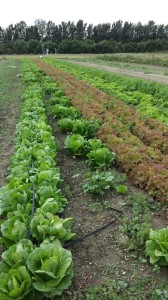 “The brand of Ventura County is agriculture,” said Linda Parks, a member of the Board of Supervisors, representing the nearby suburb of Thousand Oaks. Parks spoke at a hearing earlier this year in which four of the board of five officials voted down an attempt by the county’s other oilfield wastewater disposal firm to expand their operations. “We want to protect our agricultural lands, not to be a facility for [the disposal of] wastes from other areas.”

The Abundant Table was forced to scrap its fall harvest and found itself at a crossroads. Although local agricultural commissioner Henry Gonzalez soon gave Santa Paula farmers the go-ahead to replant, the non-profit, conscious that its food was going to local schools and loyal supporters, paid for its own soil tests to ensure safety. As they waited for results, they faced an existential dilemma: How would they survive months with nothing to sell? How could the organization pay its small staff of field workers a living wage without CSA customers?

“Diversified small-scale agriculture is never predictable,” said Erynn Smith, who has been with the farm since 2009. “We have had lots of gives and takes, highs and lows, but this was the most devastating setback we have ever experienced.”

On a recent day, Smith was sitting at a battered circular table in a small barn near the leased fields in Santa Paula, with executive director Amy Grossman, co-founder (and Pastor) Sarah Nolan, and the farm’s core staff members. Grossman said the non-profit went into the red with the loss of the fall harvest. She said they considered a suit against Santa Clara Waste Water, but stressed that money has never been the organization’s focus.

“Part of the model of the Abundant Table is to create stable, responsible connections between people and the land,” she said. “I priced our $25 CSA basket at a farmers’ market and it came out to $42.30. But that’s part of our model, too, showing people the benefits of organic may require a different kind of pricing. That’s how you start to change a culture, and change our nutrition.”

That approach is also a big part of how the farm was funded in the first place. Back in 2013, Grossman and Nolan’s idealism spoke to Tim Alderson, executive director of Seeds of Hope, a healthy food access project of the Episcopal Church. Alderson points out that Southern California was the most productive agricultural region in the nation, if not the world, a century ago when 40 percent of residents worked in agriculture, and rates of obesity and diabetes were a small fraction of what they are today. Now, less than 1 percent of Southern Californians work on farms, and childhood obesity approaches 50 percent in some SoCal towns, such as Santa Paula.

Alderson calls the solution “farming the diocese.” Along with produce from church gardens, Seeds of Hope now provides 30,000 meals a month to low-income residents across the region, provides nutrition and fitness education to 17 churches, and helps augment SNAP benefits (formerly known as food stamps). Though the project now encompasses over a hundred congregations in a six-county region, the Abundant Table farm and CSA remain central to the mission.

Alderson’s support helped the small “farm church” garner a $100,000 grant from the Episcopal Church’s “Five Marks of the Mission” outreach program last year. Backed by Bishop Jon Bruno, Alderson hopes to make his mission a model for other dioceses around the country.

Back at the Abundant Table, director Amy Grossman revealed a new agreement to move the farm church away from Santa Paula to the nearby Oxnard Plain, to lease five acres or more in a partnership with McGrath Family Farm, one of the oldest organic farming operations in the county.

“We’ve always farmed sustainably, but now we will be on land that has been certified organic, and we’re very excited about that.”

The farm will also grow to five acres or more, and be closer to the five school districts it serves. The move eases another concern for veteran grower Alderson, who has been pondering a succession plan. The farm church has a program for young adults that is a hybrid between a mission and a paid internship, and will allow young farmers to work with patriarch Phil McGrath, a fourth-generation organic farmer, of the well-known farm.

“My Uncle Phil wants to pass the torch,” said Havilah McGrath, who oversees the day-to-day operations of the farm and its roadside stand.

For education director Smith, the lesson learned goes far beyond surviving the explosion and toxic plume.

“We feel we’re creating a web of resilience around good food,” she said. “We have different measures of success than the dominant lens of profit. And as we find more ways to collaborate, it feels like we’re part of the community, and part of something that’s really successful. It feels wonderful.”

* Earlier this month, nine executives and employees of Santa Clara Waste Water were arrested by Ventura County District Attorney and charged with 71 criminal offenses, including conspiracy to commit a crime, knowingly failing to warn of serious concealed danger, and handling hazardous waste with a reckless disregard for human life, among many other charges.

Natalie Cherot, PhD, is a sociologist and journalist based in California. She has written for Earth Island Journal, Latterly, Longform, Mission & State, the Santa Barbara Independent, and Qualitative Inquiry. Kit Stolz has been writing about climate, science, sustainability, the wild, health, and cultural issues for nearly twenty years, for publications including the Los Angeles Times, LongReads, High Country News, Sierra, Grist, and the Georgia Review. He lives in Santa Paula, California. Read more >