As consumers continue to demand better animal welfare practices, advocates are hopeful that a pending bill could raise the stakes. 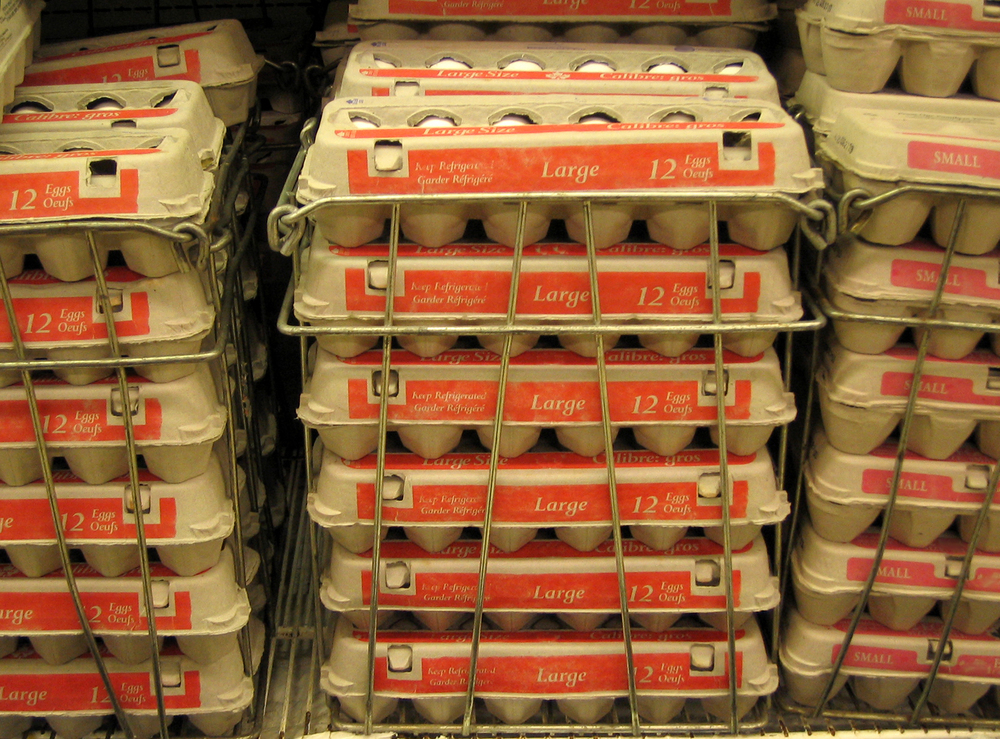 When Massachusetts voters go to the polls next November, they will have the opportunity to decide on a new animal welfare law impacting livestock and chickens raised and sold in the state. The ballot measure’s backers—which include the Humane Society of the United States (HSUS) and the Massachusetts Society for the Prevention of Cruelty to Animals—are now setting out to collect the required signatures and tout the benefits of the proposed law, which would require that any animal raised or sold for consumption in Massachusetts be able to lie down, stand up, fully extend its limbs, and turn around freely.

Its supporters say a vote affirming the proposition would effectively ban cages for chickens and crates for veal and pigs by 2022.

“Locking animals in cages where they cannot even turn around or extend their limbs is cruel and inhumane,” says Paul Shapiro, vice president of farm animal protection for HSUS. “It’s a tough measure to defeat, because most Massachusetts voters know that these types of confinement practices are cruel and indefensible.”

The bill’s language is almost identical to California’s Proposition 2, which passed by a landslide in 2008, and was seen as having the potential to radically change the egg industry.

Because farms in Massachusetts haven’t used veal or pig gestation crates for decades, and only one farm in the state uses battery cages for hens, the proposed bill is essentially meant to give consumers more of a voice about where their eggs come from and how they’re raised. The Bay State imports millions of eggs from states like Iowa, Ohio, and Indiana, and the bill can be seen as a pressure point meant to impact the industry at large. And HSUS has chosen to put it forward in Massachusetts, because, according to Shapiro, the organization’s own internal polling shows three-quarters of residents there will support such a law.

But unlike California’s Prop. 2—which was eventually expanded to require all eggs shipped into that state be raised with the same standards, but left the amount of space needed for each animal up for interpretation—the Massachusetts bill is very specific. It would require at least 216 square inches for every bird.

The California law—which went into effect on January 1 of this year—was designed to get rid of “battery cages,” which have a footprint around the size of a standard piece of printer paper or 67 square inches. But because it did not specify a minimum amount of space per bird, a number of industry groups, farms, and even the California Department of Food and Agriculture have interpreted the law more loosely than animal welfare groups intended.

Instead, they’ve built slightly larger cages. In a food safety ruling not related to Prop. 2, California agriculture officials set a minimum chicken cage requirement of 116 inches per bird, paving the way for farms to simply upsize their cages to so-called “enriched cages”—now the legal standard for all laying hens in Europe.

Convinced they had passed a cage-free bill in California, Shapiro says HSUS and other advocates were blindsided by the industry’s “flip flopping” on the bill’s interpretation. So the 216-inch space requirement is designed to ensure that the eggs sold in Massachusetts will come from truly cage-free farming systems, not merely the larger, “enriched cage” systems.

Of course cages can be created to accommodate the 216-inch requirement for chickens. An alternative, some say, would be to specifically ban cages in these state-level ballot questions. But Shapiro says that’s more difficult than it sounds, because “how to legally define a cage has plagued a lot of people. Some would argue that a barn with thousands of birds is a cage,” he says.

Animal welfare groups have used a variety of tactics in recent years, even some that would have been unthinkable decades ago, such as partnering with agriculture industry groups. Following their Prop. 2 victory in 2008, HSUS led a similar ballot effort in Washington State. That effort was scrapped, however, when HSUS paired up with the United Egg Producers, the national egg lobby, to push in 2012 for a unified national standard for the treatment of chickens, including “cage-free” labels on eggs. That effort drew fierce opposition from the other meat lobbies—not to mention some fellow animal welfare groups, including People for the Ethical Treatment of Animals (PETA)—ultimately killing the bill last year.

Dr. Parke Wilde, associate professor at the Friedman School of Nutrition Science and Policy at Tufts University, sees the failure of a “promising” federal bill as a sign “our national conversation about animal welfare is broken,” leaving groups to push for complicated policy changes via state referendums.

“I wish we could revive the older, more constructive conversation between animal welfare organizations and mainstream, well-meaning food producers, so this ballot initiative would be moot,” he says.

Not surprisingly, state agricultural and retail groups are less than pleased with the effort in Massachusetts, saying the burden will not be as greatly felt on the farm—around 3,000 birds on a single chicken farm would be affected—as it is in the supermarket checkout line.

“For us, this is about the ability for people to affordably feed themselves,” says Rich Bonanno, president of the Massachusetts Farm Bureau Federation. “The activists, the people that have money, are all about what they perceive to be the happiness of animals. But the average person in the state can’t afford $5 a half dozen eggs.”

Shapiro argues price increases would be limited to less than a penny per egg, citing a 2006 industry-funded study. He is confident that the Massachusetts measure will pass. Enforcement of the law would fall on the Attorney General, with suppliers caught violating the law paying up to $1,000 for each offense.

Meanwhile, a handful of large, national retailers—including Burger King, Starbucks, and Sodexo—have already committed to serving cage-free eggs, with a few promising to buy humanely raised pork as well. And pressured by welfare groups, consumers, and retailers, the largest pork producers have committed to eliminate gestation crates for pigs.

HSUS and its allies have until early December to deliver roughly 65,000 signatures from Massachusetts voters to the state’s Attorney General.