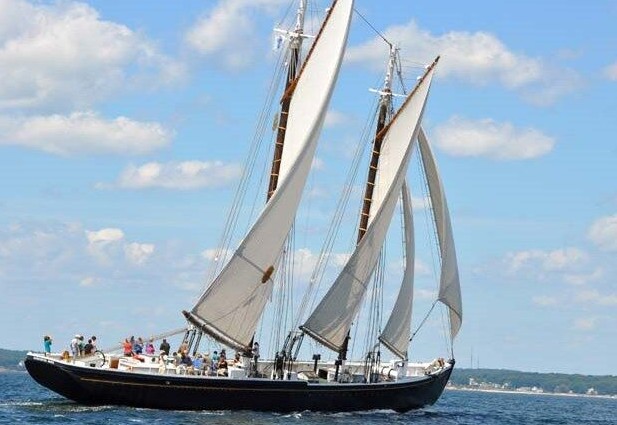 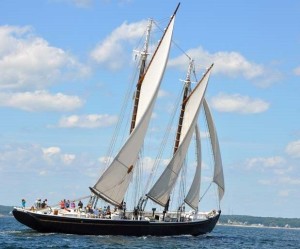 The Eastern Seaboard is about to take a trip back in time with Maine Sail Freight’s quest to deliver goods from Maine to Boston. The adventure started in Portland on August 27th, with the loading of foods made by small local tradespeople and farmers to be sailed down to Boston by the evening of the 29th, along with many activities planned in celebration. The project is not just to relive the good ‘ol days but explore how we make, move, and consume—and how to reevaluate the hyper-complexity of the world trade network. The project is put together by the Greenhorns, a group named after the young farmers they aim to support.

The group loaded 11 tons of freight on to the 19th century schooner. The ship set sail the next day for Boston, where you can catch a sight of it entering the harbor. Unloading is set for the 30th on Long Wharf where you can grab a sample box of goods fresh from Maine, meet the crew, and help move the cargo. There will be dinners, kids activities, live music, and presentations through the week so make sure to check out their calendar.

Severine von Tscharner Fleming, director of the Greenhorns, sees the event not just as a way to look back at how commerce worked a century ago but also a way to look forward. “This provides an imaginative pageant about alternative futures. Acting on values that do not correspond to ‘rational markets,'” she said. 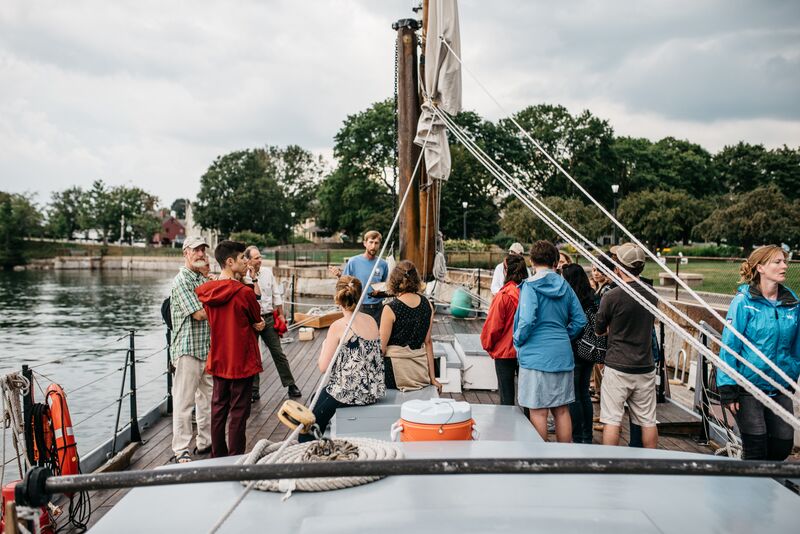 The products being shipped are non-perishables, which will last through a season and can be produced year round. Maple candy, seaweed, beeswax candles, and sun-dried sea salt are among the pre-boxed goods which will be offered at the ship, in the Boston Public Market, and at other venues. Maine Sail Freight hopes to provide the means for farmers to make small farms productive year round, and provide insight into the deep historical politics and economics of commodities like salt.

Von Tscharner Fleming wants the project to inspire consumers to ask “What is the appropriate level of complexity of a food network in terms of resilience and democratic control? A sailboat is mastered by only eight people, so it is a question of technology.”

This post originally appeared on Inhabitat. Photos by Mark Hartman.