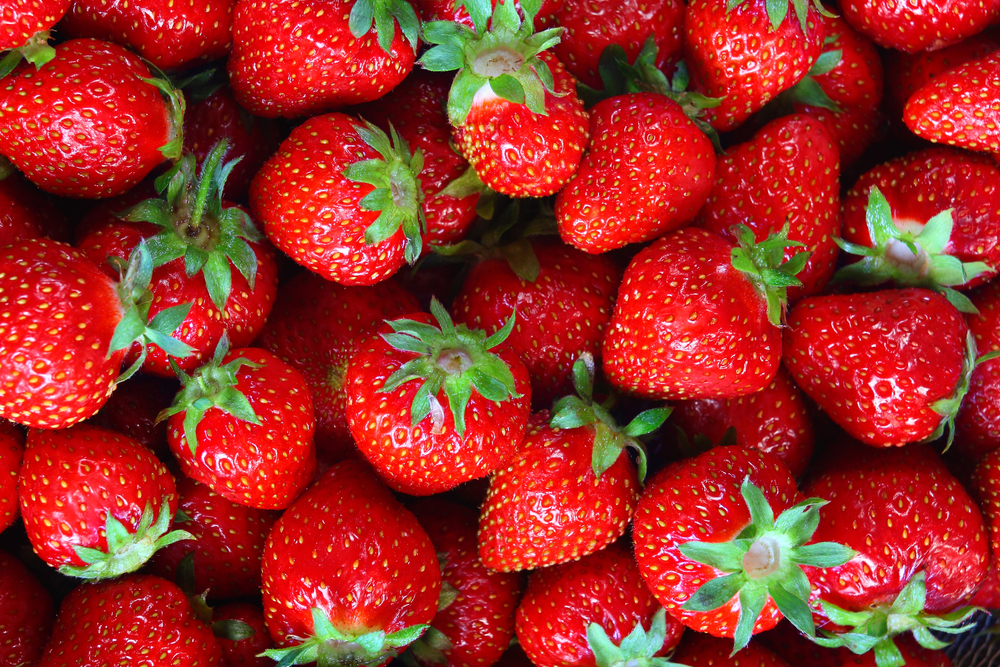 More than 21,000 people are out of work this year from California’s drought. And those farmworkers who are lucky enough to have a job are often working harder for less money.

German Agriculture Minister Christian Schmidt informed German state governments of his intention to tell the European Union that Germany will make use of new “opt-out” rules to stop genetically engineered (or “GMO”) crop cultivation. The new EU law, approved in March, gives individual countries the right to opt out by banning GMO crops even after they have been approved as safe by the European Commission. In separate news, Reuters also reported that Monsanto said it would abide by Latvia’s and Greece’s requests under a new EU opt-out law to be excluded from its application to grow a genetically modified crop across the EU, but accused them of ignoring science.

Driscoll’s, one of the largest strawberry growers (and the largest brand) in the country, has recently pledged to grow all of its baby plants organically. Until recently, all of California’s organic strawberry seedlings started “conventionally,” meaning they were cultivated in soil that had been chemically fumigated. Nate Lewis, a crop specialist with the Organic Trade Association, says the Driscoll’s pledge could lead to an industry-wide shift.

A new ruling by the National Labor Relations Board will make it easier for labor unions to bargain for higher pay. The ruling makes it easier for workers at McDonald’s to negotiate with the corporation, not just the individual McDonald’s location where they work.

The European Union’s food safety watchdog said on Wednesday that widely-used neonicotinoid pesticides made by Bayer CropScience and Syngenta pose a risk to bees. This new research reinforces previous studies that led the EU to restrict use of the pesticides.

The Center for Food Safety is suing the U.S. Department of Agriculture’s Animal and Plant Health Inspection Service (APHIS) for illegally withholding public information on genetically engineered crops—even after repeated requests were made under the Freedom of Information Act.

Consumer Reports tested 300 packages of ground beef from across the country and found that almost all contained bacteria that signified fecal contamination. The good news? The tests also found that ground beef from cows that were grass-fed and raised without antibiotics were three times less likely to have superbug bacteria.

Doctors and many others suspect that seed corn, a major cash crop in Hawaii which has been genetically modified to resist pesticides, is causing birth defects and illnesses. A study by the Center for Food Safety found that on the island of Kauai, chemical companies Dow, BASF, Syngenta, and DuPont spray 17 times more pesticide per acre than they do on ordinary cornfields in the U.S. mainland. The American Academy of Pediatrics’ report, Pesticide Exposure in Children, found “an association between pesticides and adverse birth outcomes, including physical birth defects.”

Agriculture Secretary Tom Vilsack, a former Iowa governor who had a brief run in the 2008 campaign, endorsed Hillary Clinton this week in an op-ed in the Cedar Rapids-based Gazette. Although he didn’t mention her stance on food or agriculture directly, he did briefly address biofuels, rural America, and Clinton’s help in providing food aid to developing nations.

More complicated organic farming practices and agricultural technology are leading young farmers to attend college, but school loan debt is limiting the scope of new farm ventures. A recent survey by the National Young Farmers Coalition found that 30 percent of would-be farmers and ranchers delayed or declined getting into agriculture because of student loans, and 48 percent said student loans are preventing them from growing their business or securing credit.

New research from the University of Iowa links the sharp rise in “locavore”-friendly shopping options to strong beliefs about civic duty. “It’s about valuing the relationship with the farmers and people who produce the food and believing that how they produce the food aligns with your personal values,” researchers said.

The University of Kentucky’s new food services vendor, Aramark, agreed to buy 2o percent of the food it serves students from local food producers, which would provide a major boost to the state’s local food economy. The company met the goal by spending $2.3 million on “locally produced” products, but according to records obtained under the state’s Open Records Act, nearly half of that money was spent on soft drinks and ice, including $1 million spent on Coca-Cola products.