Big Food is Spending Millions to Lobby for Less Transparency

From GMO labeling to pesticides to the source of the meat you buy, a handful of companies are spending heavily to keep information off your food labels. 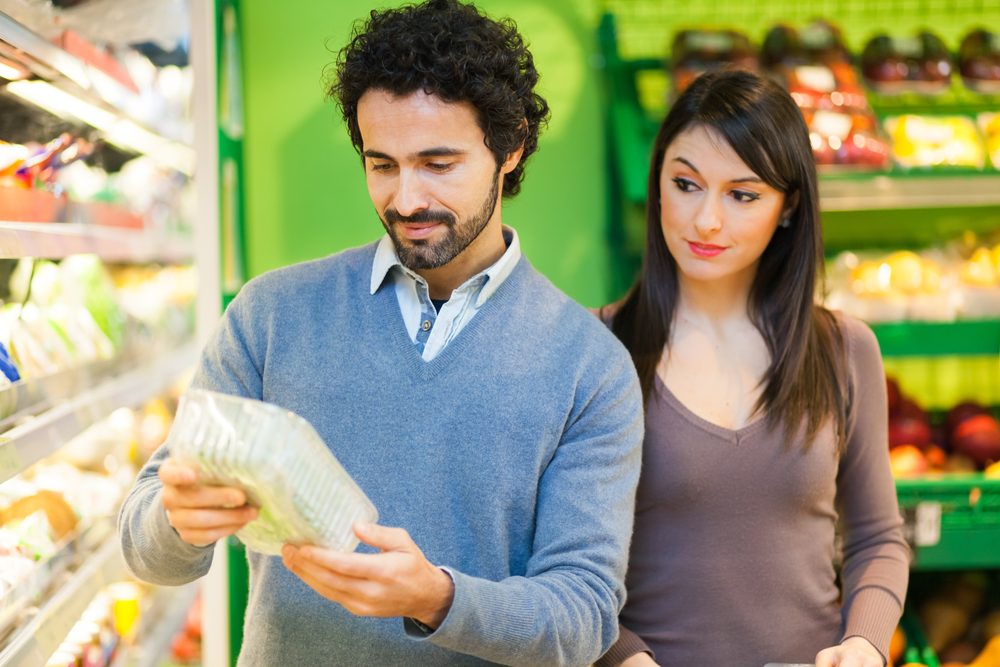 By all accounts, Americans want a more transparent food system. Recent polling suggests the majority of Americans favor labeling that tells them exactly how and where their food is produced. And yet, several bills are currently moving through Congress that could make it much harder to learn about the source of our food.

These bills would prevent state and local governments from requiring labeling of GMOs; remove country-of-origin labeling (COOL) requirements for most of the meat we buy; and make it harder to know where pesticides are used. The international trade agreements now being negotiated also include provisions that could make such information less available to consumers.

The food industry is spending an enormous amount of money to promote and lobby for this legislation. Food companies may have shelled out over $100 million* in the first six months of 2015 alone, according to federal lobbying disclosure reports.

Businesses and trade groups promoting these policies say putting more information on food labels will send the wrong message about food safety, add costs, and pose barriers to trade. And in some cases, they worry it will open U.S. food producers and other companies to punitive import-export taxes.

Here are the numbers the food industry doesn’t want you to see:

So far this year, food and beverage companies have spent $51.6 million on a series of lobbying efforts to defeat GMO labeling laws such as the Safe and Accurate Food Labeling Act of 2015 (H.R. 1599), which opponents have dubbed the “Deny Americans the Right to Know” or DARK Act. According to a recent analysis by EWG, nearly a quarter of this money—$12.6 million—comes from just six companies: Coca-Cola, General Mills, Kellogg’s, Land O’Lakes, and PepsiCo.

In addition to direct lobbying of members of the House, Senate, and other federal policy-makers, some of the groups lobbying for H.R. 1599 have come together as the Coalition for Safe Affordable Food, running a consumer-oriented website, as well as television ads and a social media campaign. And the money tallied by EWG was spent specifically on federal lobbying so it doesn’t include the millions spent last fall to defeat state GMO labeling measures—like those in Colorado and Oregon or on the ongoing legal challenge to the GMO-labeling bill passed in Vermont.

H.R. 1599 passed the House on in July. No companion bill has yet been introduced in the Senate.

An additional $4.1 million has been spent so far this year by companies to promote genetically engineered salmon, with most of this coming from the Biotechnology Industry Organization, which is also supporting H.R. 1599. There’s also plenty of lobbying going on to keep GE salmon out of Pacific coast waters, where salmon fishing is big business.

Many of the same companies and organizations spending heavily to block GMO labeling requirements have also been lobbying to repeal existing country of origin labeling (COOL) requirements for beef, chicken, and pork through the Country of Origin Labeling Amendments Act of 2015 (H.R. 2393).

Among them are the Grocery Manufacturers Association, Campbell Soup, Cargill, Coca-Cola, General Mills, Kraft Foods, PepsiCo, and Unilever. They are joined by others in the meat business, including Tyson Foods, Smithfield, Hormel, the National Pork Producers Association, and the National Cattlemen’s Beef Association, as well as Walmart and the big-spending U.S. Chamber of Commerce. Together, the supporters of this bill have spent at least $54.2 million.*

Those spending money to repeal COOL argue that labeling meat with the country of origin would increase costs for producers and therefore for consumers—with the threat that tariffs could be levied against U.S. producers if the labeling is found in violations of World Trade Organization (WTO) provisions.

Canada and Mexico have argued that COOL labels hurt sales of their meat by signaling to U.S. consumers that the product is somehow less safe or desirable. While the Obama administration is defending the existing policy, meat and other food producers fear that if Canada and Mexico prevail, those countries would impose costly tariffs that would harm U.S. exports. H.R. 2393 passed the house in June, but its companion Senate bill, S. 1844 has not yet had a committee hearing.

And a heads up: Provisions in the TTP and TTIP could facilitate similar policies to those of the WTO—making it possible, not only for countries but also individual companies to file objections to labeling if it harms trade.

Yet another bill that would curtail access to agricultural information is the Sensible Environmental Protection Act of 2015 (S. 1500). It would eliminate permits now required to discharge pesticides into rivers, lakes, streams, and other bodies of water regulated under the Clean Water Act.

CropLife America—a trade association for agri-chemical producers and users—explains that the bill is designed to reverse a 2009 federal court decision that directed the EPA to require permits from pesticide applicators who spray over “navigable waters.” Senator Barbara Boxer (D-California) has called S.1500 “a far-reaching bill that is dangerous to people” that would “would allow pesticides to be sprayed where kids are swimming, which would expose them to substances that are known to be toxic.”

Pesticide Action Network (PAN) says the bill would remove the EPA’s ability to monitor and take action on waterways contaminated by pesticides. This, said PAN spokesperson Paul Towers, would leave both the EPA and the public “in the dark” and put “the health of waterways and public health in jeopardy.”

Because the bill was just introduced in June, a good accounting of lobbying on its behalf is not yet available through Congressional disclosure filings. But when virtually the same bill was introduced in 2013, it garnered support from agribusinesses and agricultural organizations and trade associations including the American Farm Bureau, CropLife America, Agricultural Retailers Association, Missouri Farm Bureau, Monsanto, North Carolina Farm Bureau, National Council of Farmer Co-ops, and the Florida Fruit and Vegetable Association. These groups spent more than $11 million lobbying for the bill during 2013 and 2014.

The fate of all these bills is uncertain given the limited time before Congress adjourns for the year. But given how contentious these issues have become—and what food producers and agribusinesses perceive as high financial stakes—it’s unlikely that they will disappear.

One note of optimism for transparency-in-food-production advocates, but disappointment for Idaho dairy groups, is the ruling earlier this month by the U.S. District Court in Idaho striking down the state’s so-called “ag-gag” law—formally the “Agricultural Security Act” that made illegal undercover documentation of farming operations. Citing First Amendment free speech protections, Judge B. Lynn Winmill ruled the bill unconstitutional.

So where does this leave consumers? Right now, the only way to be sure the food you buy doesn’t contain genetically engineered foods is to seek out the USDA’s certified organic and Non-GMO Project‘s GMO-free label. As for meat and fish—if it is not cooked or prepared before it reaches store shelves, its country of origin is probably still labeled. But that could change. And if the new trade agreements go into effect, these and other labeling provisions could be open to challenge.

Meanwhile a sizable fortune is being spent trying to keep this information off food labels. “This has turned into a bigger fight than either side anticipated,” says EWG’s Foley. And that may be one point on which both sides can agree.

*This estimate is based on lobbying expenditures listed on disclosure forms filed with the Clerk of the U.S. House of Representatives and the Secretary of the U.S. Senate and compiled by the Center for Responsive Politics. It is only a partial accounting as this represents spending by 20 of the approximately 100 members of the COOL Reform Coalition that signed a June 8 letter to Congress voicing support for H.R. 2393. This is the same source—and method—that EWG used to estimate spending to oppose GMO labeling bills.

* Because of the limitations of the Lobbying Disclosure Act, the numbers in this post are all estimates.