Farm to Ballet is Bringing Dance Lovers to Farm Fields 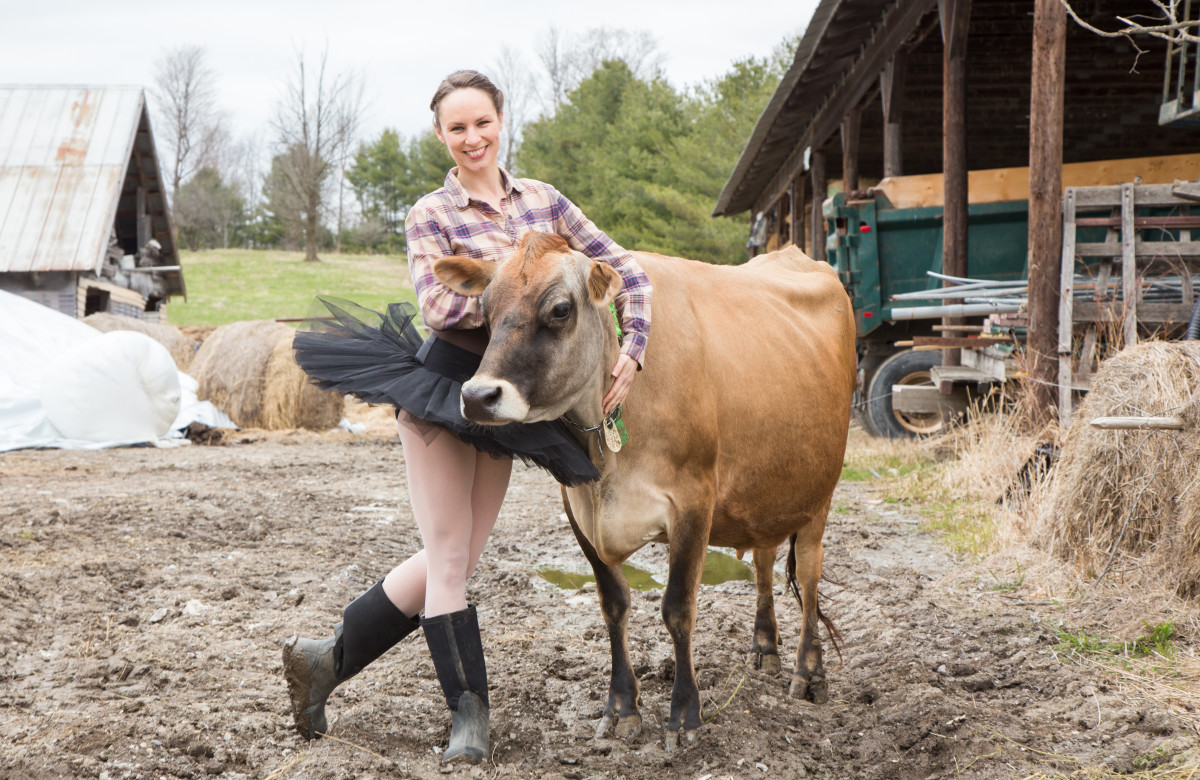 When most people think of farming, ballet is not the first thing that comes to mind. But a Vermont-based project called Farm to Ballet hopes to change that. Throughout the month of August, the project is hosting a series of performances on farms throughout the state. Each show takes place at the site of different farm or farming nonprofit, and some have added meals and fundraising elements, such as silent auctions to the evening’s events.

“Farming is important to me and encouraging healthy food systems is important to me,” says Chatch Pregger, the director of Farm to Ballet. He and the other dancers started working on the month-long performance in February on an entirely volunteer basis. Pregger says while he was scouting locations to see how he might frame the show, one farmer asked Pregger why they weren’t charging for their time. “This farm hosts events, but might hire a band to play for it,” explains Pregger, adding that he told the farmer his goal was to support the farm, not to make money off of it.

The proceeds raised at each performance go to a different food-related nonprofit. “Sometimes the host and non-profit are the same entity,” Pregger says. This was the case for Shelburne Farms—which is both a farm and educational center—and the conservation, food, and arts-focused organization Marble House Project, and Feast & Field Market.

The ballet itself is meant to evoke life on a farm,” according to Pregger, (who adds that using that the term “storyline” to describe the choreography might be misleading). Set to Vivaldi’s The Four Seasons, the first scenes take place in spring with apple trees, pollination, and a farmer planning his crops. Moving through the seasons, the dancers act out planting and tending to crops, irrigating, and the harvest. The final scene is of a farm-share pickup and celebration of a year’s work well done.

The most noteworthy feature of the ballet might be the scenery—provided by mother nature herself. Farm to Ballet installs a barn-like structure at each event, Pregger says, noting,“That’s our only scenery.” The group also has a portable solar panel for any energy needs during the performances. This allows them to pick the best part of each host farm to set their dance without being tied to practical concerns like electrical outlets.

At Shelburne Farms the event was so successful that they not only sold out but had to “manage the waitlist,” according to Tre McCarney, the director of community programs. When McCarney was initially approached about hosting this event, she says, “Little did I know there would be such a buzz. It definitely brought out a new demographic of people.” She has been affiliated with the farm for long enough to know regulars by sight—and there were a lot of new faces in the audience.

Often referred to as “agritourism,” events like this are becoming more popular as farms look for additional ways to earn income. According to the 2012 Census of Agriculture, 33,000 farms had some type of tourist or recreational activity on their farm compared to 23,000 (almost a 50 percent increase). On average, each farm earned an additional $23,000 in annual income—a number that is nothing to scoff at considering most farmers’ low profit margins. Many farms will try just about anything once, whether it’s musical events, U-pick days, or speed dating. And because farms and ballet can both benefit from attracting new people, this project may be a perfect marriage.

Pregger had two goals when starting the project—helping local farms and bringing ballet to a new crowd. “We wanted to dance outside and make it accessible to an audience that might not come to a theater,” he says says. Ballet is one of the lowest attended of all performing arts according to a 2008 National Endowment for the Arts (NEA) survey. Of the American adults who go to see arts performances, only 2.9 percent attended the ballet in 2008. The only art less popular was opera (at 2.1 percent). But the NEA study also found that outdoor festivals were the most popular type of arts event—perhaps because of their air of accessibility. Parents in particular are often apprehensive about bringing their children to a theater. But when the ballet is taking place in a field or beside a barn, “The kids can run around,” Pregger says.

Farm to Ballet is meant to be a celebration of those who grow our food and those who care about where it comes from. And it’s okay if farmers don’t flock to dance class after seeing a performance. “I already have farmers who take ballet classes,” Pregger says. “But I’m also trying to get ballet dancers to the farm.”