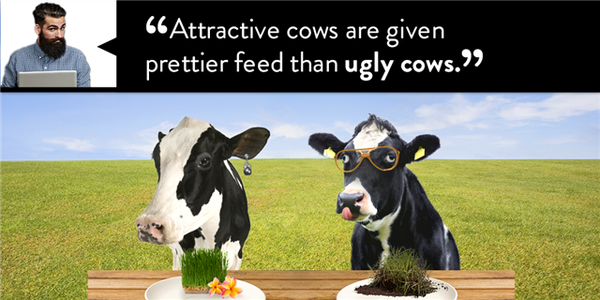 The dairy industry is in crisis mode. Milk consumption has declined by almost a third over the past 40 years, and sales of fluid milk are at their lowest level in 30 years. Meanwhile, the market for non-dairy “milk” has grown by around 10 percent every year since 1999.

Consequently, the industry has tried all sorts of tactics over the past several years to salvage its market. It has branded dairy alternatives “spooky,” funky,” and “not natural”; it advertised milk as a PMS-curing elixir with advertisements that were eventually pulled after significant outcry about their sexist message; and it launched a recent campaign criticizing almond milk’s low protein content, while conveniently ignoring the fact that soy milk provides just as much protein as cow’s milk.

None of those strategies have proven effective, so for its latest stunt, Dairy Management Inc.—the industry group that manages the dairy checkoff, or money it collects from dairy farmers—has begun partnering with The Onion to capture the attention of Millennials.

Together, they’re producing a series of videos and “edgy content” titled “The Udder Truth” that aim to “address common consumer myths” and “set the record straight about the work dairy farmers do and the milk they produce.”

The first sponsored article ran in The Onion in late July with the title, Blogger Takes Few Moments Every Morning To Decide Whether To Feel Outraged, Incensed, Or Shocked By Day’s News. It reads:

Today, for example, I plan to rant about how we’re all morphing into poisonous zombies from the antibiotics administered to dairy cows by aliens—you know, deftly work in something alarmist about how the milk we drink is in fact white food coloring mixed with the tears of radioactive pandas—and tomorrow I might publish an enraged screed against something ultimately benign that I’ve dubbed ‘Big Fluoride.’

In a few clever paragraphs, the satirical post comments on clickbait, manufactured outrage, and misinformed bloggers whose inaccurate screeds and infographics can quickly go viral, no matter where they get their facts. The story ends with the line: “America’s dairy farmers and importers want to share the real facts about milk. Learn more here,” and links to the micro-site where users can view three “Udder Truth” videos.

I empathize with the dairy industry. I, too, get frustrated when inaccurate and hyperbolic nutrition information goes viral, whether it relates to the alleged “cleansing” and “detoxifying” benefits of drinking lemon water or the dangerous claims that apple cider vinegar can cure cancer.

Although a report earlier this year by the U.S. Food and Drug Administration (FDA) found that fewer than one percent of milk samples contain illegal antibiotics, most of the concern about antibiotics in agriculture relates to their overuse as growth-promotion in poultry, beef, and pork, not dairy cows.

However, the dairy industry campaign merits careful analysis. One video, for example, references “mean tweets” while Dairy Herd Management reports that dairy farmers are “tired of social media and video attacks on their lives and livelihoods.”  In both cases, the attacks are not attributed to any specific individuals or organizations. Contrary to what this emotionally-charged narrative implies, most criticism of the dairy industry I have seen revolves around its business practices and not the actual farmers, in the same way that public health critiques of the tobacco and soda industries have little to do with the farmers who grow tobacco and corn. 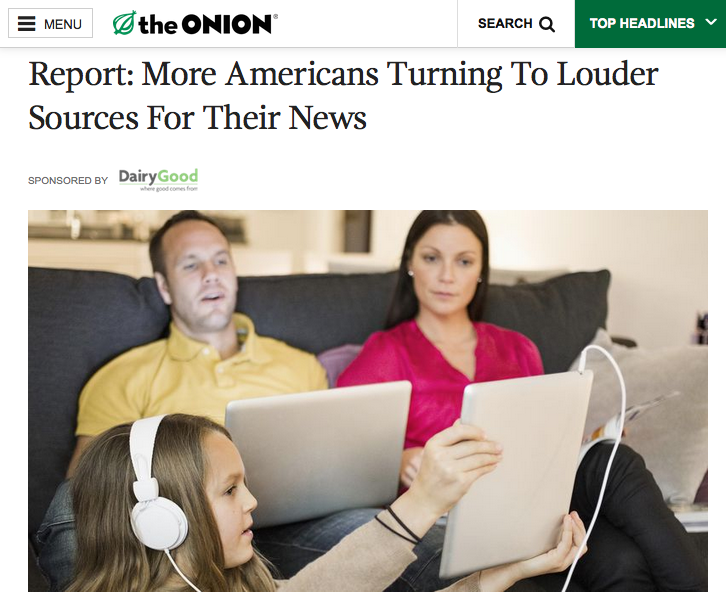 The same  video that refers to “mean tweets” is filled with bucolic imagery, and features a farmer telling her audience that her cows “can’t wait for their turn to go in and get milked.” The farmer also mentions that the manure of that farm’s dairy cows is used to power 110 homes in the local community, constructing an environmentally-conscious narrative.

The glossy, feel-good production does little to address serious concerns many have about the dairy industry. Take improper manure management and its detrimental effects on waterways. In one recent case in Washington state, a judge ruled that a large industrial dairy posed an “imminent and substantial endangerment” to the environment and to those who drink the water. The dairy industry has also played a role in creating and advancing “ag-gag” laws which make documentation inside large farms illegal.

While Dairy Management Inc. says it hopes to correct misinformation with this campaign, it is also worth noting those at the top of the dairy industry—not necessarily the farmers—also have a history of twisting the facts.

In 2007, for example, the Federal Trade Commission put a stop to a national dairy industry campaign that linked dairy consumption to weight loss, citing a lack of research to support that claim. And, in 2013, in an effort to make a low-calorie milk, the International Dairy Foods Association and the National Milk Producers Federation filed a petition asking the FDA to to change its standards for milk so that the artificial sweetener aspartame could be added as an ingredient.

Why target Millennials? The generation born between 1982 and 2000 is less likely to drink milk than any other group, and—as the dairy industry is well aware—spending power has shifted from baby boomers to Millennials in recent years. They’ve also come of age at a time when the story behind our food is far more readily available than it has been at other times. Thus, it’s probably not a coincidence that plant-based milks have been on the rise. The almond milk market alone is worth over $700 million.

The campaign also raise questions about The Onion, which is running the sponsored articles in a template that looks nearly identical to its other pieces. Marketing critic Ken Honeywell responded to the publication’s choice to work with the dairy industry in this less-than-clear-cut way on Welldone Marketing. “By creating sponsored content for what is essentially one side of a political cause, they’ve undermined their own authority as a satirical truth-teller,” he wrote. “This comedy institution that has so successfully skewered the conventions of our modern culture has become just another sleazy purveyor of half-truths.”

But putting questions about The Onion’s integrity aside for the moment, will anyone—young or old—buy the story Dairy Management Inc. is selling here? Or will the industry simply continue to spend loads of money trying to discredit its critics, in hopes it will make it look a little less terrible by comparison?

Until the dairy industry makes a concerted effort to increase transparency and address environmental and animal welfare concerns, slick satirical ads probably won’t do much but further muddy the already-polluted water.