The Cannery in Davis, California, will place an educational incubator farm in the middle of a planned community. 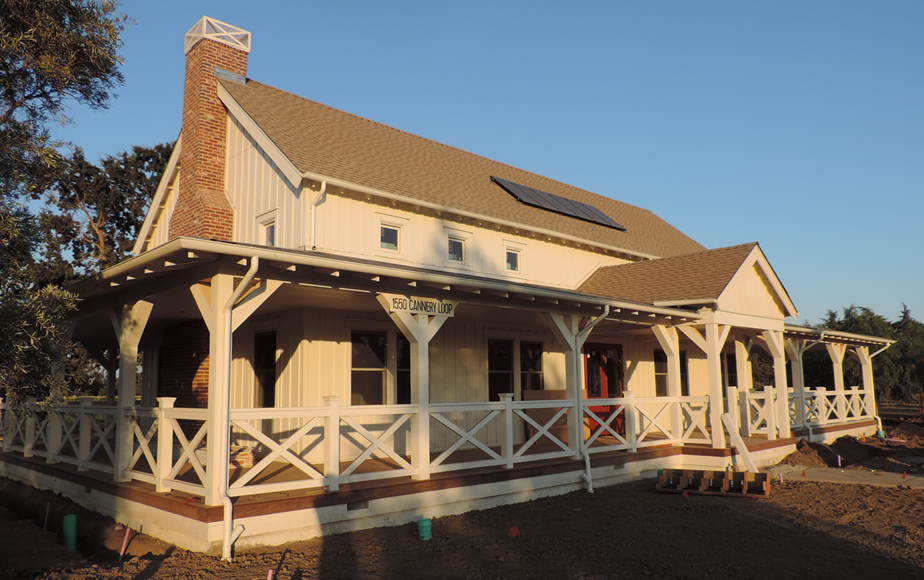 On land that once housed a tomato cannery, a new type of farm is slowly taking root.

The farm is a flagship feature of The Cannery, a residential development in Davis, California, slated for public unveiling next month. And it’s on of a growing number of agrihoods, planned communities that eschew golf courses and build homes around farms instead.

It might surprise some, but The Cannery will be the first* of a new generation of agrihoods in Northern California, an area known for its local food and farm culture.

Well-established examples of the model, such as Serenbe on the outskirts of Atlanta and Prairie Crossing outside Chicago, have been around for 10 and 20 years respectively. But they’re relatively new to the Golden State. The Rancho Mission Viejo development in Orange County plans to launch a farm in 2016, and plans for an agrihood on University of California land outside San Jose were also recently announced.

The Cannery will be also be noteworthy addition to the agrihood list because it is the first agrihood located on former industrial land. In addition, the Cannery’s farm will be managed by a nonprofit organization focused on educating students and would-be farmers—another unusual element. 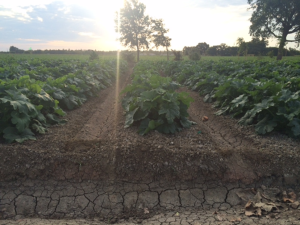 “Usually, agrihoods are taking over existing farmland, not reclaimed land,” says Mary Kimball, executive director of the Center for Land-Based Learning (CLBL), the nonprofit that’s gearing up to run the farm next year. The Center runs educational programs across California for students aspiring to agricultural and environmental careers.

Ed McMahon, a sustainable development expert at the Washington, D.C.-based Urban Land Institute currently tracks about 200 such projects nationwide (both complete and in development). He agrees that the model is unique.

The 100-acre development, located near the city’s downtown and the University of California-Davis campus, was the home of the Hunt-Wesson tomato processing plant (later taken over by ConAgra) from the early 1960s until 2000.

After several stalled efforts to build on the land by other developers, the city of Davis approved The New Home Company’s agrihood project in 2013. The project broke ground in May 2014. All 550 solar-outfitted homes in the development will be  located within 300 feet of a park or trail connected to the city’s bicycle path network. The Cannery is also the city’s first master-planned community in 25 years, according to Kevin Carson, the New Home Company’s Northern California division president.

“We didn’t just want to put in a community garden,” he said. “We wanted to put real value back in farming, and [we wanted] people to get out of their houses to visit each other. We want the residents of Davis to bike here for a picnic and a tour of the farm.”

This fall, the New Home Company will deed the Cannery’s farmland to the city of Davis. In turn, the city will lease it to CLBL, which  plans to make it one of several incubator farms managed by the organization’s graduates. Every few years, new farmers will rotate in and take over daily operations.

“It’s a model not just for California, but how these kinds of places can be reclaimed for innovative developments that have an urban farm,” Kimball said.

The farm, which occupies 7.4 acres of The Cannery, includes 210,000 square feet for growing crops, a barn, a farm house and a fruit orchard. The farmers will live offsite. 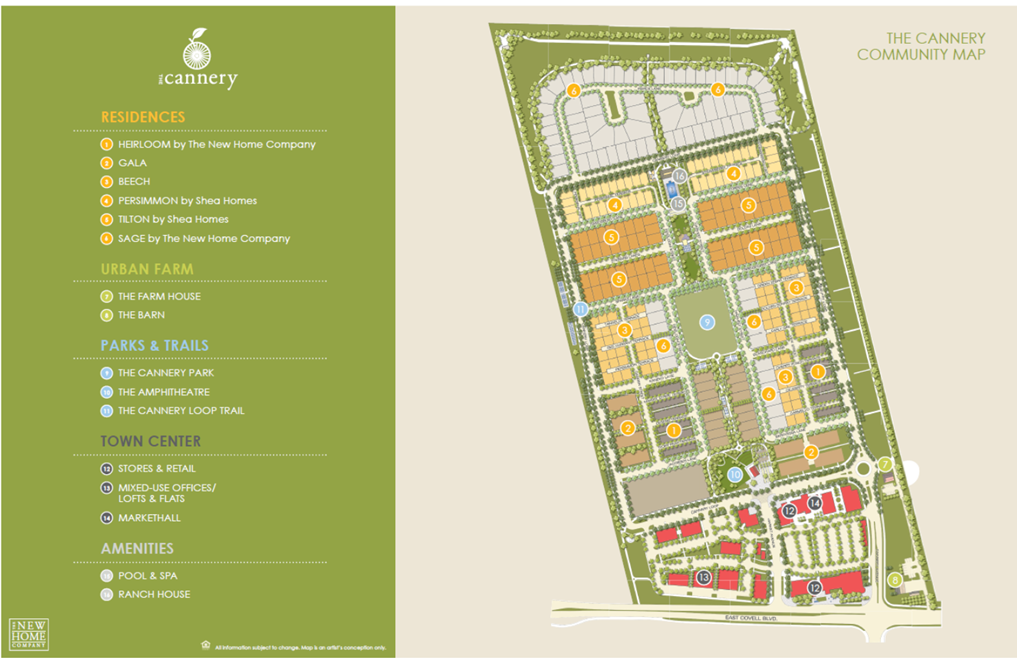 CLBL, which will receive $100,000 a year for three years from the New Home Company as seed money, plans to make it a working commercial farm specializing in organic vegetables. Kimball also expects that the farmers will establish a community supported agriculture (CSA) subscription service primarily for Cannery residents, and hold periodic tours or workshops for the community.

But residents shouldn’t expect the farm to be up and running shortly after they move in this fall, Kimball says. CLBL still needs to raise money for farm supplies and equipment—such as a tractor and drip irrigation tape, for example—and the incubator farmers have yet to be selected. The organization also plans to hire an employee who will serve as the farm’s community liaison.

And because the land was previously covered in concrete, Kimball says, the farmers will spend the first few years improving the soil. CLBL has trucked in a new layer of soil for starters. But the natural clay composition of the soil beneath will make it a challenging base for growing food.

“Environmental tests show that the soil isn’t contaminated,” Kimball said. “But for the first three to five years we’ll be doing a lot of reclamation and planting cover crops … we’ll also continue to add lots of manure to the soil to increase the organic matter.”

The New Home Company has planted pumpkins, tomatoes, and sunflowers on the lot for now, Carson said. And there’s also a 15-acre mixed use space at the Cannery that the New Home Company is currently marketing for lease. One possibility for the space, Kimball says, could be a public market of local artisan vendors similar to others that have sprouted around the country recently.

Agrihoods are a small part of the residential housing market—about 5 percent, McMahon estimates. But thanks to factors such as the popularity of farm-to-table dining and the rise of the grow/buy local movement, he says, the niche is growing by leaps and bounds.

The model is also attractive to builders, says McMahon. “You can create value at a low cost,” he said, adding that developers have found that onsite farms have had a greater impact on home sales than other amenities such as spas or swim clubs. “Ag is becoming a competitive differentiator in the development world.”

But the value of green space and the yearning for community, McMahon says, is also responsible for the strong pull towards agrihoods.

One example he pointed to was the Grow Community, a planned neighborhood on Bainbridge Island near Seattle. The developer was initially focused on creating “zero carbon” houses that produced as much energy as they consumed, but included a community garden as an afterthought.

The community garden ended up being the most important meeting place in the neighborhood. “This is where they hang out and talk with their neighbors,” he said. “It’s not just about growing crops. It’s about growing community.”

* A planned community called Village Homes brought gardens and edible landscaping to Davis residents in the 1970s, but it was not built around a working farm.