This Catskills Camp Immerses City Kids in Self-Sufficiency and Salad

From goats, to chickens, to jam-making, the camp immerses kids in 100-acres of farm and food fun. 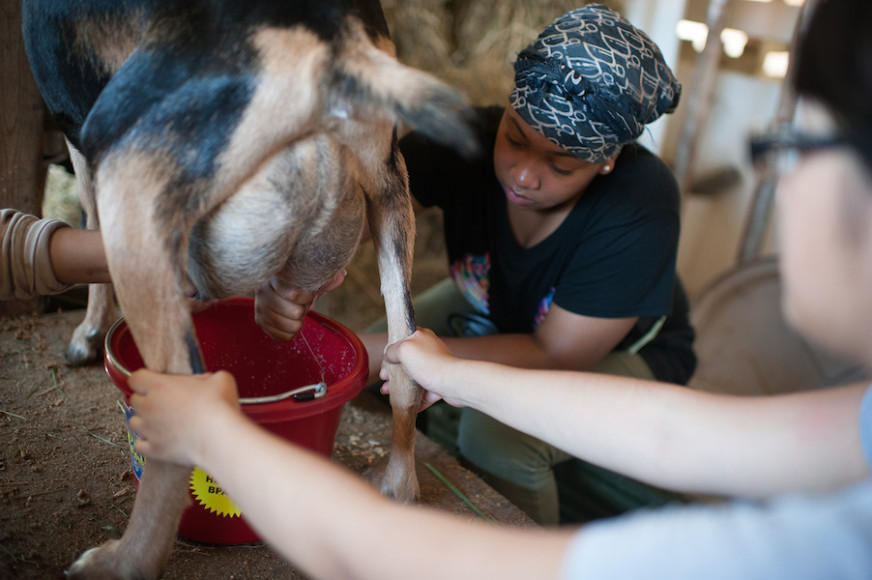 For teenagers accustomed to the fauna of New York City—pigeons, rats, cockroaches—Roxie the goat is a game-changer.

Each summer, a group of 120 lucky high schoolers treks north to a place called Steve’s Camp at Horizon Farms in the Catskill Mountains to spend 12 days, fully funded by scholarships, with Roxie and a team of educators intent on building community and leadership through experiences on the farm and in the kitchen.

“Kids who have never been around a goat before [were] fighting to milk Roxie, each sharing a teat,” explains the camp’s executive director Josh Borkin.

It’s an eye-opening, sometimes life-changing getaway for city kids, many on their first trip outside the city.

Steve’s Camp is the brainchild of Steve Kessner, a real estate mogul and philanthropist who grew up as the son of a taxi driver in the Bronx. His childhood trips to the Catskills inspired a lifelong love of the outdoors and appreciation for the therapeutic effects of nature.

“I’m a kid from the streets of the Bronx and I had the opportunity to go to the Catskill Mountains and it totally changed my life,” says Kessner. “There was a freedom that I was able to have as a kid and I want to offer that to other kids as well.”

So in 2010, Kessner bought 100 acres of farm-land near the town of Livingston Manor and set to work building a resource for young people from New York’s underserved communities to experience a break from their wired, hectic lives (on day one, counselors collect cell phones) and connect with food and nature in an intimate, hands-on way, often for the first time.

The program actively seeks students who would normally never experience the camp’s bucolic setting by working exclusively with schools where most students receive free and reduced-price lunch. Many have grown up on a diet from Dunkin’ Donuts and the bodega. For some, it’s their first experience away from home and an opportunity to develop independence and self-sufficiency.

Each day, campers set out to pick produce, collect eggs, and feed the chickens, learning “why’s” all the while. Back in the kitchen they turn the day’s harvest into a range of simple, nutritious meals under the guidance of the camp’s chef Nyanyika Banda, an alum of WD-50 and Mission Chinese. 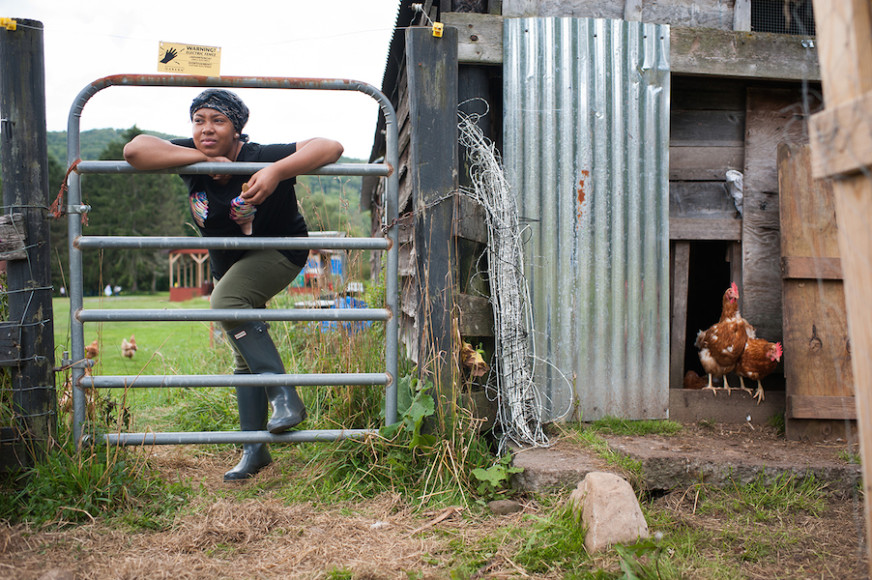 But farm-to-fork lessons don’t just focus on the food system, nutrition, flavor, and food politics. Campers also learn simple cooking techniques for fresh ingredients they can find at home, part of an effort to make the skills applicable year-round.

Borkin sees the kitchen as a tool for both education and empowerment.

Borkin and the staff also run workshops on stress relief, nature appreciation, and leadership skills. Afternoons comprise team-building exercises and “more typical camp stuff,” even occasional movie screenings, although the fields of fireflies put on an even better show. “They don’t even really have time to miss their phones.”

Since the first group hit the mountains in 2011, the camp has nearly doubled in size and significantly increased the resources offered to campers both during and after each session.

“Camp has evolved a lot,” says Victoria Brown, a current counselor who was one of camp’s first students and whose own life was changed by the experience. “I had never really seen an animal outside of a cat or dog.”

Now she sees the camp from the other side, as a catalyst for improving students’ lives at home and in the classroom. “You go back to the city and you want to continue the good habits you learned at camp.”

Anecdotally, it’s working. As a result of lessons learned, Borkin and the rest of the staff have seen students lose weight, choose related college majors and permanently alter their eating habits.

“Even when you’re not physically at camp, you still feel it,” Brown says.

Josh Borkin puts it simply: “With food, you can have every type of conversation.” 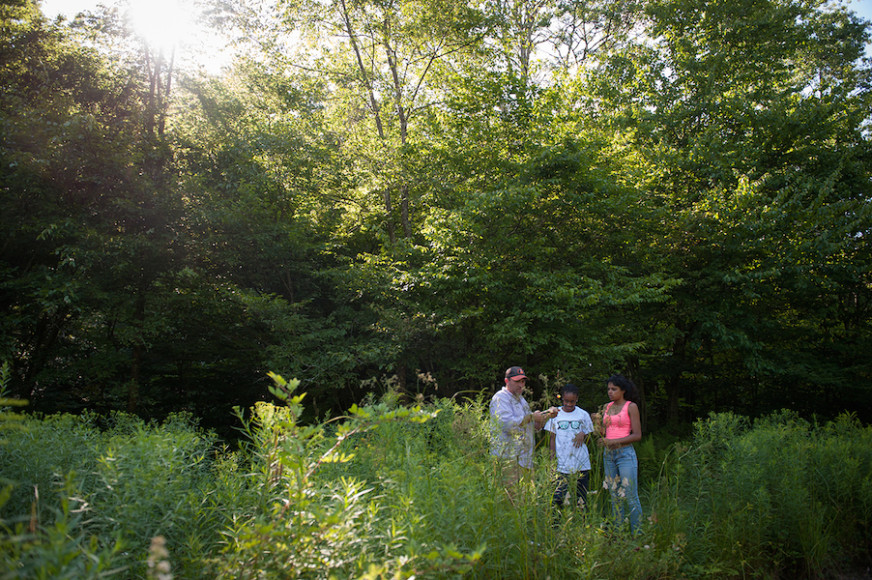