Bee Hotels Give Native Species a Place to Call Home

Across the Midwest, native habitat for wild bees is shrinking. Bee hotels could pose a solution. 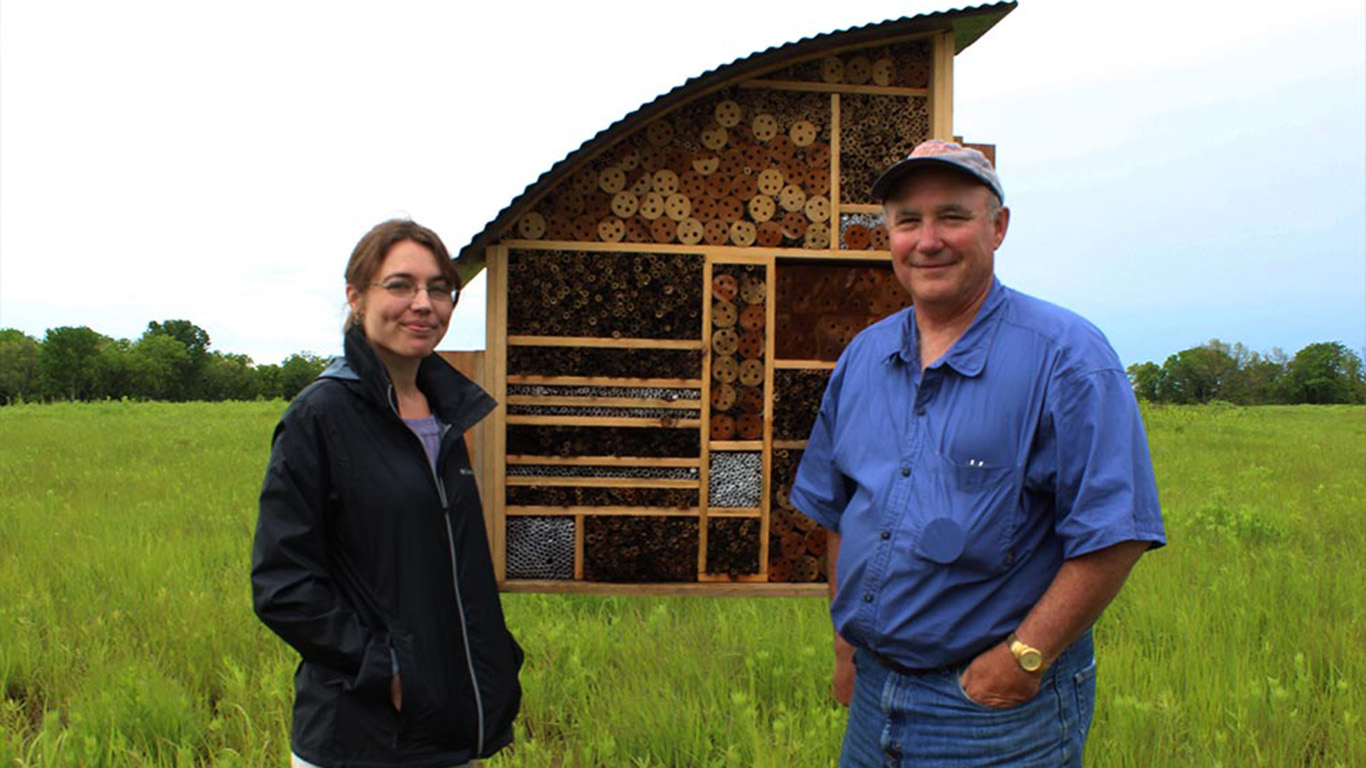 A patchwork of bamboo and paper tubes, with diameters no bigger than a nickel, are stacked artfully inside a 4-by-4 wooden frame near the edge of a public hiking trail in Lawrence, Kansas.

Organized by size, each hollow tube is about 8 inches long, designed as nests for Kansas’ wild bees. This structure is called a bee hotel.

As concerns about diminishing honeybee populations continue to grow, North America’s 4,000 other species of native bees are also declining. In response, “bee hotels” are springing up all over North America and Europe.

“These bees naturally will be nesting in things like a dead log with beetle burrows that are hollowed out, and in hollow stems of plants,” says Daphne Mayes, a graduate student at the University of Kansas who studies wild bees. “So really, this structure is just trying to mimic the things that are found in nature for these organisms.”

The hotel is made for solitary bees that don’t swarm or have a hive like the more well-known honeybees and wasps. So there’s no queen, no workers–just a single bee and its larvae.

“Honeybees and bumblebees will not be nesting in a bee hotel because it’s not part of their life history,” Mayes says. “So what you will be finding are things like leafcutter bees…they cut pieces of leaves to line their nests. You’ll also find mason bees, which use mud to partition their nests.”

Each nest has repeating segments of nesting material, larvae, and pollen. Once the nest is full, the bee seals it off and moves on to another location. As more ground gets plowed under or paved over, bee hotels can ensure that bees have a place to live. While data on native bee populations are hard to pin down, the general decline in other pollinators is not. The number of Monarch butterflies wintering in Mexico is down by 90 percent. Last year, a federal survey found that beekeepers lost more than 40 percent of their colonies.

“I think that there is a lot of research going on right now focusing on native bees and things like these bee hotels,” Mayes says. “There are universities that are using these as a citizen science tool to document species that are found in different areas, and so I think that over time we’ll have a much better understanding of these native species, of their needs and how much they fluctuate.”

Researchers suspect a common class of pesticides called neonicotinoids are harmful to bees. Entomologist Charles Michener, who has studied bees for more than 80 years, says habitat loss is also hurting the insects. 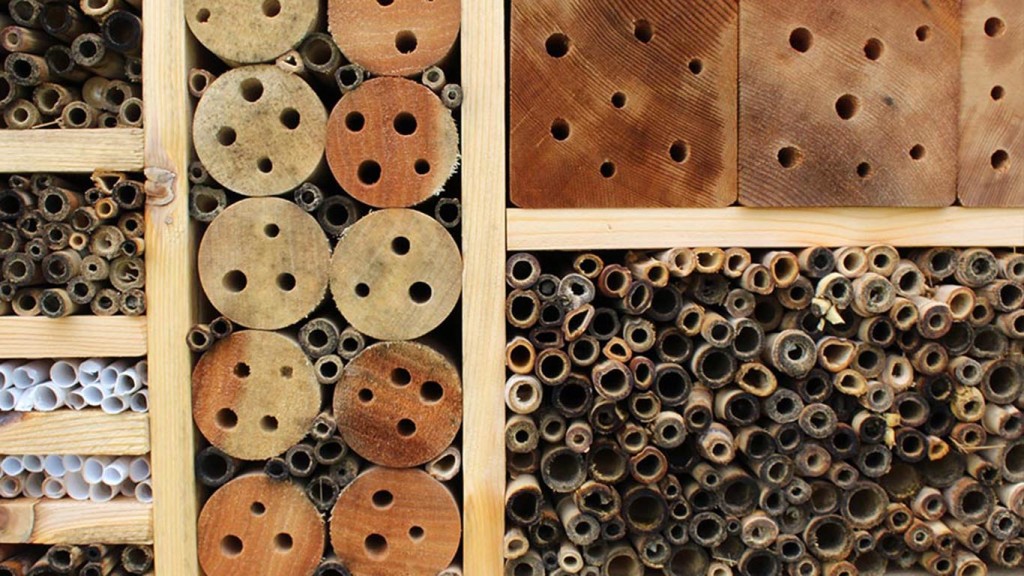 “Of course there are other things like destruction of natural vegetation and when somebody destroys it, plows it up and plants in soybeans or something else like that, then the bees are left without their ordinary sources of food,” he says.

Michener says that without solitary bees–like those who will nest at the bee hotel, as well as other pollinators–our world would be very different.

And while the focus of recent federal protection seems to be on the honeybee and monarch butterfly, saving those species doesn’t solve the whole problem.

Many native and wild bees only get pollen from specific sources, and sometimes those sources can only be pollinated by only one type of bee. These are called specialist bees and include some of the bees that will be nesting in the bee hotel at the Kansas University field station.

“There are a lot of specialists and many of them are useful pollinators of plants we’re glad to have. People like evening primroses because they’re pretty,” Michener says. “And these specialist plants wouldn’t thrive, wouldn’t reproduce maybe, possibly not at all, if the specialist pollinator were extinct.”

This story was originally reported for KMUW and Harvest Public Media.