Can the Ingredient Supply Chain Keep up With The “Non-GMO Tsunami?”

As products like Cheerios and Ben & Jerry's ice cream drop GMOs, suppliers of raw ingredients say they can meet the demand. 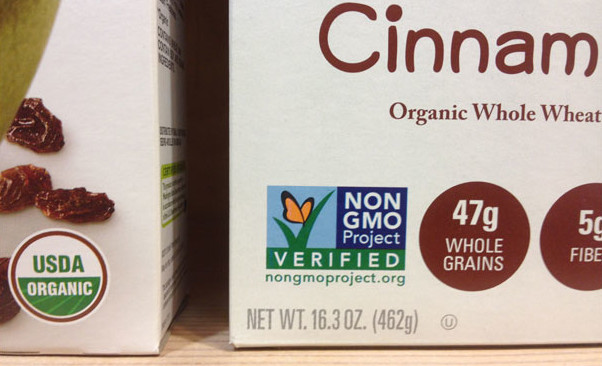 At the 2013 Institute of Food Technologists tradeshow, a supplier of non-GMO ingredients told me that the “non-GMO tsunami is coming.”

Based on the growth of the non-GMO market in the past two years, that tsunami is already here. Sales of Non-GMO Project verified products have topped $11 billion per year, and now number more than 29,500. According to a report by Food Processing, new products with non-GMO claims increased by 45 percent in 2014.

With this rapid growth, can the supply of non-GMO grains and ingredients meet the exploding demand? Industry experts say yes. Kellie James, CEO of Mercaris, a market data service for non-GMO and organic grains, said that some non-GMO corn and soybeans are being sold as conventional, or stored in the hopes that premiums or buyers will increase at a later date.

“More farmers have grown than there is demand for,” said James, whose company is trying to fill the need for accurate reporting of non-GMO supply.

Lynn Clarkson, president of Clarkson Grain, agrees. “Supply is up 25 percent, and demand is up 15-20 percent. I don’t think there is a danger of non-GMO supplies running out.”

80 Percent Growth in Demand for Non-GMO and Organic

CHS doesn’t have supply challenges because it is a farmer-owned cooperative and vertically integrated.

“Our farmers will grow whatever is needed,” Van Kleek said.

Andrus has seen 80 percent growth in demand for both non-GMO and organic ingredients. “Non-GMO is becoming more and more mainstream. It’s still a niche, but it’s coming,” he said.

Nate Yates, business director with Ingredion, sees a tighter supply situation. “It’s not an unlimited supply. But for what we have wanted, we have not had a challenge sourcing raw material,” he said.

Ingredion sells non-GMO modified starches and sweeteners. Twenty of its products are Non-GMO Project verified. “We are seeing demand across all food categories,” Yates said.

Debbra DeMarco, vice president of Canada-based Top Health Ingredients, has also seen interest in non-GMO increase in the past year.

“In 2013, people were talking about non-GMO but now we are getting calls for non-GMO ingredients. Customers are getting more serious,” said DeMarco, whose company sells non-GMO sweeteners, proteins, and fibers.

Overall, non-GMO ingredients can cost around 20 percent more than their conventional counterparts.

“The increase in price is a function of identity-preserving raw material from the farm all the way to the plant. This ranges from 10 percent to 25 percent,” Yates said.

The non-GMO supply chain encompasses a wide range from grains, such as corn and soybeans and processed products, such as oils, flours, proteins, and meals, to sweeteners, starches, and minor ingredients such as lecithin, citric acid, enzymes, food colors, and flavors. There are now non-GMO sources for nearly all of those products, and many are becoming Non-GMO Project verified.

“Large companies have been resistant but now everyone is trying to find non-GMO ingredients,” he said. “This is the largest and fastest movement I have ever seen in the 45 years I’ve been involved in the food and beverage industry.”

“It’s not true that if food companies switch to non-GMO ingredients, their costs will increase,” he said.

According to Tyler Lorenzen, vice president of business development, peas offer many benefits as an alternative protein.

“Peas are non-GMO, free of allergens, high in starch, and not processed with hexane (a chemical solvent),” he said.

Rice is also being used as a protein source. Rice Bran Technologies sells products made from rice bran, including protein, fiber, and oil. The company’s RiBran food ingredient is Non-GMO Project verified.

“From what we hear, companies are being asked by their customers: ‘are you using non-GMO products?’ ” he said. “Non-GMO is becoming as important as organic.”

Robbins sees a trend away from soybean oil to sunflower. “Sunflower is a healthier oil and can handle heat much better,” he said.

However, sunflower oil can cost twice as much as conventional soybean oil.

“Now is the time for companies to make commitments, not next spring. Good buyers have already made arrangements for next year,” Clarkson said.

“Make sure you can verify your sources,” he said.