We pay special tribute to the farmers who feed us and take care of the land. 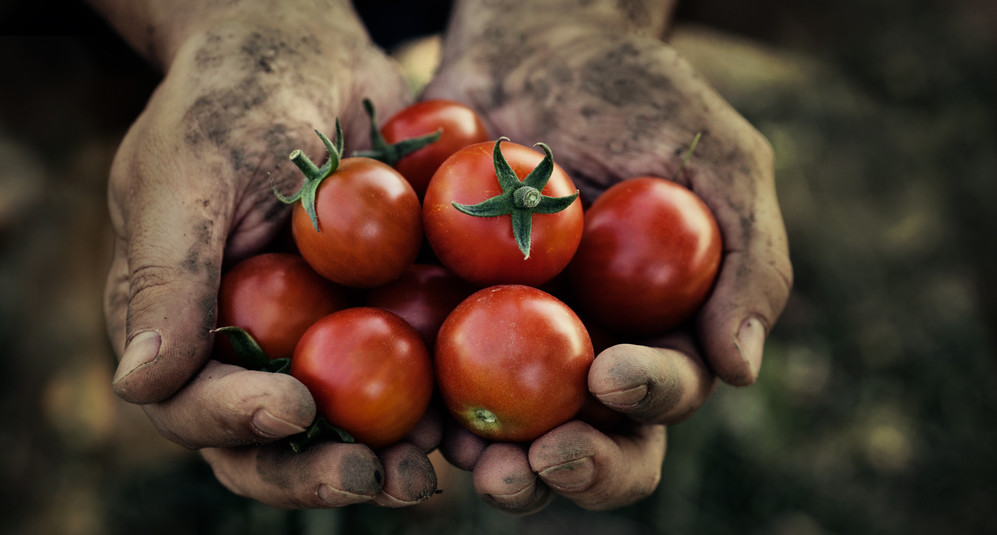 It’s high summer and we’re lucky to be reaping the bounty of the hard work that farmers did earlier this year. Having worked on several farms across the U.S., I know that this is serious crunch time. Farmers are not only harvesting the fruits of their labors, but they’re also planting fall crops.

Farming is the hardest work I’ve ever done and I’m grateful to have earned my “dirt cred” while gaining an inside view on agriculture. In this month’s note, I want to pay special tribute to the farmers who feed us and take care of the land by sharing some of the many stories we’ve published about them over the years.

We’ve reported on the growing movement to engage and support beginning farmers in this country since our inception. With the average age of the American farmer at 57 years old, young and beginning farmers are stepping up to answer the call to feed our future. For more than six years, our Young Farmers series has chronicled their experiences from undergoing training programs to finding love in rural America to the practicalities of finding healthcare, the possibility of student loan forgiveness in exchange for farm work, and the need for small farm financing and acquisition.

I truly believe that in order to scale up sustainability, we must invest in beginning farmers. Fortunately, there are now many farming programs, like this one in Vermont, and the Grange Farm School in Mendocino County. There is also more money available now to train new farmers, both from the federal government and in the form of interest-free loans via Kiva Zip. And there are a handful of efforts nationwide working to help new farmers access land.

We’ve shared the incredibly important work of the National Young Farmers Coalition, which advocates for beginning farmers, helping them overcome significant hurdles. And we’ve written about what it’s like to start out as a young farmer, including many first-person accounts by new and young farmers themselves. We’ve explained what it means to be a farm apprentice, the difference between being an apprentice and an intern, how to get the most out of your time on a farm, and have published a number of stories featuring different farm experiences. And we’ve written about farmers helping veterans and veterans becoming farmers.

There is an incredible spirit of collaboration and sharing among the next generation of farmers. We’re big fans of the Greenhorns, who have published several Guides for Beginning Farmers, and multiple Farmers’ Almanacs. And the Farmer’s Guild is helping build collaborative efforts for new and young farmers.

Over the years, we have shared many stories about the innovative things farmers are doing to survive in the current food landscape. Here are a few of our favorites:

Jean-Martin Fortier sells $140,000 of food on an acre and half, and wrote a guide for others who want to do the same. California Peach farmer Mas Masumoto (we’re big fans: here, here, here and here); Sue Ujcic of Helsing Junction Farm in Washington; Leah Penniman of Soul Fire Farm in upstate New York; Michael Foley; Farmer D; Dairy farmer Albert Straus of Straus Family Creamery, the first certified organic dairy west of the Mississippi River; as well as Lisa Kivirist, Anthony Flaccavento, and Molly Rockamann, among so many others.

We also feature the voices of farmers themselves, including Jim Goodman, an organic dairy farmer in Wisconsin; veteran organic farmer Eliot Coleman; and urban farmers Jason Mark and Antonio Roman-Alcala. Earlier this year, Natasha Bowens shared several excerpts with us from her book, The Color of Food, in which she interviews more than 75 farmers of color around the country.

We seek out stories on rural farming life, including LGBT farm couples in rural America; issues of broadband access in America’s heartland; how many of those facing food insecurity in rural areas also work in the agricultural sector; a program in rural Pennsylvania teaching young people how to farm; how rural America is on the cusp of one of the greatest transfers of land in history (and no one’s talking about it); and how organic farming could be the key to rebuilding rural America.

The labor and hazard issues facing farmers are real. And we’ve sought to hold a spotlight to this often overlooked issue in the food movement: from children harvesting crops to conditions for dairy farmers and the impact from pesticides on farmworkers, from new initiatives helping to make farming more equitable to the successes of farmers organizing through the Coalition of Immolakee Workers, and much more.

Across the country, women farmers are becoming more of a force, and we’ve included stories by Temra Costa and her book, Farmer Jane, and the photos from the FarmHer project. Shifting Gears explores and celebrates women’s contributions to sustainable agriculture—and put them on the road. Women ranchers in Northern California are joining together to offer customers premium pastured meats through the new Capay Valley Meat Co-op. And women farmers in Wisconsin gather for potlucks, which can mean the difference between farming alone and feeling like part of something bigger.

We have a special place in our hearts for urban farmers, as they reimagine cityscapes with gardens and rooftops with food. We’ve profiled several leaders in this space: Will Allen of Growing Power; Malik Yakini of the Detroit Black Community Food Security Network; Ron Finley, the self-proclaimed “gangster gardener”; Doria Robinson of Urban Tilth, who is transforming empty lots in North Richmond, California; and Karen Washington, who is improving the lives of low-income residents in the Bronx by growing fresh, healthy food close to home.

We’ve also profiled urban permaculturalist Adam Brock at GrowHaus, a nonprofit food justice center based in a half-acre greenhouse in Colorado’s most polluted zip code. We have featured the growers behind Urban Adamah, an urban farm in Berkeley, California. And there are many more city-based farmers, including Miles Gordon of the Gardens Project in Mendocino County; urban farmer Annie Novak, co-founder of the Eagle Street Rooftop Farm in Brooklyn, a green roof turned vegetable farm; and Zach Pickens of Rooftop Ready Seeds, a small NYC start-up, who has been cultivating, packaging, and selling seeds bred specifically for New York urban farms.

Whether in the city or in the country, farmers are the backbone of our food system and I feel lucky to have spent many years putting a spotlight on their hard work. If you know of a farmer with a great story to tell, please let us know. In the meantime, enjoy your summer watermelon, corn, and stone fruit and thank a farmer for her bounty.