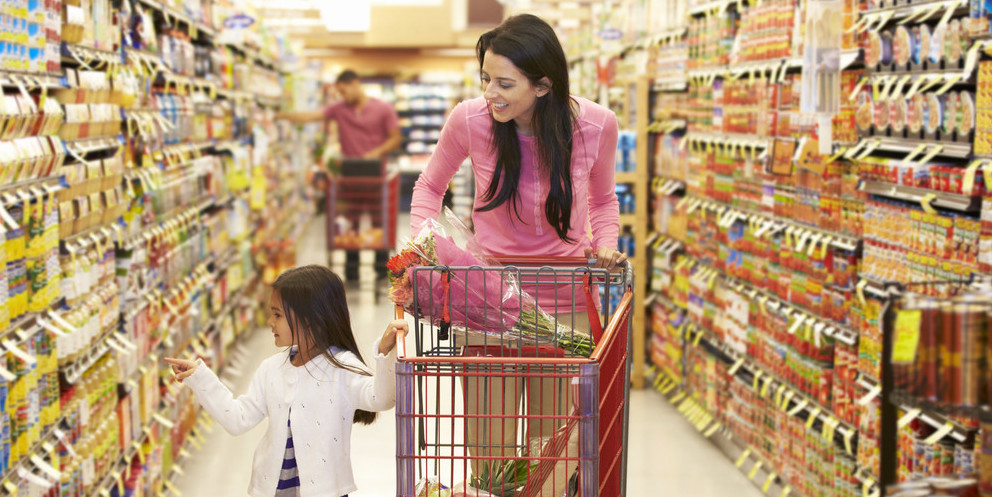 When it comes to food in America, we’re witnessing a sea change. Organic sales jumped 11 percent last year. Meanwhile about 84 percent of U.S. consumers now say they buy at least some organic food and two-thirds of Americans are in favor of requiring labeling on products containing genetically modified (GMO) ingredients. So it’s not surprising that some large food companies are spending money to coax consumers back to their side of the aisle.

What might be surprising is just how much they’re spending. According to a new report released by Friends of the Earth (FOE), a group of organizations or “front groups” associated with producers of conventional and genetically engineered food spent $126 million on these efforts between 2009 and 2013.

The report, Spinning Food, looks at spending by 14 groups associated with agricultural chemical, processed food and industrial livestock producers, and their trade associations. Rather than aiming their lobbying efforts at elected officials, these groups target consumers, hoping to sway them with highly persuasive websites, social media and targeted messaging campaigns. While each campaign is different, most tout the benefits of GMOs, work to debunk what they call the “exaggerated benefits of organic food,” and attempt to separate “fact from fiction on all things food.”

“They’re pushing hard on the organic-is-not-worth-the-money angle and trying to paint organic as elitist—and on anti-labeling laws,” says report co-author Stacy Malkan and co-director of consumer advocacy organization U.S. Right to Know, of the groups profiled in the report.

A close look at some of these groups’ “explainers” suggests they may swimming against the tide—with statements asserting that use of antibiotics on livestock is unrelated to the spread of antibiotic resistant bacteria and that environmental impacts and worker safety are outside what should be considered “benefits” of organic food, and asking consumers to support legislation that would create a federal GMO-labeling program but prevent states from taking such action.

In addition to targeting consumers, the report outlines how organizations’ messages are making their way into the news media using what report authors call “a host of covert communications tactics.”

The report details well-funded campaigns that include panel discussions promoted through organization websites such as the U.S. Farmers and Ranchers Alliance’s “Food Dialogues,” media appearances by organizational spokespeople and members, op-eds, and prominently placed ads.

“It’s stunning how much money” is being spent this way, said Malkan in an interview with Civil Eats.

The food industry and groups named by FOE are not responding kindly to the report. “A 62-page report attacking farmers can’t cover up the fact that Friends of the Earth is a science denier on the issue of genetically improved crops,” said the Center for Consumer Freedom’s director of research Will Coggin in a statement. The produce industry’s online news site The Packer called the report “a contrived broadside.”

Other groups are stressing their transparency and claiming independence from industry. “We are completely transparent about who we are and who are members are,” said Center for Food Integrity CEO Charlie Arnott. As FOE points out, the group’s board of directors includes current representatives from Monsanto, the United Soybean Board, Tyson Foods, the National Pork Board, and the American Farm Bureau Federation.

But Arnott says, “We don’t endorse any products or processes,” adding that none of the group’s experts are paid or their statements vetted or approved by industry. “We do embrace skepticism” and “appreciate the fact that there are different points of view,” said Arnott. “Unfortunately the report mischaracterizes who we are and what we do.”

Similarly, International Food Information Council CEO David Schmidt sent a statement saying, “We often highlight the benefits of modern food production, including innovations such as fortification, biotechnology, and safer food packaging, yet we respect the freedom of those who choose organic or other approved food options” and that the group’s aim is to “help consumers make informed choices.” The group’s Board of Trustees includes current or past employees of Coca-Cola, Mars, and McDonald’s.

Randy Krotz, CEO of the U.S. Farmers & Ranchers Alliance, whose funders include the National Cattlemen’s Beef Association, Dupont, and Monsanto, struck several of the same themes. “We are dedicated to helping answer consumers’ questions about how their food is grown and raised. We do this by connecting farmers and ranchers with those consumers and committing to transparency,” said Krotz via email.

So where does this leave consumers? They’re in the middle of a tug-of-war between environmental and consumer advocacy groups and agribusiness, industrial food producers, and their trade associations. Yet, as mentioned, a bipartisan majority of Americans favor labeling of GMOs, while their preference for organic food appear to be crossing both party and other demographic lines, with a majority—albeit slim—of younger consumers choosing organic.

Meanwhile, sales of organic are still only about 5 percent of all U.S. food sales, and merely one percent of crop acreage in the U.S. is currently dedicated to organic. But demand, which has grown steadily over the past decade, is beginning to exceed supply with growers reaping the benefits thanks to premium prices. At the same time, many food companies—including chain restaurants like Chipotle, supermarket giants Costco, Kroeger, and Walmart and food manufacturers, including General Mills, ConAgra, and Kraft (which is now offering organic mac & cheese) are all getting in on the action and generating billions in sales with their organic offerings.

Despite the multimillion dollar investment to persuade them otherwise and an onslaught of often contradictory messages, a growing number of American consumers—and food businesses—are opting to label GMOs and choose organic.