Is Your Grass-Fed Beef for Real? Here's How to Tell and Why it Matters | Civil Eats

Is Your Grass-Fed Beef for Real? Here’s How to Tell and Why it Matters

As demand for grass-fed beef explodes, a range of practices and labels (and a lack of regulation) persists. 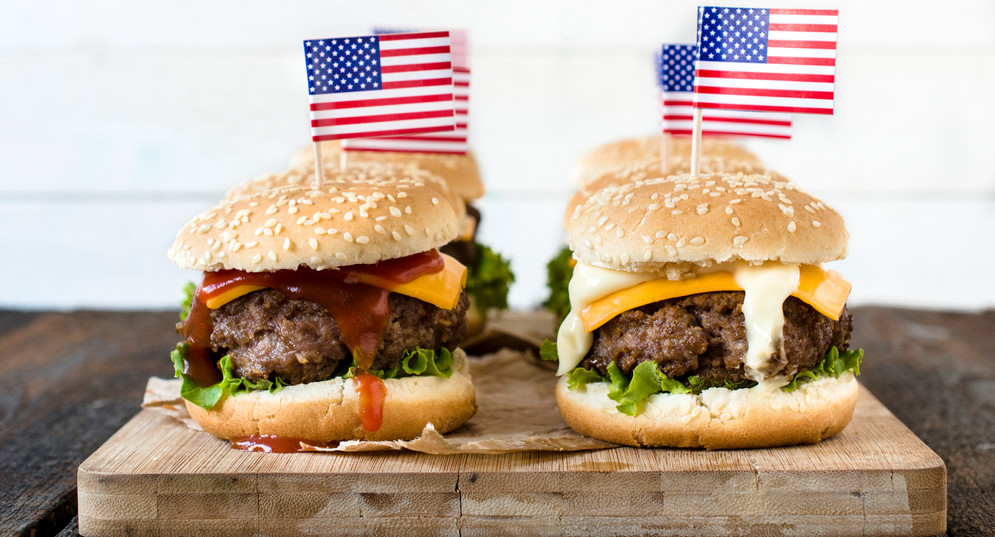 When you buy a pound of hamburger in the grocery store, you’re likely to be bombarded by an incredible assortment of labels. With all-natural, grass-fed, free-range, pastured, sustainably sourced, and certified organic options to choose from, it’s not easy to parse which beef is actually the best.

In recent years, demand for grass-fed beef has grown rapidly, thanks to the popularity of high-protein diets and growing consumer awareness about the overuse of antibiotics on farms and other related concerns. Grass-fed beef is also seen as nutritionally superior to its corn-fed counterparts, thanks to the omega-3 fatty acids that cows ingest when they graze on clover and other grasses. Grass-fed burger chains are popping up all over the country, and even Carl’s Jr. began offering a grass-fed burger earlier this year.

But what exactly do we mean when we say “grass-fed”? And is all grass-fed beef the same?

It’s All in the Finishing

“All cattle are grass-fed at one time in their life, until most end up in a feedlot where they’re finished on grain,” says Texas rancher Gerry Shudde. Indeed, most cows spend at least six months eating grass, before they are “finished,” or fattened up, with grain. The National Cattlemen’s Beef Association puts that number at 12 months, but most grain-finished beef cows don’t live beyond 18 months.

According to rancher and the author of Defending Beef Nicolette Hahn Niman, the real number likely falls somewhere in the middle. “On average, the cattle in the U.S. that is going through feedlots is slaughtered at 14-16 months,” she says. “They do grow fatter and faster if they’re being fed grain, so they’re going into feedlots at younger ages to shorten that time as much as possible.” In a feedlot environment, grain causes cows to put on about one pound for every six pounds of feed they eat. In contrast, grass-fed cows are slaughtered anywhere between 18-36 months.

“When you keep cattle on grass their whole lives, and truly have them forage for a diet that their bodies have evolved to eat, you allow them to grow at a slower pace,” says Niman. Not surprisingly, caring for the animal for so long can be expensive for ranchers and consumers.

Many informed eaters will tell you that this slower process results in a signature flavor and distinct leanness that sets it apart from its corn-fed counterpart, but the fact is that beef producers can label their product “grass-fed,” even if the animal is fed grain over the course of its lifetime. Unlike the lengthy auditing process involved in U.S. Department of Agriculture’s (USDA) organic certification, the use of “grass-fed” is only regulated under the agency’s “marketing claim standards.”

According to these standards, grass-fed cows are supposed to be given continuous access to rangeland, and they cannot be fed grains or grain by-products. In the event of drought or other “adverse weather conditions,” farmers are allowed to bend these rules if the animal’s wellness is in jeopardy, but they must maintain meticulous records. Unfortunately, these regulations are, for the most part, a paper tiger.

Marilyn Noble of the American Grassfed Association argues that beef producers have little incentive to stick with those rules. “It’s a big issue, and there is a lot of misunderstanding. The Agricultural Marketing Service developed the grass-fed standard, but the Food Safety and Inspection Service actually enforces it,” says Noble. “The two organizations, even though they’re both part of the USDA, don’t communicate especially well. You see a lot of beef labeled as ‘grass-fed,’ but whether or not it actually meets that standard is questionable.”

Noble’s skepticism is rooted in the fact that, for the most part, the USDA allows producers to determine whether or not their beef meets the grass-fed beef marketing claim standard. Noble says farms “self-certify” their own beef, and the Food Safety and Inspection Service generally goes along with their claim. The ubiquitous “naturally raised” label on meat has no enforceable meaning either, and further muddles a consumer’s ability to find beef that has been exclusively raised on pasture.

The American Grassfed Association, established in 2003, has far more stringent standards for its own label than the USDA, and hires third-party auditors to inspect the farms of its 100-plus certified producers across the country each year.

Farmers’ markets are also often full of vendors offering grass-fed beef from their own pastures. And the rising popularity of meat CSAs and whole animal buying clubs is an indication of how dramatically this trend has grown in recent years. With these options, consumers can talk directly to farmers to find out how their beef was raised. Many of these producers have begun using the term “pasture raised,” another unregulated labeling term that is popular among ranchers.

Even Whole Foods has adopted some of this farm-to-market language in its meat sourcing standards. For example, “pasture-centered” farms score a 4 out of 5 on the grocer’s Animal Welfare Rating scale (owned by Global Animal Partnership). In reality, Niman says, these animals may not be doing much of the foraging that gives grass-fed beef its nutritional benefits.

“[Whole Foods] has been encouraging this segment of beef in the marketplace where animals are roaming on a small area with vegetative cover,” says  Niman. “But they’re being provided feed, and not actually getting most of their nutrition from foraging. It’s almost like a feedlot.”

At BN Ranch, which Nicolette operates with her husband, Bill Niman, “the godfather of sustainable meat” and founder of Niman Ranch, cattle is given more time to slowly develop fat over a period of more than two years. For the Nimans, good “eating quality” in the beef is paramount. But, Nicolette says, that’s not always the case on farms where people are “doing it for philosophical reasons. They believe that grazing is ecologically superior, and that it is the right way to raise cattle. The things that are motivating them are not eating quality.”

As a result, grass-fed beef’s lean flavor is often seen as inferior. Some chefs, particularly in fine-dining steakhouses, still resist serving grass-fed beef in favor of corn-fed, USDA prime beef, because of its fat content.

Michael Sohocki, chef of Restaurant Gwendolyn in San Antonio, Texas, chooses grass-fed beef over the cheaper, richer, corn-fed cuts because he firmly believes that the process is worth the extra time and money. And his discerning diners come to his restaurant because they know the meat has been properly sourced. “When you eat stockyard beef, all of that beef is the same,” says Sohocki. “It’s done that way to guarantee its consistency. That’s what McDonald’s specializes in.”

Sohocki calls grass-fed beef “the only trustworthy product left in this world.” He sources it from nearby Shudde Ranch, where Jeanne and Gerry Shudde make a point of raising a specialized cross-breed of species suited to naturally develop fat on pasture.

“Our [cows] are on grass when they’re with their mother. And when separated, they stay on the grass,” says Gerry Shudde.

The Shuddes decided to go grass-fed by chance after acquiring a herd of Longhorn cattle that they planned to cross-breed with their own. The offspring did not fare well, but the Shuddes ultimately decided to keep the longhorn cows. When they butchered a six-year-old cow, which had been raised on grass for much longer than usual, Jeanne says, “It was really tender. We thought ‘gosh, this tastes better than what we get in the grocery store.’”

From there, the Shuddes developed their own, new breed of grass-fed cattle. They were already raising cows without antibiotics or hormones, and their farm eventually evolved into a completely grass-fed operation by 2002. Still, they had to find the right cow to produce the quality of beef that they desired. “Most of the animals that you find today have been genetically selected to do well in a feedlot environment,” says Jeanne. “If you take them and put them on grass and think they will [taste good], I’d say maybe, maybe not. But if you take an animal that is genetically survival-oriented, it will become well-marbled on grass.”

Their own cows are now a cross between that original herd of Longhorn cattle and a heritage Devon bull. “Our belief is that if they eat what they evolved to eat, and live in the way that they have evolved to, the nutrition for the animal’s survival will be there,” says Jeanne. “If the nutrition is there, humans will get that nutrition when we eat the meat.”