5 Things to Know About 2,4-D, the “Possibly” Cancer-Causing Herbicide

Use of the third most popular pesticide in the U.S. is predicted to grow dramatically in the next few years. 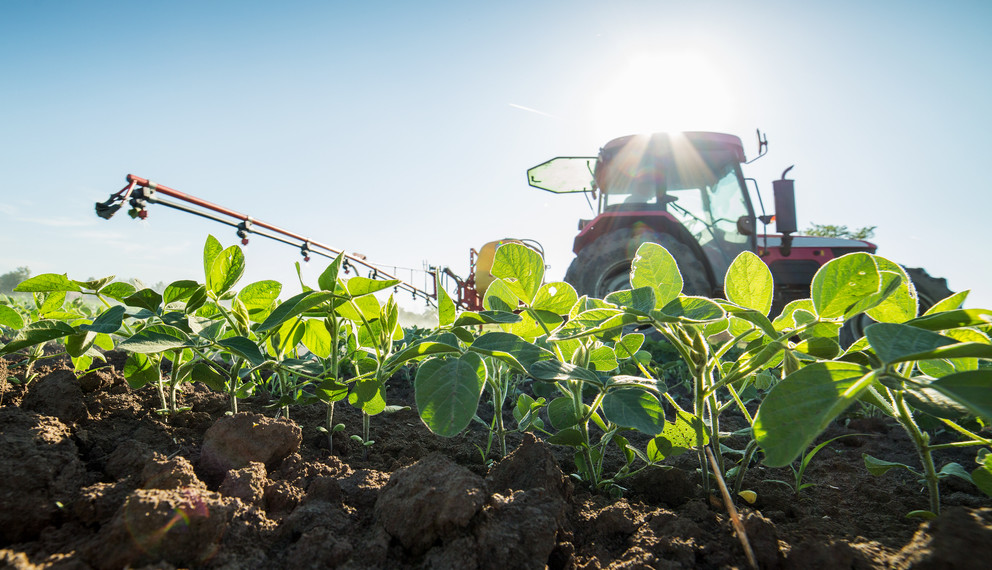 The majority of America’s farms rely heavily on herbicides—lots of them. So when the World Health Organization (WHO) classified the United States’ most widely used weed-killer, glyphosate, as “probably” carcinogenic to humans three months ago, it was big news.

Now, the same group–the WHO’s International Agency for Research on Cancer (IARC) has concluded that 2,4-D, another commonly used weed killer, is “possibly” carcinogenic to humans. Here’s what you need to know about the decision and the chemical, which is the third most-widely used herbicide in the U.S.

2,4-D was introduced nearly 70 years ago and is used to control weeds in agriculture, landscaping, and forestry. It is also in many products sold for home use. 2,4-D is approved by the U.S. Environmental Protection Agency (EPA) for use on many fruits and vegetables, as well as on corn and soy. According to the Industry Task Force on 2,4-D Research, it is used in over 90 countries. 2,4-D was also an ingredient in Agent Orange, the highly toxic defoliant used by the U.S. during the war in Vietnam.

While 2,4-D use has remained fairly steady over the past 20 years, it’s expected to increase dramatically in the next five years, thanks to the EPA’s recent approval of a new pesticide called Enlist Duo. Manufactured by Dow AgroSciences, Enlist Duo combines a form of 2,4-D and glyphosate and has been approved for use in 15 states on corn and soy genetically engineered to tolerate the herbicide. The U.S. Department of Agriculture (USDA) predicts Enlist Duo could cause an enormous jump in use. The agency estimates that use could grow between 300 and 700 percent by 2020.

EPA says Enlist Duo is safe for use as directed, but a number of farm and environmental groups—including the Center for Food Safety, Earthjustice, Environmental Working Group (EWG), Natural Resources Defense Council, Pesticide Action Network North America, and the National Farm Family Coalition—have filed suit against the agency for its approval of the herbicide. They contend that the EPA did not adequately consider adverse impacts to the environment and human health, especially considering the expected increase in use.

2. 2,4-D is a Potential Endocrine Disruptor Increasingly Found in Ground and Surface Water

The National Pesticide Information Center says that while some forms of 2,4-D can be very toxic to fish and other forms of aquatic life, particularly in warmer water temperatures, 2,4-D is not toxic to honey bees or other beneficial insects. Some studies, however, suggest that 2,4-D is a potential endocrine disruptor and may interfere with thyroid hormones. A recent study also suggests that 2,4-D exposure may promote antibiotic resistance. Yet other studies have linked 2,4-D exposure to immune and neurological system problems, including Parkinson’s disease.

2,4-D breaks down fairly quickly in soil and water, but due to its widespread use, particularly, in the Midwestern U.S., it has been detected in surface and groundwater. 2,4-D is also being found in urban streams, especially after rainstorms. Weeds resistant to 2,4-D have also been found in the Midwest.

According to IARC, people can be exposed to 2,4-D while it’s being applied or where the chemical and herbicide products are manufactured. People may also be exposed through food, water, dust or when 2,4-D is being sprayed on crops and drifts through the air. 2,4-D is known to drift both in liquid and vapor form. This drift can destroy more than weeds, as Midwestern vegetable farmers have discovered when herbicide sprayed on nearby farms damaged their crops. Responding to these concerns, the 2,4-D formulation in Enlist Duo was designed to be less prone to drift. And as always, when it comes to pesticide exposure, those most directly affected are farmworkers and those who live near where these chemicals are sprayed. In this case, people who use it on their lawns might also be affected.

The IARC assessment, conducted by 26 experts from 13 countries, considered evidence from studies that looked at exposure to the chemical in animals and people. They found “limited evidence” linking 2,4-D exposure to cancer in experimental animals and what they call “inadequate evidence” in people. Some studies found an increased risk of leukemia and lymphoma in people exposed to high levels of 2,4-D, but questions about direct cause and effect remain in part because those people were also often exposed to multiple pesticides at once.

However, IARC says “there is strong evidence that 2,4-D induces oxidative stress, a mechanism that can operate in humans, and moderate evidence that 2,4-D causes immunosuppression.” Weighing this combined evidence, IARC classified 2,4-D as “possibly” carcinogenic to humans—or the equivalent of a three on its 1-5 scale.

The IARC conclusion means that, as a chemical, 2,4-D might possibly cause cancer in people. But because IARC does not make regulatory decisions about pesticides—in the U.S., that’s the EPA’s job—its classifications do not dictate how a chemical should or should not be used.

The EPA says its most recent review of the science found that 2,4-D exposure does not cause non-Hodgkin’s lymphoma. However, the agency is now conducting a new review that will include this new assessment. Based on these findings, the “EPA will determine whether any risk mitigation is needed to address unreasonable risks to humans,” the agency said in a statement. EPA expects to release a draft of this new human health risk assessment next March.

Industry response has been blunter. In a statement posted to its website, Dow AgroSciences called the IARC classification “inconsistent with government findings in nearly 100 countries.” The findings, said Dow AgroSciences, “should not be mischaracterized in ways that are misleading and harmful to farmers and consumers.”

“I don’t think it’s going to impact how it’s used,” said Julie Goodman, toxicologist and consultant to the Industry Task Force on 2,4-D, in an interview with Civil Eats. 2,4-D manufacturers say the herbicide is safe to use as directed and that the IARC classification is not a cause for concern.

But environmental advocacy groups say there is additional evidence linking 2,4-D exposure to non-Hodgkin’s lymphoma and that use of Enlist Duo will mean far wider potential 2,4-D exposure. “Now that farmers are planting 2,4-D-tolerant GMO crops, this herbicide is slated to explode in use much the way glyphosate did with the first generation of GMO crops,” said EWG senior policy analyst Mary Ellen Kustin in a statement.

The U.S. Food and Drug Administration (FDA) does not currently monitor 2,4-D residue on crops, so only limited information is available about its presence in the food supply. (FDA doesn’t monitor for glyphosate residue either.) And when it comes to health impacts of 2,4-D combined with glyphosate or any other pesticides, very little if any research has been done. As with most synthetic pesticides, the only way to avoid 2,4-D for sure is by buying food that is certified organic.