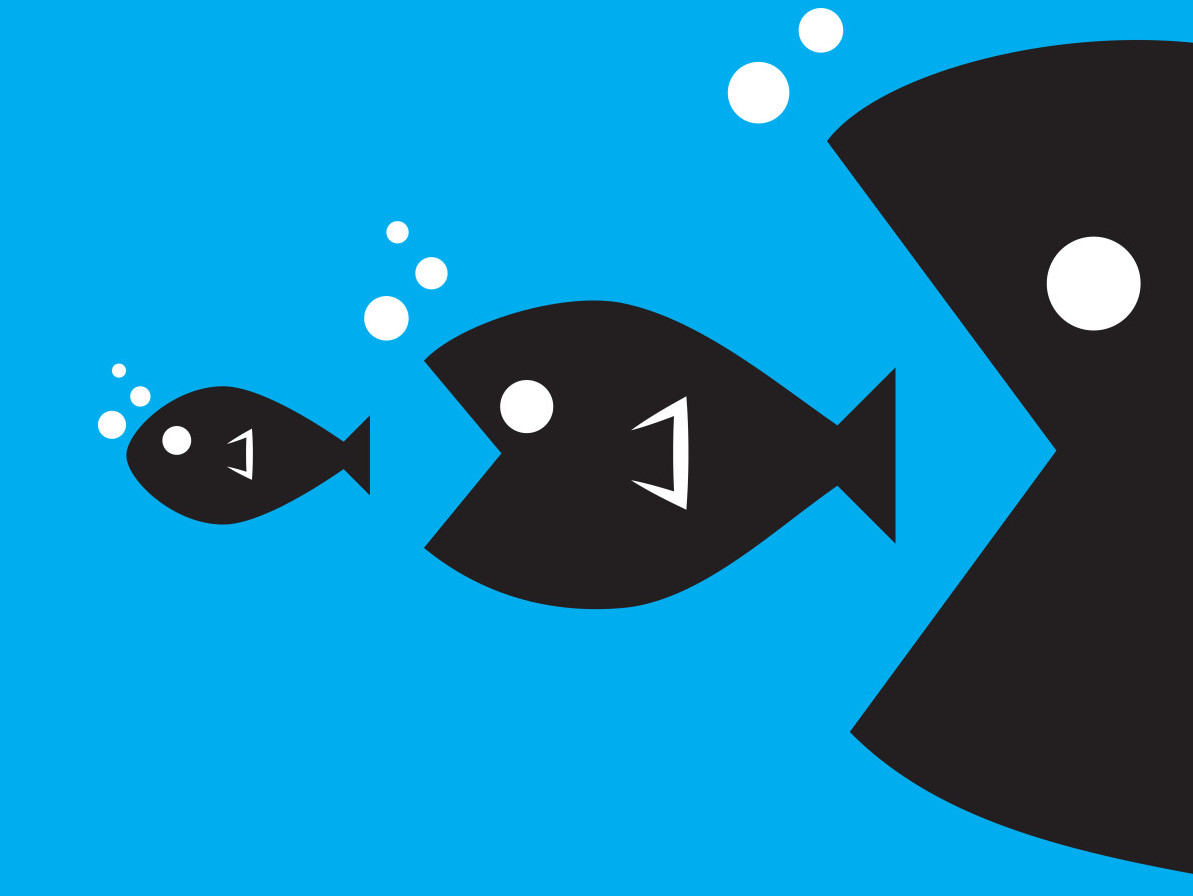 The recent sale of Applegate Farms to the giant food conglomerate Hormel came as a surprise to many in the food world who saw Applegate as an important alternative to corporate-run meat production.

But the sale wasn’t unique; in fact, it was part of a much larger pattern. From Kashi to Stonyfield, and Celestial Seasonings to Honest Tea, big food companies, hoping to capitalize on increasing consumer demand for organic and “natural” foods, have been snapping up small operations for years.

Multinational companies like General Mills and Pepsico are now selling foods like Annie’s Homegrown and Naked Juice and burnishing their own image by doing so. Others are quietly making changes to the products once they buy the brand, such as when Dean Foods purchased WhiteWave Foods and stopped using organic soybeans in its Silk products, or when General Mills tripled the amount of sugar used in some of its Cascadian Farms cereals.

Whether or not these big companies change the products themselves, they’re also gaining more power over the market, making it harder for more truly socially conscious food startups to compete.

All of this prompts the question: Is selling out inevitable for sustainable food companies?

Equal Exchange, the Fair Trade, worker-owned coffee producer, says it’s not. The company issued a statement recently to that effect, citing the Applegate Farms sale. Equal Exchange believes that “more mission-driven companies like ourselves and so many small food enterprises would stay independent, and on mission, if they only knew a way to raise capital on their own terms—not those of Wall Street or private equity firms. Then they wouldn’t feel as pressured to turn over the keys of their baby to Hormel, Coke, or General Mills.”

According to Applegate spokeswoman Gina Asoudegan, “Applegate’s agreement with Hormel was not about raising capital. Given the health issues of our founder and CEO, there were other considerations like succession and leadership of the company that had nothing to do with financing.” That said, she added that, “Equal Exchange provides a great alternative for smaller, mission-driven companies to get the financial backing they need to keep going.”

Applegate aside, Daniel Fireside, Equal Exchange’s capital coordinator, told Civil Eats, “A lot of these companies operate under the mistaken belief that the only way to grow is to sell out to a big, soulless multinational.” If more small companies followed Equal Exchange’s financing practices, fewer would sell out, he added. The key difference? The company, like a growing list of others, doesn’t hand power off to outside investors.

Equal Exchange was launched in 1986, and it’s the oldest and largest certified Fair Trade coffee distributor in the United States. It also distributes tea, sugar, avocados, bananas, and other products, all produced by farmer co-ops in Latin America, Asia, Africa, and the U.S.

The company finances its operations by selling fixed-price, non-voting, preferred shares to outside investors. Voting shares are sold to current employees only, and each employee may purchase only one share. Profits are re-invested both by the worker-owners and by the company itself through its retained earnings. The set-up is somewhat similar to the dual-class stock structure the New York Times Company has in place in order to prevent investor interference or an investor-pressured sale of the newspaper.

Most companies need outside investors at some point, and the Massachusetts-based Equal Exchange is no different. But by restricting those investors to owning non-voting shares, the company charts its own course. The minimum stake is $10,000, and investors generally receive a minimum return of 5 percent per year, though that’s at the discretion of the worker-owners. So far, as long as there’s a profit, dividends are paid. In good years, they’re higher—the company has paid out up to 8 percent.

The minimum stake also ensures that investors truly believe in the company’s mission. It might sound a bit high for a minimum, but Fireside says there’s “a huge mix” of people who take shares, and not all of them are big rollers; most invest the minimum. The average investment is $30,000, Fireside said. Some investors are other co-ops, or are affiliated in some way with a co-op. Others are just socially conscious investors who are looking for something other than a big payday. “They want their investment to have a meaningful impact,” said Fireside.

In its most recent stock sale in April, the company raised $4.1 million from 139 investors. That’s a tiny amount of capital, especially when compared to the IPOs and late-stage financing of, say, Silicon Valley startups. But that’s part of the point—it was all the company needed for its next stage of slow, careful growth.

All of this sounds almost idyllic—a kind of capitalism based on something other than raw greed. And in some ways, it is. But there are drawbacks and challenges. Raising capital is difficult even in the most liquid investment markets. It’s often even harder in alternative capital markets. Also, in traditional investing, people with capital to deploy are seeking the highest possible return. That can corrupt the mission of a socially conscious company (such as by having it sold to a conglomerate), but it also tends to encourage growth. Equal Exchange has grown steadily, but slowly. With about $60 million in annual sales, it’s still a relatively small company 30 years in.

Growth is necessary to maintain a business, but that doesn’t mean companies must pursue scale at all costs. An industry populated by lots of small companies, and perhaps fewer gigantic ones, tends to wreak less havoc on the economy and the environment. The idea is also to provide an alternative for investors, not to remake the whole financial system. Investing in companies like Equal Exchange “isn’t necessarily for everybody, and it doesn’t have to be the whole portfolio of the people who do invest,” Fireside said.

Assessing the creditworthiness of the kinds of companies that seek alternative capital (often startups) can be a challenge, says David Hammer, executive director of the ICA Group, which advises worker-owned enterprises, and helped Equal Exchange get its start. “There’s lots of risk until a company has proven itself,” he said.

Other companies that finance themselves by similar means include: Real Pickles in Massachusetts; CERO, a food-scraps recycler, also in Massachusetts; and Namaste Solar, a $40 million alternative-energy outfit in Colorado.

“There was a huge change in investor thinking after the financial crisis” of 2008, Fireside said. “People’s 401ks were being cut by half, but we kept paying out our little 5 percent dividends and we kept making profits. Five percent isn’t very exciting, but for our investors, putting money into something that’s creating real social value is the coolest thing in the world.”

Since then, interest among both investors and entrepreneurs has only grown. “There’s a lot of interest in the patient capital, small-money space,” Hammer says. “It’s a challenge to find the right deals, but there’s certainly money out there.”

In some cases, there’s more than enough. “We could have raised another million dollars,” Fireside says of this year’s stock sale. “But we didn’t need it.”