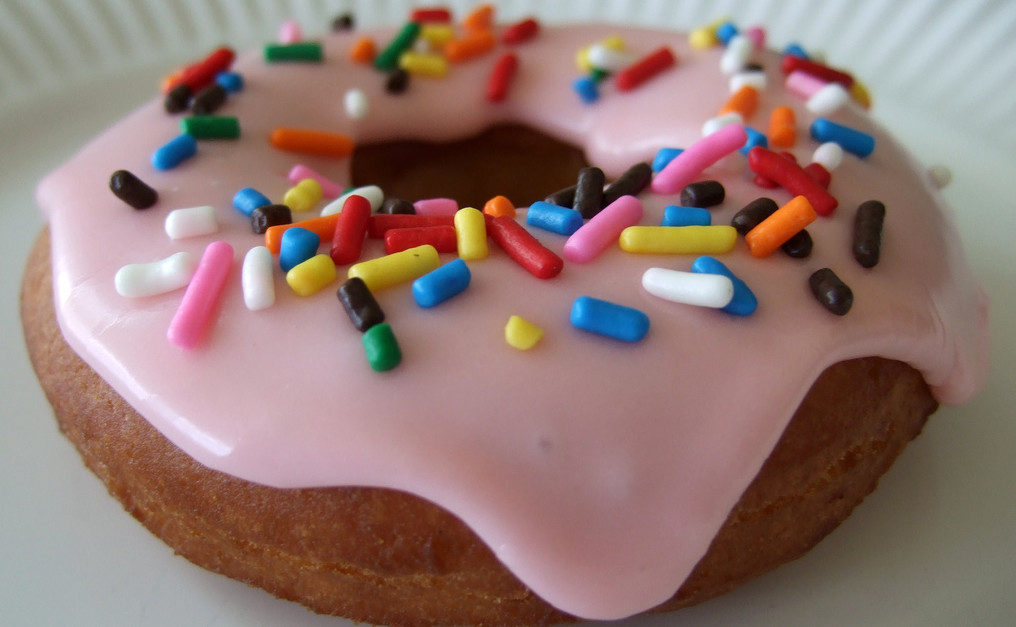 Use of these oils has already dropped by a dramatic 78 percent since the FDA required trans fats to be listed on nutrition labels in 2006. This next phase-out won’t happen overnight: Food companies will have until June 2018 to phase them out.

Before you reach for that donut labeled “trans fat 0 grams,” here’s what you need to know.

1. Trans fats will not disappear from processed food entirely

While the FDA has determined that PHOs will no longer be “generally recognized as safe,” or GRAS, processed food will not be entirely trans-fat-free. There are other sources of trans fats, including fully refined and hydrogenated oils. Some also occur naturally in dairy and meat products.

Food manufacturers have been lobbying to slow down the removal of trans fats since the 1970s, and they are still looking for loopholes. For instance, even with the new ban, companies can petition the FDA to approve specific uses of PHOs, and they will be doing just that. The Grocery Manufacturers Association (GMA) plans to file such a petition on behalf of the industry, “seeking limited and specific use levels to continue using PHOs in food,” said GMA spokesperson Roger Lowe in a recent phone interview. The petition, “will show that the presence of trans fats from the proposed low-level uses of partially hydrogenated oils is safe as the naturally occurring trans fat present in the normal diet,” the GMA explained further in a statement. Any outcome is likely to take several years.

2. “Zero grams” of trans fat per serving does not mean no trans fats

Under current regulations, companies can say “0 grams trans fat” on nutrition labels even if each serving contains up to 0.5 grams of these fats. As the FDA itself explains, “if there is partially hydrogenated oil listed among the ingredients, the product will contain a small amount of trans fat. Selecting foods with even small amounts of trans fat can add up to a significant intake.”

In an analysis released last month, the Environmental Working Group (EWG) found that 27 percent of the 84,000 foods in its database contain artificial trans fat and another 10 percent were likely to. EWG also found that 87 percent of the more than 7,500 foods that contained partially hydrogenated oils didn’t disclose this on nutrition labels, but showed their trans fat content at 0 grams per serving. While this is not good news for anyone’s health, it’s particularly problematic for children, who tend to take in proportionally more of these fats, said EWG nutritionist and registered dietician Dawn Underagga.

On a call with reporters, the FDA said it has plans to deal with this labeling issue separately. The agency is now considering a proposed update to nutrition labels, but whether it will change the amount of trans fat per serving allowed under the “0 grams per serving” listing, remains to be seen.

3. The replacement fats have their own problems

One of the attractions of PHOs is their long shelf-life, which is good for processed food manufacturers. It also allows fry oil to be used many times. “Regular soybean oil has a relatively short life before it goes rancid,” explained Center for Science in the Public Interest executive director Michael Jacobsen. But now, he added, “high oleic oils”–soy, canola, cottonseed, and palm–have been engineered to make them last.

According to Chemical and Engineering News, the oils created by Dow, DuPont, and Monsanto through breeding or genetic modification “are low in polyunsaturated fatty acids, which keeps them from going rancid, and enriched in monounsaturated oleic acid,” making them more healthful than trans fats. They are less beneficial than their natural counterparts, however, “because of their reduced levels of α-linolenic acid, a polyunsaturated omega-3 fatty acid, according to Harvard School of Public Health’s website.”

Palm oil, in particular, is likely to be a solution many companies turn to in the coming years. According to the Rainforest Action Network, use of palm oil has already increased by about 500 percent in the past 10 years as labeling rules took effect, and FDA indicated a phase-out might be coming.

This has been bad news in places like Indonesia and Malaysia, where rainforests are being cleared for palm oil plantations. Not only is this destroying habitat for orangutans, elephants, tigers, and other rare species, but it is also removing some of the world’s best natural sources for absorbing atmospheric carbon emissions, significantly contributing to climate change. Human and labor rights abuses are also an ongoing problem in this industry.

During the September 2014 UN Climate Summit, dozens of the world’s biggest food producers–including Cargill, General Mills, Kellogg, Mondelez, Mars, Nestlé, and Walmart–pledged to reduce the carbon impacts of their products, including by making a commitment to source only sustainably grown palm oil.

4. This change probably won’t make Americans healthy on its own

General Mills told Civil Eats that “more than 95 percent of its U.S. retail products are already labeled zero grams trans fat, and work on the rest of the portfolio is already underway.” Kraft and Kellogg’s report similar progress. But the FDA says to truly avoid PHOs, shoppers should read ingredient lists rather than rely only on labels.

Restaurant food is trickier, since it isn’t labeled, but a number of restaurant chains–including McDonald’s–have already moved away from trans fats, partly in response to restrictions imposed by local governments, such as those in New York City, Boston, Philadelphia, Baltimore, California, and King County, in Washington’s Seattle area. But it’s still not clear whether these changes will make a significant enough impact on customers’ health.

Meanwhile, environmental health advocates are calling on FDA to act further. “This is a public health victory, but there are thousands of chemicals in the food supply the FDA should also be reviewing,” said Natural Resources Defense Council health and environment program director Erik Olson. EWG research director Renee Sharp agreed, adding, “there’s so much more that needs to be done.”

As Harvard T.H. Chan School of Public Health professor of epidemiology and nutrition Walter Willett noted in a blog on the Harvard website, while, “elimination of trans fat is an important step forward, much additional effort is needed to improve the quality of the U.S. food supply, which is far too high in refined starch, sugar, salt, and red meat, and far too low in fruits, vegetables, and whole grains.”