With her honey flavor wheel and honey library, this expert wants to change Americans' relationship to a controversial sweetener. 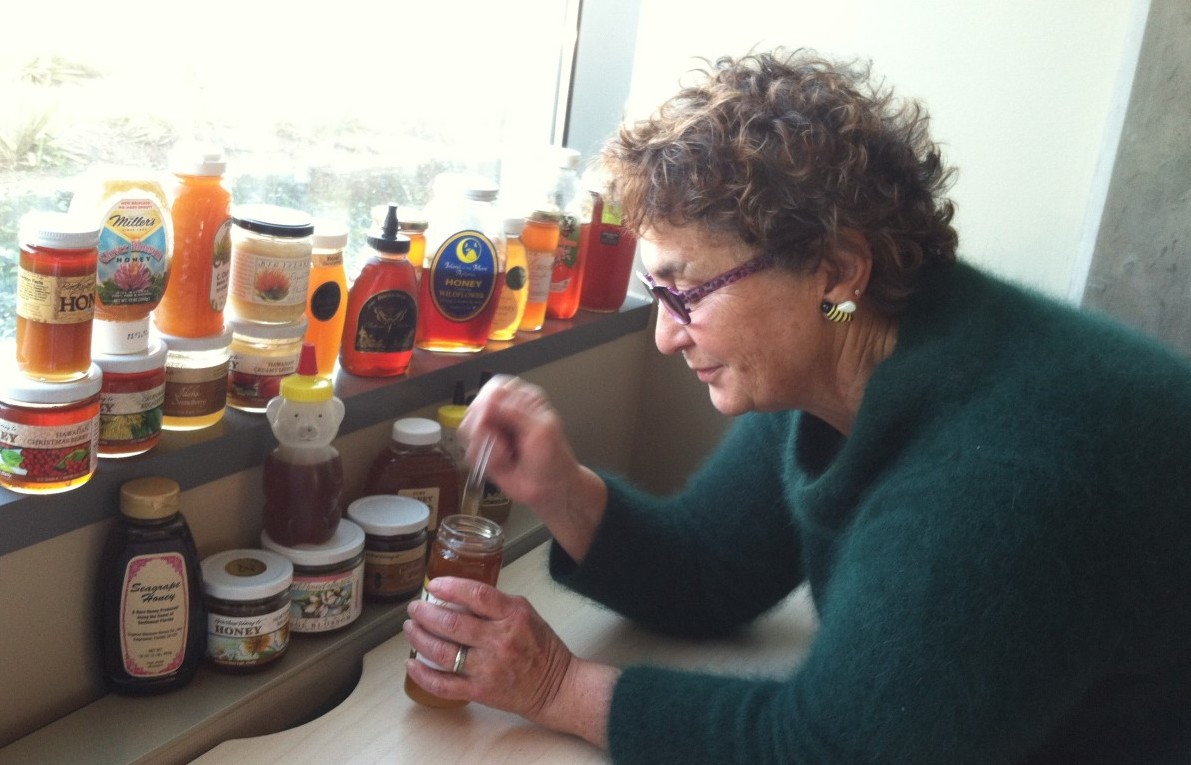 Amina Harris has a sweet job. Literally. As Director of the Honey and Pollination Center at the Robert Mondavi Institute for Wine and Food Science at UC Davis, her day-to-day tasks involve curating a honey library and hosting honey tastings. But this “sensory scientist” would prefer we move away from the word “sweet.”

In fact, a primary focus of Harris’ recent work has been creating the Honey Flavor Wheel, a thorough tool for understanding the wide range of flavor characteristics present in honey, while expanding vocabulary we use to describe it. Now, instead of simply describing the 300-plus varietals of honey as  “sweet,” we can contemplate their sassafras, ash, baked bread, or cassis elements.

The new flavor wheel is just one entry point into Harris’ world. It’s also a way for honey lovers to become more engaged in their consumption, and to be able to pinpoint authentic honey, versus the treated, altered, and fake stuff. And ultimately, with this deeper knowledge comes an understanding of the shrinking population of our pollinators.

Colony Collapse Disorder, and the simultaneous rise in home beekeeping, have made honey a hot topic. This might explain the impetus behind the Honey and Pollination Center, which was founded in 2012. Harris took a breath after hosting the Center’s inaugural Bee Symposium to talk to us about her work.

In the 1970s I began an investigation into eating better. I was hardly the first. As a member of our local food coop, I began to take my New York Times Cookbook and slowly but surely turn my favorite recipes into something healthier. I would pick strawberries each June in the u-pick fields south of Buffalo (my home town) and bring them home to eat, to turn into jam, and to make pie. I began experimenting with honey as the sweetener of choice. In the early 1980s, I married my husband, Ishai Zeldner, who had started a honey business called MoonShine Trading Company. We were one of the first honey packers to sell varietal honeys. The rest is, as they say… (And yes, I am that old!) 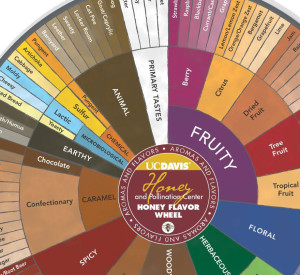 I love honey. I love the honey bees. I am more and more fascinated by bees, insects, pollinators–you name it. I love learning and I keep learning. Working at the university has broadened the people I meet and what I can learn. Then I get to share my enthusiasm for this amazing product with the rest of the world. I like to say that I had to get ready to retire to be offered the job of my dreams. But here it is. I get to investigate honeys from around the world. I get to teach other people how amazing each and every honey is. I can create programs for mead makers and have the entire Department of Viticulture work with me. What could be bad?

[One challenge in this industry] is non-GMO and organic labeling, which mean next to nothing.These labels need to be removed from honey. Meaningful labels and descriptors need to come into play. However non-GMO and organic now have such a strong, visceral following (often misunderstood) that it will be very difficult to make any real headway.

For example, no honey in the United States is certified non-GMO. Limited honey from Hawaii is certified organic. But almost all honey with these labels is being imported from South America, India, and other countries. The home country creates their rules and guidelines and the U.S. Department of Agriculture accepts whatever that country’s officials have declared. We do not really know if the honey is non-GMO or organic, but it has been certified. Why? Because bees fly over a vast area. Essentially they can travel up to 5 miles in any direction of the hive. What is the chance that this forage area of, let us say, a minimum of 78 square miles has no pesticides and no GMO [crops]–especially in places like Brazil?

And the rules for beekeepers are onerous. Let’s say you want to make an organic non-GMO cookie. All of your ingredients are locally sourced. You go to your local beekeeper and find out his honey is not certified organic. You can’t use it. Instead, in order to label that cookie non-GMO and organic, the manufacturer will purchase imported honey that has been heated, filtered, and blended from somewhere offshore. The honey will, in general, be handled by only the largest packers in the country since they are the only ones that can purchase quantities large enough to import. These appellations should be removed from honey as soon as possible.

Watching young people learn how interesting and tasty food can be–food at all levels. In order to make change happen, it needs to happen with our youngest eaters. If we are taught to love sweets and fried foods at an early age, there is a great chance we will love them as we grow older. If we are taught to love terrific cheese, hearty breads, etc., hopefully we will love those into our future, too.

I need to restrict this to honey, because the subject is too broad for me to answer easily. I would like to see labeling for honey become much more specific. Most of the honey sold here in the U.S. is blended in one way or another. At the present time, if a varietal is listed, it need only be the predominant floral source. Essentially a honey can be 28 percent orange blossom, 24 percent alfalfa, 24 percent cotton, 24 percent wildflower and it will be labeled orange blossom honey. Switch the orange for clover and you can now label that honey clover!

It will take interested honey packers, mostly small packers, to come together to make this change. This is an unorganized group throughout the country.

I love to eat good food–cheeses, produce, jams, ice cream–just good, fun food. Is there a movement for that?

Lamb chops made by Nancy Oakes at Boulevard.