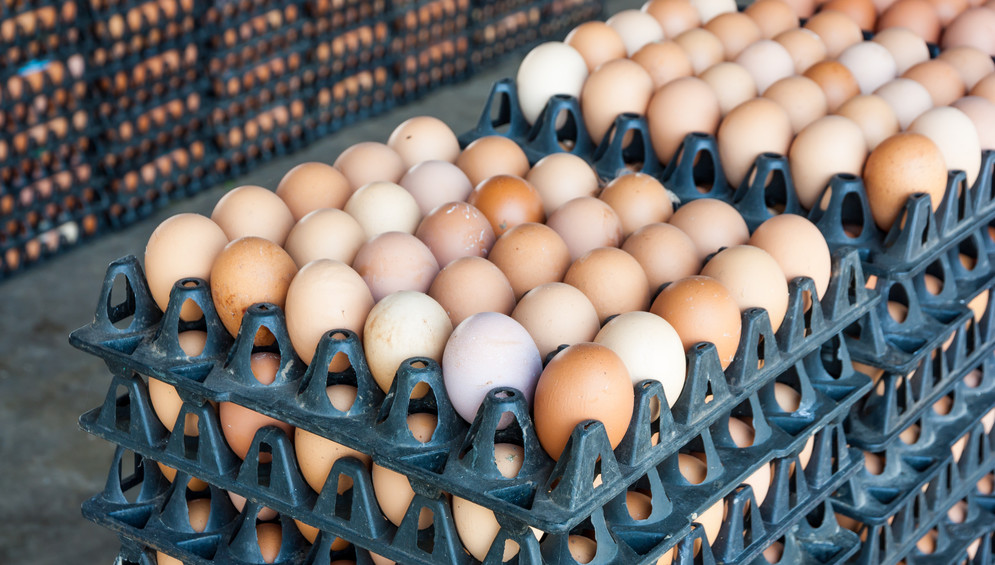 Catch up on this week’s food politics news with the stories that caught our eye:

For Bakers And Restaurants, Egg Supply Is Getting Ugly (NPR)

The bird flu that has plagued the Midwest for months is finally waning, but an unexpected side effect is the rising cost of eggs–in some cases, prices have more than doubled since May. Meanwhile, Hampton Creek, maker of eggless mayo and cookie dough, has become the fastest-growing food company in the world partially thanks to the bird flu’s effects.

Recently there’s been a lot of talk about the future of country-of-origin labeling (frequently called COOL) on meats sold in the grocery store. The House of Representatives voted this week to do away with  the labels, in part because of a May ruling against COOL by the World Trade Organization (WTO). The House may also have heard from the meat industry, which filed its own appeal against the labels last summer. Now the repeal goes to the Senate.

Only a few people in the world know what’s in the secret Trans-Pacific Partnership (TPP) trade deal that Obama recently forged with 11 other countries, but food safety experts are worried that it will erode U.S. trade barriers and make it difficult for inspectors to ensure that imported shrimp from Southeast Asia is safe to eat. (See our related story: What Do International Trade Agreements Have to do With Dinner?)

A senate committee has voted to overturn a part of the Clean Water Act that gives the Environmental Protection Agency (EPA) jurisdiction over wetlands, streams, and other small waterways. Now the bill will go for a vote in the full Senate.

Antibiotic resistance in some strains of Salmonella and Campylobacter is increasing–and in some cases has more than doubled–according to a new report from the Centers for Disease Control and Prevention (CDC).

Humans don’t absorb artificial sweeteners like Splenda and Sweet’N Low–and after they pass through our bodies, they’re ending up in rivers and lakes around the world. The sweeteners could be messing with plants’ ability to photosynthesize, among other negative effects.

The Associated Press breaks down everything you need to know about the U.S. Food and Drug Administration’s (FDA) expected upcoming move to phase out trans fats.

Environmental lobbying group the National Resources Defense Council (NRDC) has written a petition asking the FDA to ban eight food additives on the grounds that they’re carcinogens. The group says the substances have been known to cause cancer in lab animals and should be subject to a “zero tolerance” policy banning substances that induce cancer in humans or animals.

On Tuesday, the San Francisco Board of Supervisors voted unanimously to require warning labels on sugary drinks–the first measure of its kind in the country. It needs a second approval from the Board and a sign-off from the mayor to go into effect.