A Decade Later, Isa Chandra Moskowitz Is Still ‘Vegan With a Vengeance’ 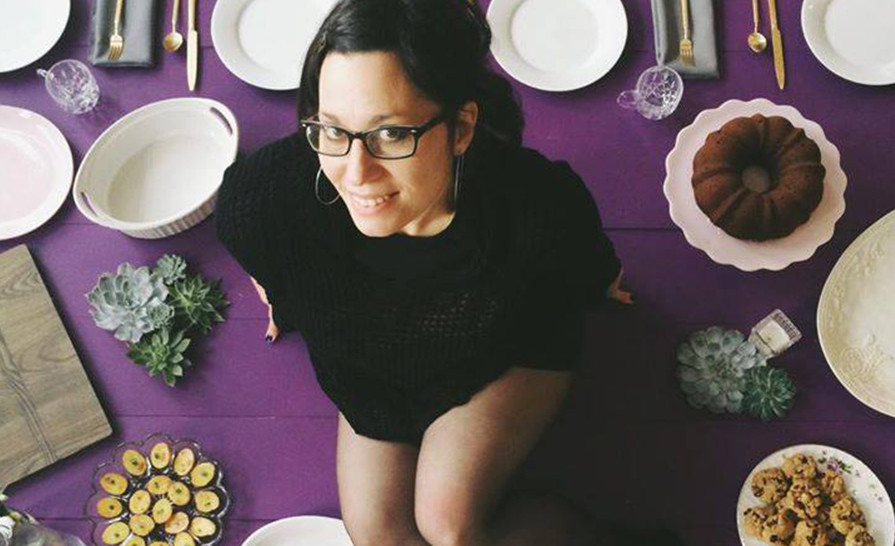 You’d be hard-pressed to find a vegan who doesn’t own at least one of Isa Chandra Moskowitz’s cookbooks. Her first, Vegan with a Vengeance: Over 150 Delicious, Cheap, Animal-Free Recipes That Rock, came out 10 years ago, and since then, she’s written seven more. Her third book, Veganomicon!, is known by many as the vegan bible, and her blog, The Post Punk Kitchen, has been a resource for both novice and experienced cooks since 2003.

In 2014, Moskowitz opened Modern Love, a restaurant in Omaha, Nebraska, where she serves up seasonal menus of “swanky vegan comfort food.” Moskowitz is one of the most popular vegan cookbook writers in the country, and it’s easy to see why. Her bold, inventive recipes and witty personality could convince almost anyone to try more plant-based meals, and she hopes to do just that with her newly-released 10th Anniversary Edition of Vegan with a Vengeance.

We spoke to Moskowitz about how she’s seen vegan cooking evolve, Modern Love, and what she thinks keeps eaters from doing away with animal products.

You’ve been making vegan cooking and baking more approachable for over a decade. How have you seen this realm evolve in that time?

People are way more enthusiastic about vegan cooking. I think it’s mostly due to the wonderful home cooks sharing their awesome photos and recipes online. Vegan cooking is a relatively new cuisine, and people are really getting the hang of the methods and ingredients. Seeing how lush and creamy a cashew-based alfredo can be, or seeing grill marks on tofu is so enticing. It takes away the intimidation factor and everyone realizes it’s just delicious, delicious food. 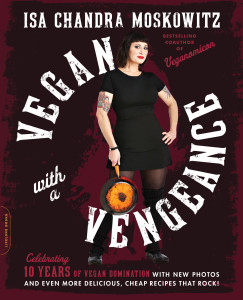 What has changed in the new edition of Vegan with a Vengeance? What new aspects are you most excited about?

I updated the recipes so that the ingredients are more accessible and the directions are way easier to follow. I also added a few new recipes, as well as included some favorites from the dessert books. The new edition is also full-color, which is probably what I’m most excited about. The photos by Kate Lewis are so gorgeous, and the entire book is just beautiful to look at.

What have you learned from the process of opening Modern Love?

Having a restaurant is definitely fulfilling. Those nights where the dining room is packed and everyone is enjoying their food make everything worth it. But it takes a lot of work to get there and a lot of work to maintain it. I suppose the biggest thing I’ve learned is to trust that things will come together. Also, that you can never have enough storage containers, or microfiber.

What barriers do you think keep most meat-eaters and vegetarians from becoming vegan? Any advice for people who want to start cooking more plant-based meals?

Honestly, I think that the biggest barrier is that people simply don’t want to. And if you don’t want to then everything is a barrier. However, if you want to, then just find the foods that you love. Is it creaminess you seek? Cashew creams, coconut, pumpkin, nutritional yeast … all of these ingredients will make your dreams come true.  If you’re looking for meatiness and char, a cast iron pan and ingredients like lentils, tofu, and seitan should do you just right. Fresh herbs, citrus, even smoke–those are all vegan flavors. Use them!

Who are your role models/heroes–in the food world and outside it?

In the food world, home cooks like Julia [Child] and Nigella [Lawson] are definitely my inspirations. Outside of that, things like feminism and punk rock are what get me going: The idea that we can create and do whatever we want. Oh, and I love Carl Sagan, too.