So-called trash fish dinners have become popular, but the term does a disservice to the ocean, and to fishermen. 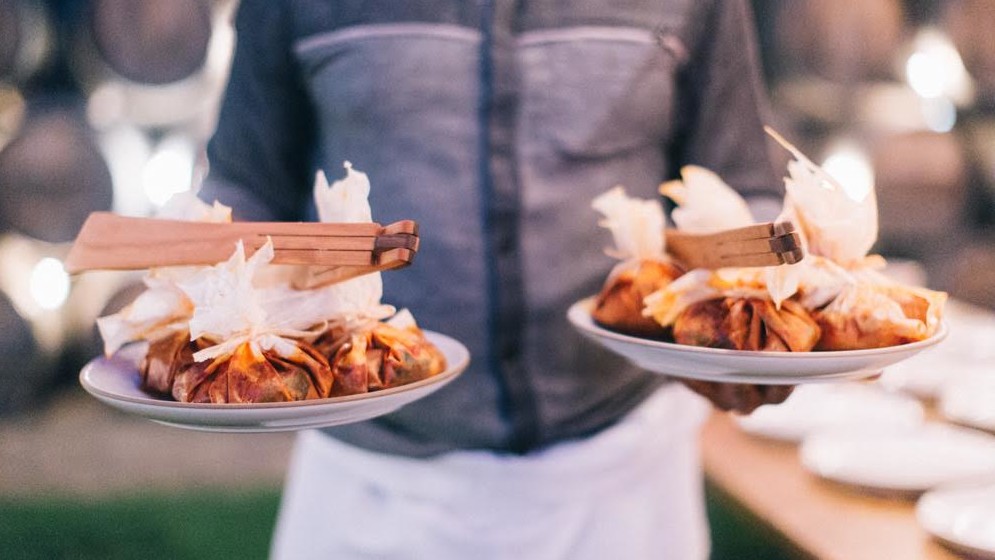 I’m all for the spirit of the trash fish movement: getting lesser-known species that were once discarded into the hands of skillful chefs who make them shine. I just don’t like the name.

Chefs Collaborative has been hosting Trash Fish Dinners around the county since 2013 and they’ve started a trend. I was recently invited to a dinner at a vineyard in my area by chef and restaurateur Gabriela Cámara from Mexico City. The publicist told me she would be cooking with “trash fish.” The term made me wince, but I wanted to see what she could do with our local fish, as she’s opening a seafood restaurant in San Francisco this summer.

Cámara made rockfish ceviche and black cod adobo tacos. The black cod had been wrapped in fibers from cactus leaves, buried and pit cooked with the cactus; it was rich and smoky and totally sublime, but I balked at calling these wonderful fish “trash.” I talked to her about it, and she agreed 100 percent. But the question is: What else should we call them? Underutilized isn’t sexy, bycatch is too political. Fish-without-a-market? Under-loved?

“Trash fish” sounds catchy, but it hurts more than it helps. The term devalues the role of the animal in the eco-system, and it kills any other market for them. In fact, it creates a problem for vendors that sell local seafood and for Community Supported Fisheries (CSF). I work for Real Good Fish, a CSF, in Moss Landing, California. A CSF works like a Community Supported Agriculture (CSA) subscription in the sense that people sign up for a monthly membership, but it’s for local seafood instead of produce. Members buy what the local fishermen bring in, and part of the benefit is trying new species.

Real Good Fish recently signed on to a letter written by the Fish Locally Collaborative with many other CSFs, sustainable seafood businesses, and advocates asking Chefs Collaborative to rename their Trash Fish Dinners.

The goals of these dinners and that of Community Supported Fisheries are very similar. They both get people off the most common seafood, particularly imported shrimp, tuna, and farmed salmon, which can be some of the least sustainable seafood choices. Instead, we encourage people to try other species and diversify according to the season. Diversifying our seafood diet helps us connect with what’s happening in the ocean. It also supports our local fishermen and women so they can catch a variety of species throughout the year. And it keeps them from overfishing and removing critical species from the food web.

When creative chefs and Community Supported Fisheries are willing to buy under-appreciated fish, then the fishermen earn more for their labor, and they don’t have to toss out the bulk of their catch due to a lack of market. And when there’s no popular fish to catch, they can still go out and earn a living. They can also then take fewer fish out of the water overall and still cover their costs.

While chefs have taken the term “trash fish” from commercial fishermen who don’t have a market for their catch, another term fishermen have for it is “dinner.” I used to work on fishing boats in Alaska, and one skipper made us eat pink salmon so we could sell the more valuable sockeye. “Pink and potato stew is tradition,” she used to tell us. It wasn’t sockeye, but it wasn’t bad. The sablefish/black cod bycatch from the halibut fishery was my winter staple. My friend who ran a boat on Kodiak Island used to take the livers out of pink salmon and cook them in butter so she could sell the fish.

In Mississippi, the fishermen call their bycatch “Biloxi Bacon,” and have it for breakfast when they return from a trip. In Sicily, the fishermen sell the tuna, but keep the hearts and cure them and they are considered a delicacy when grated over pasta. In the fishing cooperative of Tarcoles in Costa Rica, fishermen head out in the morning with some limes and chili; they save the red snapper to sell and the ones without a market become their ceviche at lunch.

A fisherman we work with, Joe Pennisi, eats every type of fish that he catches. When his boat comes back to the Moss Landing harbor, we fire up the hot plate for the smattering of species he didn’t catch enough of sell. We’ve sampled tanner crabs, spot prawns, and a fish unfortunately called “Ratfish” that we rebranded as “speckled moonfish.” “I just take lemon and garlic out there,” he says. “And we eat fish for breakfast, lunch and dinner. Anything fresh is good.”

So instead of calling them “trash fish,” let’s call these less-marketable species “fisherman’s dinner.” Doing so would be a much better way to pay respect to these creatures coming out of the ocean and the men and women who catch them.