A Pasture-Based Rancher is Caught in the Crosshairs | Civil Eats

A Pasture-Based Rancher is Caught in the Crosshairs

A sustainable farmer faces animal abuse charges, and fights back. 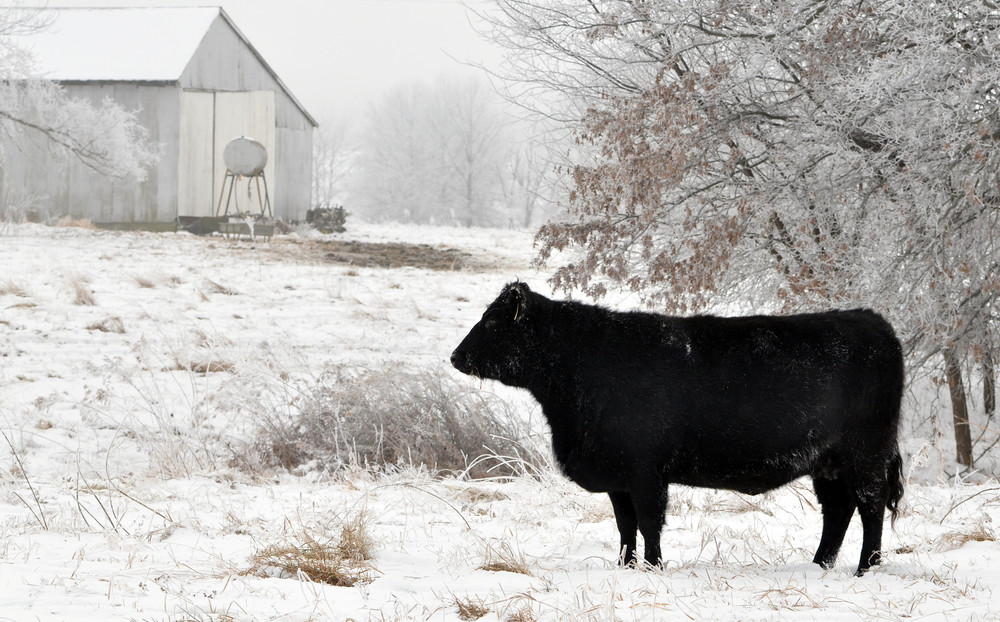 Update: Charges against Joshua Rockwood were dismissed on January 12, 2016. Read a detailed update from one of Rockwood’s friends here.

In March, a police officer and two animal control officers showed up at Joshua Rockwood’s farm in upstate New York. They found frozen drinking water in the barn and spotted a steer sticking his nose through the snow to access running water, Rockwood reported on his blog. Despite testing and confirming that his dogs were adequately hydrated, the officer ticketed Rockwood for failure to provide adequate sustenance.

The next week brought another official visit, this time from three police officers, a dog control officer, and a vet carrying a search warrant. A few days later, the officers returned to seize two horses and a pony. Soon Rockwood learned he was facing 13 misdemeanor charges, including: keeping animals in an unheated barn with frozen water; keeping horses, cows, and pigs in a fenced-in area with a natural spring that had frozen over; and frost-bite on a pig’s ears. It is unclear who or what precipitated the police raid or the charges.

Rockwood, his lawyer, and the local Police Department did not respond to requests for interviews. But Rockwood has responded to the charges by continuing to do what he’s been doing all along: telling his farm’s story online.

So began a remarkable grassroots movement that has highlighted the divide between pasture-based rural farmers—whose practices can look rough around the edges—and their non-farming neighbors, whose notions of well-tended farm animals can clash with that gritty reality.

Since then, Rockwood has launched a crowdsourced legal defense fund that amassed over $57,000 and a Friends of West Wind Acres Farm Facebook page “liked” by close to 9,000 people. It’s a movement that has united old-guard farmers and young, conventional and sustainable. Their immediate gripe is against town officials, but those officials in turn appear to be caught between a growing sustainable farming movement—whose practitioners don’t have the capital to invest in expensive infrastructure—and locals critical of Rockwood’s practices.

When Rockwood wrote his first blog post as a new farmer in May 2011, he was thrilled to report that he had successfully leased 75 acres of pastureland and acquired 300 farm animals.

He began charting his transformation from nervous, aspiring farmer to an experienced pasture-based agrarian offering beef, chicken, and pork CSA subscriptions from his farm, West Wind Acres. Rockwood, who was only 30 at the time, bought movable pens for his Cornish broiler hens, posted pictures of his Scottish Highland cattle, agonized over whether or not to treat an injured boar with antibiotics (he did, to improve his herd and keep from having to slaughter the boar), and patiently explained to a patron who owned pet rabbits why he chose the Silver Fox breed to raise for meat.

Unlike farms systems that confine animals to high-density indoor living spaces, pasture-based farmers allow their animals to graze freely outdoors. In one 2012 post, Rockwood described how he and his wife Stefanie prepare for storms, writing, “We take the weather serious and do whatever we can to protect our animals while still following our model.” When tornado and severe thunderstorm warnings were issued, they kept their piglets in a portable paddock, but let the other animals decide whether to shelter in their paddocks or not. “After all,” Rockwood wrote, “Animal instincts are much better than ours.”

Unlike many large factory animal farms, which are far removed from residential areas and invisible to most consumers—small, pasture-based operations are designed to be closer to customers. They also often rely on direct marketing, so their operations are much more visible to consumers. But, as a result, they can also raise the ire of locals, who are either opposed to animal agriculture altogether, or who are uncomfortable with its complex realities when they see it up close.

“We have people screaming that they want pastured pork,” says Lorraine Lewandrowski, a dairy farmer and lawyer in Herkimer County, New York, noting that they don’t always know what that means. “If a pig is outside, it can get frostbite. These are things that touch boundaries.”

After the storm Rockwood described, an irate neighbor complained that some piglets had eaten some of her horse’s grain. They claimed that the animals had escaped because they were starving. Another neighbor expressed concern about his dogs being “underfed” and living outside. Rockwood wrote in response, “These guys get the best dog food around, liver, heart, ham, chicken, pigs feet, hocks, and occasionally we force them to eat dry dog food.” He also pointed out that they were Maremma sheepdogs, which require minimal shelter.

Over the years, Rockwood has faced other complaints by neighbors. In one January 2013 post, he told of a visit by the S.P.C.A., and noted that an anonymous person had called “to complain about the care we give our animals.”

When the news of the charges against Rockwood hit, Shannon Hayes, who is a farmer and the author of several books, including The Radical Homemaker, wanted to see the farm for herself before blogging about it. She visited with her animal scientist father and grazing expert Troy Bishopp, and says what they saw at West Wind Acres, “wasn’t a picture-perfect farm, but was exactly like any of us would have had in March, and just what every farmer faces at the end of a hard winter, especially if they give animals some freedom to choose where they want to be.” Hayes adds, “It was just shocking to see that there would even be legal ramifications.”

At one of several procedural hearings that have been held so far this spring, Hayes says over 200 people showed up to support Rockwood and at another, she “stopped counting after 135.” In attendance, Hayes adds, were “hippie farmers, really salt-of-the-earth farmers, and ‘don’t-tread-on-me’ Harley bikers waving their flags.” Everyone, adds Hayes, “Was very respectful; you could hear a pin drop.”

Asked to comment on the controversy from an animal welfare perspective, Adele Douglass, Executive Director of Virginia-based non-profit organization, Humane Farm Animal Care (which issues the “Certified Humane” food label), declined to speak to this specific case, but notes, “Animals on pasture and raised outdoors are used to winter conditions.”

She adds, “The best thing any farmer or animal scientists can do, is to prepare educational material for consumers, the press, and law enforcement to understand the life cycle of different farm animals; when they are raised outdoors or indoors, what their needs are, how different housing and weather patterns affect them normally and whether they can adapt or not adapt.”

Washington County farm owner and blogger Jon Katz, who has defended Rockwood on his blog, says the charges are part of a larger issue of “people losing touch with the real life of farms,” and an animal rights movement whose latest target is often small farmers.

In 2011, another upstate farmer, Greg Casalaina, found himself the subject of criticism after buying four retired dairy cows to process for dog food over the winter. A neighbor who ran an animal rescue operation obtained photos of the animals, including a cow Casalaina says he butchered himself. Casalaina admits that to someone not raised on a farm, “after hard winter on dairy farms, things are not pretty,” adding that animal rights activists became “excited and upset” at what they saw in the photos.

“The next thing I know, cops are at my house,” recalls Casalaina. Despite his remaining cows being given a clean bill of health by a large animal vet, and the apologies of the policemen, Casalaina says the police received “several thousand calls” from animal rights activists and he was arrested. Casalaina says he went through “several months of hell” before he was exonerated in court.

“It really kind of derailed my life in ways I can’t describe,” adds Casalaina. “I was getting death threats, and my kids were getting actual snail mail letters saying, ‘We’re going to get you.’”

Though stories like these of farmers whose livelihoods have been damaged by the complaints by extreme animal rights activists abound, Douglass cautions against blaming an entire movement. “Most of the animal rights movement wants animals on pastures and small farms,” she says. She adds that to protect against baseless claims of abuse, small farmers would be wise “to think about having emergency plans (for contingencies such as frozen pipes and inadequate heat), and to look at and operate their farms as if they were always giving public tours.”

Rockwood’s active social media campaign has amounted to just what Douglass recommended: a virtual public tour of his farm and his practices. Rather than quietly paying the fees imposed for the alleged animal abuse and neglect and moving on, he has chosen to fight the charges online. On July 14, his next  court date, Rockwood and his supporters will find out whether or not he made the right decision.