New ag census data shows that Americans are raising more animals on larger farms than ever before. 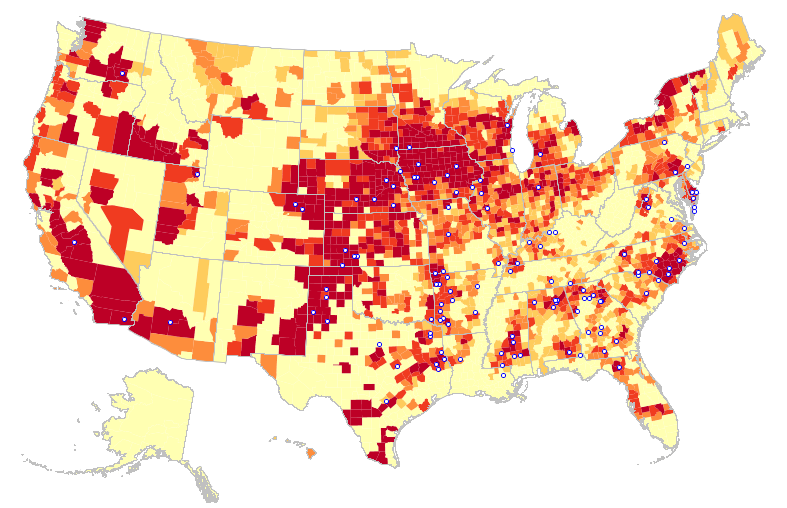 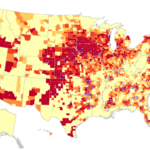 You may have hoped that the national attention paid to organic farming, antibiotics, and other issues affecting the food you eat has resulted in a downturn in the number and size of factory farms over the years.

Unfortunately, you’d be mistaken. National advocacy group Food & Water Watch has been tracking the nation’s factory farms for years now, and the news isn’t good. The group recently released a report called Factory Farm Nation, which updated their interactive farm map, showing that the size, location, and number of animals on factory farms has risen significantly over the past 15 years–as has the amount of waste that those animals are producing. 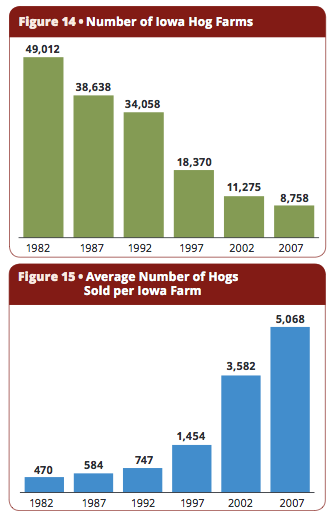 Food & Water Watch Executive Director Wenonah Hauter points to deals like Hormel’s recent acquisition of Applegate Farms as evidence that the trend for consolidation, and the bigger farms that come alongside it, is not letting up. (The bar graph on the right depicting data from Iowa hog farms illustrates one stark example of this kind of consolidation.)

“As factory farms grow in size and number, so too do the problems they create, such as increased water and air pollution; fewer markets for independent, pasture-based farmers; public health burdens like antibiotic-resistant bacteria; and large scale food safety risks for consumers,” she said in a statement.

The organization compared U.S. Department of Agriculture (USDA) census data from four years–1997, 2002, 2007, and 2012–to look at the macro trends affecting the national factory farm landscape. It found that the total number of livestock on the largest factory farms rose by 20 percent between 2002 and 2012, increasing the number of livestock units from 23.7 million to 28.5 million. The trend was similar for dairy, hog, broiler chicken, egg-laying hens, and cattle operations. Here are some other facts from the report:

Whether you parse the information on the site by state or type of cattle, or get an overview of the country, the up-and-to-the-right trend is almost unvarying.

To complement its website launch, the organization is also running a giant ad in New York’s Times Square through July highlighting just how much waste factory farms release each day with these increases in animal populations (hint: It’s enough to fill an iconic New York building).