The well-known organic food brand will launch Amy’s Drive Thru later this summer. 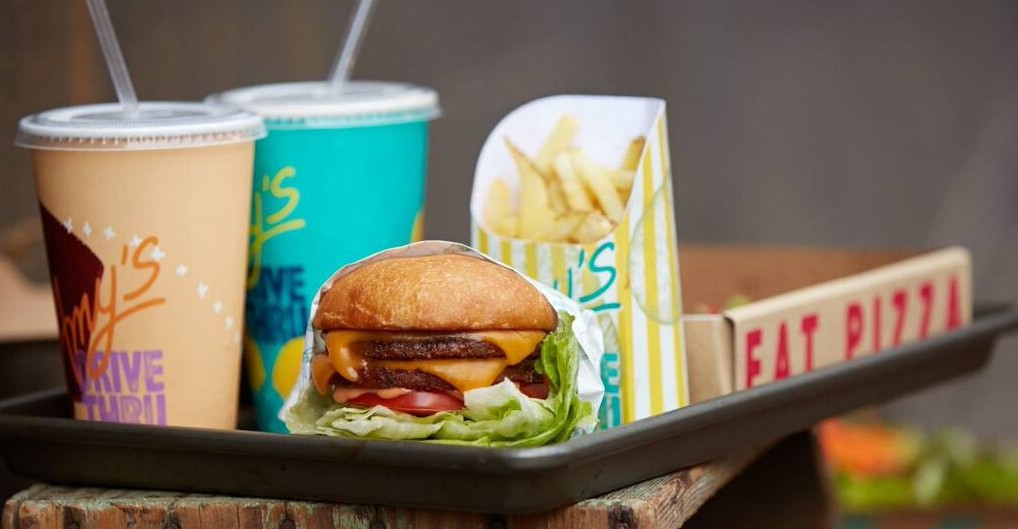 In two weeks, an organic farmer at an undisclosed California potato patch will harvest the first crop of potatoes destined for the fryer in the kitchen at the soon-to-launch Amy’s Drive Thru restaurant in Rohnert Park, California. The fast food restaurant with a twist is the brainchild of Amy’s Kitchen, the popular frozen food and soup company.

It took two years, and thousands of pounds of potatoes, to find the right organic variety of potato for fresh-cut french fries cooked in sunflower oil. “Most businesses would go to a company and buy a bunch of frozen potatoes,” says John Paneno, Director of Sourcing at Amy’s Kitchen. “Amy’s started from scratch. We hired experts who could find the best varieties that met our sensory requirements. We had to figure out where they grew best and who is the best farmer to process them. We’re not taking any shortcuts.”

In late June, the meticulously sourced french fries will debut at the official launch of the first Amy’s Drive Thru.

Customers have asked the company’s owners to enter into the restaurant business for two decades, says co-founder and co-CEO Andy Berliner, who oversees the company with his wife, Rachel.

“About four years ago, we decided to do more of a traditional drive-through restaurant, but with organic, vegetarian, pesticide-free, and GMO-free food,” Berliner tells Civil Eats. The menu, which the company says is made with around 95 percent certified organic ingredients, will be familiar to fast food fans: burritos, pizza, shakes, chili, salads, and, of course, French fries.

Creating organic and good-tasting menu items has taken an inordinate amount of work. A task only compounded by the fact that all menu items will be available in regular, gluten-free, dairy-free, and vegan configurations.

The price point is higher than most fast food, but inline with fast casual chains like Chipotle and Panera. Customers will be able to buy a meal for under $9 and have it delivered within three-and-a-half minutes, a key to drive-thru success.

It’s important to note that the Berliners avoid the term “healthy fast food.” “We’re not calling it healthy because we do use salt and oil,” says Rachel Berliner. “It wouldn’t sell if we weren’t frying it in oil. You have to reach a medium. It just tastes good and it’s clean.”

“Better-for-you,” is how her husband Andy puts it.

The couple started Amy’s Kitchen in 1987 when they developed a frozen vegetarian pot pie out of their kitchen in Petaluma, California, a Northern California town that remains the company’s headquarters. Twenty-seven years later, the company has grown an average of 30 percent a year, according to Andy Berliner.

With processing plants in Oregon, Santa Rosa, and Idaho, and nearly 2,000 employees, it has evolved into one of the biggest selling frozen food and canned soup companies in the U.S. Since Amy’s Kitchen isn’t publicly traded, and is family-owned and operated, exact sales figures aren’t public knowledge. But on a 2012 episode of How I Made My Millions, the Berliners said the company earned upwards of $300 million in sales that year. Three years later, that number has shot up to $500 million according to a senior manager in communications.

At a time when other companies are working hard to remove genetically engineered and other highly processed ingredients from their menus, Amy’s Drive Thru, by virtue of the parent company’s history, has an upper hand. “We haven’t changed. Organic, vegetarian and non-GMO is who we are,” says Berliner.

As consumer demand for local and organic food continues to skyrocket, the time has never been better for a venture into “clean” fast food. McDonald’s may have changed their tune about kale, but fast food won’t shake its reputation for industrially produced meat, low-quality produce, and large quantities of of fat, sodium, and sugar anytime soon. Now a new breed of restaurants aim to clean up fast food’s reputation–and change the eating habits for legions of Americans along the way. Indeed, Amy’s Drive Thru is part of a larger trend taking place throughout the U.S.

Chains like Burgerville and Shake Shack fill their menus with antibiotic-free hamburgers, fresh-cut fries, and shakes made from local strawberries. In the Bay Area, high-profile chefs Roy Choi and Daniel Patterson are readying for the fall launch of Loco’l, a fast food joint that will use quality, organic ingredients while maintaining the taste, convenience, and price point of traditional fast food. (Some menu items may cost as little as 99-cents.) In a touch you won’t find at Wendy’s, the hamburgers at Loco’l are tucked between whole-grain buns created by Chad Robertson of the notorious San Francisco-based Tartine Bakery.

“Right now, we have a whole society that’s been eating preservatives and processed food, that’s being brainwashed by billions of dollars of industry, and we can’t just say, ‘Yo, eat this kale,’” Choi told Paper. “So what we have to do is pick food in a structure that makes sense. But then inside the structure is real food. So, for example, there are chicken nuggets [on our menu], but those chicken nuggets are made using really good birds, using rice flour to coat it, making a sauce out of real tomatoes and soybean and fermented chili paste. But they don’t know any of this; they just think it’s chicken nuggets.”

While Choi appears to be targeting eaters who don’t go looking for “better-for-you” options, and easing them into changing their habits, Amy’s benefits from a brand that has wide recognition among the health food crowd. Now, the location of the first Amy’s Drive Thru will allow the company to source local produce from farms like Bloomfield Organics and other small growers. Paneno says their sourcing philosophy is to “start local and work our way out.”

“We’re blessed to be in California,” he adds, fresh off a morning of sampling cucumbers, straight from the fields, to be turned into pickles for the drive-thru. Still, the restaurant needs to ensure supply, which will likely mean sourcing to the north or south if the demand arises.

According to Paneno, Amy’s ag field reps monitor all stages of the growing process and ag managers work through the soil-management, harvesting, and clean-up of the food products, until they arrive for processing at the Amy’s plant or kitchen.

As the Berliners see it, all of these locally sourced and pesticide-free foods don’t really matter if restaurant employees work in abysmal conditions for poverty wages.

“We’ll be paying more than anyone else in the market,” says Andy Berliner, when asked about entry-level wages for Amy’s Drive Thru. Employees will receive a starting wage of $12 an hour, lower than demands for a $15 an hour living wage in Sonoma County, but higher than the statewide minimum wage of $9 an hour. Employees will also receive medical benefits through a company-owned health center, and vacation days.

If this pioneer attempt is successful, expansion is a definite possibility, says Andy Berliner. They’ll take the process slow, and expand when ready, he adds. But, signs point to a sea change in consumer demands when it comes to fast food. In the face of declining sales profits as food-savvy millennials defect to new fast-casual establishments, McDonald’s recently set out out to redefine itself as a “modern, progressive burger company.”

Rachel Berliner recounts how a post about the restaurant’s launch on an anti-GMO website led to hundreds of letters from all over the country.

“People were writing in to ask when Amy’s Drive Thru was coming to their town,” Berliner says. “My feeling is that the restaurant is something that’s really needed.”