Over the last decade, Vermont’s lawmakers, businesses, farmers, and schools have done more to re-localize its food system than any other state, bar none. 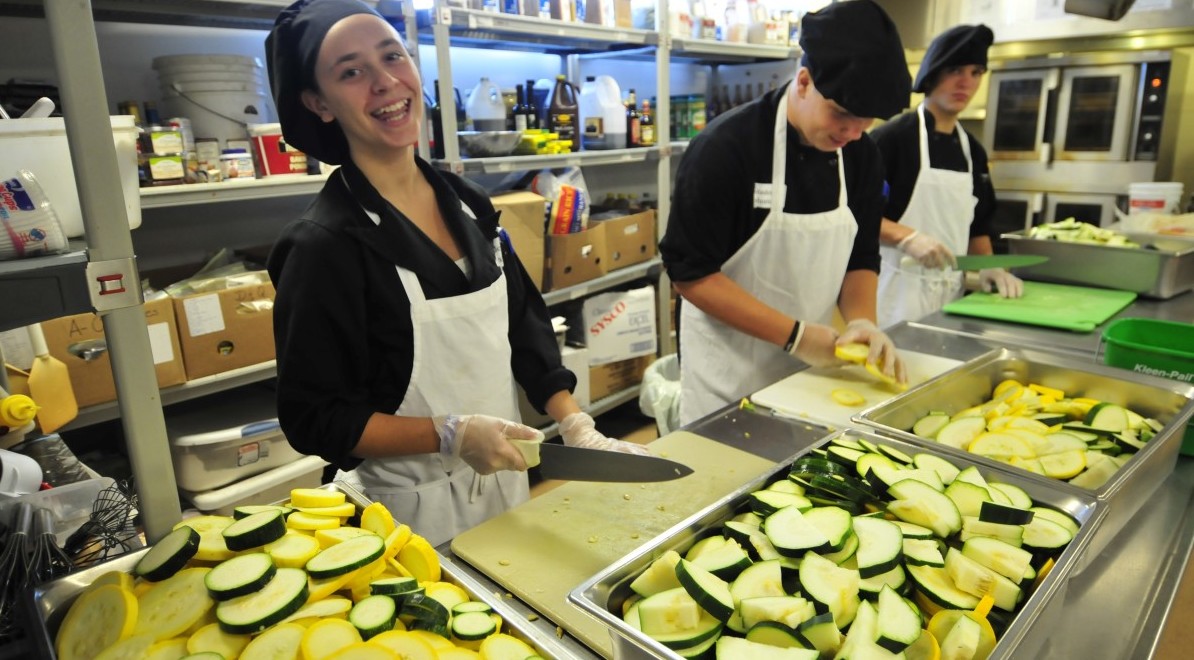 If most Americans were to rank the nation’s most influential states, chances are Vermont would not make many lists. But it should.

Quietly, Vermont has become a cultural, economic, and political force. Its public education system is consistently among the nation’s best. Vermonters weathered the Great Recession better than their counterparts in other states; the state’s unemployment rate is currently around 4 percent and dropping. Then there’s the catch-all distinction of being one of the top places in the country to live for overall quality of life.

Over the last decade, Vermont’s lawmakers, businesses, farmers, and schools have done more to re-localize its food system than any other state, bar none. Would-be activists are even making pilgrimages to the Green Mountain State to study and participate in the exciting work being done. And while any self-effacing Vermonter will certainly admit there is much work left to do, the data show that the collaboration and political will is, in fact, creating jobs, building the economy, and transforming the food system.

In 2009, the state’s legislature passed a landmark Farm to Plate Bill, which sought to increase economic development in Vermont’s food and farm sector, create food and farm jobs, and improve access to healthy local foods.

For Rachel Carter, communications director with Farm to Plate, the job creation is what heartens her most. “It’s impressive to see how quickly those numbers are growing, and the vigor of these younger food entrepreneurs, the amount of work they take on, and the commitment to creating jobs,” she says. “They understand the difference between good jobs, the labor market, the cost of food.”

Joe Bossen, 28, is one of those young Vermontrepreneurs. Several years ago, having worked on a number of farms, the New Jersey native set out to grow and promote staple crops typically found lower on the food chain, like beans. But he was unable to secure capital to start and run his own farm. 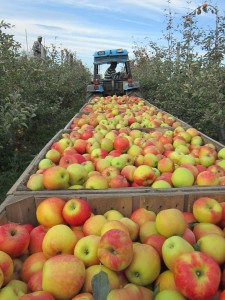 Instead of trying to buy land, Bossen chose to work with some of the forward-thinking farmers who controlled immense acreage already. Today, he grows a little bit himself, but mainly he partners with dozens of small area farmers, who grow beans and grains for his business, Vermont Bean Crafters. Bossen sells his products all over New England, including a number of large hospitals, universities, and about a dozen schools.

“I’d rather [farmers] be able to invest in better equipment and on-farm storage and let us keep getting better and better at processing the harvest,” Bossen says.

Two hundred miles south of Vermont Bean Crafters’ headquarters, Laurel Valchuis puts Bossen’s beans in the vegan meal kits she delivers by bike in Boston. She tells the Bean Crafters story alongside her own and says the Vermont food system—which she got to know well living there during graduate school—is what inspired her to want to work to build a similar one in Boston.

Valchuis says she admires the state’s numerous farmers’ markets and farm shares (there are more than 42 direct-to-consumer marketplaces per 100,000 Vermonters), but what really excites her is, “the cogs of the food system that are driving change—the big institutional buyers who feed hundreds of people a day, the farmers who take the initiative to approach these institutions, who start cooperatives, and who are building a community which drives positive change.”

For examples, food service giant Sodexo spent $3.2 million in 2014 on food produced in Vermont, including Bossen’s beans, while the UVM Medical Center buys nearly $2 million annually. Carter says her group will next focus on getting independent grocery stores to carry more local products.

How is it that Vermont came to be the burgeoning bastion of local food? For one, agriculture and care for the land have always been central to the state’s economy and identity. (“We were green before green was cool,” read T-shirts and bumper stickers there.) The state also has less urban sprawl than most, and Vermonters have resisted the standard influx of chains stores and big corporations. (Remember the “Eat More Kale” guy’s kerfuffle with fast-food giant Chik-fil-A? He’s from Vermont.)

It also helps to have immense political will at both the state and national level. Representatives from 13 state agencies, including Commissioner of Agriculture Chuck Ross, actively take part in farm to plate working groups. And on Capitol Hill, in February alone, Sen. Patrick Leahy co-authored federal bills that would renew and expand farm-to-school efforts, update regulations affecting hard apple cider breweries, and cut taxes on craft breweries in the state.

Vermont lawmakers were also the first in the U.S. to vote in favor of a proposed bill to label genetically engineered ingredients in food sold in the state. And the law appears to be moving forward, despite a high-profile lawsuit from the Grocery Manufacturers Association. 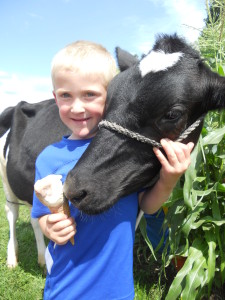 Vermont’s food system is impacting people beyond the state line, and that’s by design. Most Vermonters believe it’s really the whole New England area that needs to change, as regional trade lanes extend from New York to Maine and Southern Quebec to northern New Jersey. Organizations from Vermont and five surrounding states are a year into a wide-ranging plan to build regional capacity to produce at least half the food New Englanders consume by 2060.

Despite Vermont’s bold steps forward, there is still work to be done balancing affordable food, livable wages, and business viability, says Carter. More state residents buy and eat local products, but food insecurity has also been on the rise, affecting more than 34,000 households. And more still needs to be done to connect would-be farmers with affordable land and resources to kickstart their dreams.

Meanwhile, the state also lacks agricultural diversity. According to the Farm to Plate report, two-thirds of the state’s agricultural sales in 2012 came from dairy, while staple foods like beans and grains account for only a sliver of production. “If that was a stock portfolio, we wouldn’t say that’s very healthy, and we’d probably fire our broker,” says Bossen.

The state’s public and private colleges and universities can play a major role in forging ahead. In 2013, six schools and the Vermont state college system formed a “food systems consortium,” which gives students a weeklong, statewide immersion into what it calls a “food system renaissance.”

At Vermont Law School, Laurie Ristino, director of the Center for Agriculture and Food Systems, says the current law is heavily bent toward the industrialized food system, but she wants to graduate lawyers who work to level the playing field for smaller producers or innovate in the food system themselves.

The law school is an example of Vermont’s impact on the national food scene. In its first semester last fall, students working in the school’s new Food & Agriculture Clinic collaborated on legal toolkits for farmers’ market management and farmland tenure, and worked with the National Farm to School Network on a guide to policies for national legislators. All of this, Ristino says, is “geared toward serving the needs of the food movement.”

Vermont’s relocalization campaign won’t end until, Carter says, “local food becomes the norm and mainstream. When it’s not just something that’s for a small portion of the population.”

“But it’s definitely working,” she adds.