For a growing number of people of faith, GMO stands for "God Move Over." 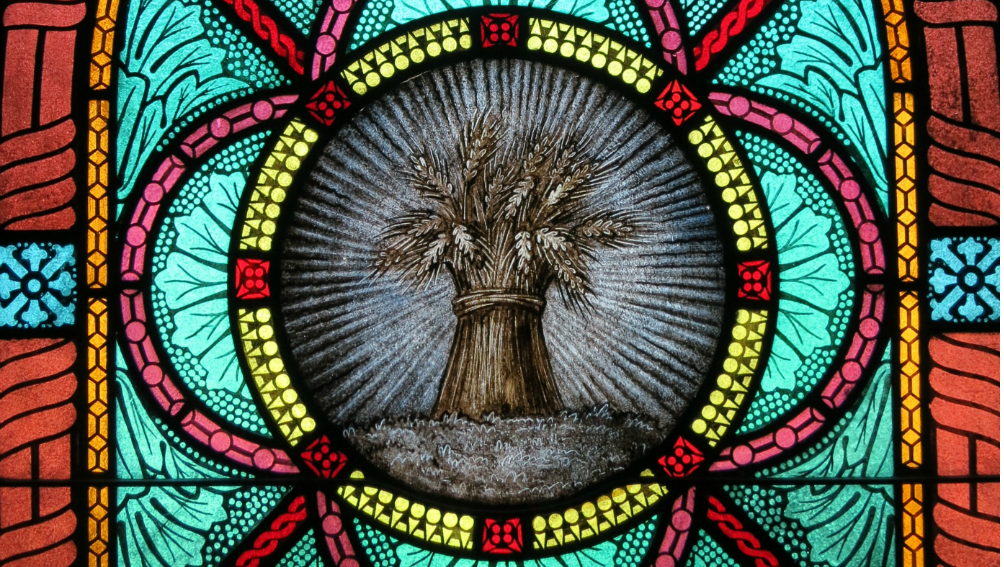 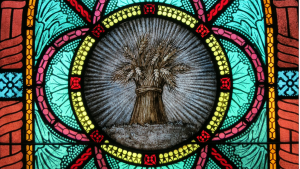 Last fall, at the peak of the contentious, expensive fight over Oregon’s ballot measure to label genetically engineered foods, about 100 people gathered at Portland’s Warner Pacific College for an unusual forum on the topic. Held in the Christian college’s chapel, the event put aside the familiar debates over health and the environment to take up a less-discussed, less earthly issue: What does God think of GMOs?

Speakers at the forum–“GMOs: Theological and Ethical Perspectives”–included not only scientists and farmers, but also representatives of the local Unitarian, Jewish, and Muslim communities. At evening’s end, Jenny Holmes, of forum co-sponsor Ecumenical Ministries of Oregon, told the audience that religion offers a guiding light for navigating the sometimes wonky GMO debate.

“There’s a lot of technical information,” she said. “But for people of faith, our traditions inform us of what are the right questions to be asking.”

Indeed, as GMO-labeling measures appear on the ballot in state after state—from Oregon to California, Washington, and Colorado—a growing number of people of faith are starting to see genetic engineering of crops as a religious issue. To be sure, the GMO debate remains on the fringe in many faiths, with traditionally progressive denominations showing the most engagement.

However, two of the country’s largest religious denominations, the Presbyterian Church (U.S.A.) and the United Methodist Church, have come out in favor of GMO labeling, and from Catholicism to Islam, there’s hardly a religious tradition in which GMOs aren’t the subject of some debate.

Increasing consciousness of food issues in religious communities is converging with a growing awareness about GMOs in general, says Pamm Larry, a leader of the anti-GMO movement. Larry, who launched the initiative to get California’s Proposition 37 on the ballot, says that while people of faith played a “huge” role in that 2012 fight, the pro-labeling campaign would have perhaps twice as much faith-based support today.

“More and more faith-based groups [focused on] where food comes from are popping up,” she says. “There’s just more awareness around the question of what makes a meal holy.”

Religious views on GMOs are as varied as religious traditions themselves, but there are some common theological threads. Chief among them: the belief that to change genetic material is to play God. For those in this camp—where the rallying cry is: “GMO stands for God Move Over”—there’s a big difference between traditional plant breeding, which can only be performed with somewhat related species, and genetic engineering, where there are no such limits.

“It’s crossing a boundary that many faiths are uncomfortable with,” says Holmes, who directs a food-justice project for Ecumenical Ministries, a coalition of faith-based organizations. “An underlying value in that position is that creation is sacred: It has its own integrity and its own inner wisdom that the creator has enabled and sustained, and when we insert ourselves into that process—especially for commercial desires—we put ourselves above the creator.”

Rick North, a congregant at Portland’s First Unitarian Church, is among those who see genetic engineering of crops as human hubris. A clear-eyed, passionate former campaigner for Physicians for Social Responsibility, North has plenty of secular reasons for opposing GMOs. But he says he does draw inspiration from Unitarian Universalism’s “Seven Principles,” a set of “higher priorities and values” for the church’s famously anti-dogmatic members. Take the seventh principle: “respect for the interdependent web of all existence of which we are a part.”

As North sees it, the foundation of reasoning behind genetically modified crops is: “We’re going to change this gene and it will just produce this one desired effect, and there won’t be any unintended, harmful effects.” But the decline of the monarch butterfly, he says, offers an example of how genetic engineering can reverberate negatively throughout an ecosystem. The butterfly’s decline has been linked to the decline of its food source, milkweed, which has in turn been linked to the growing of “Roundup Ready” GMO corn and soybeans.

“Kill milkweed and you’re killing millions of monarch butterflies,” he says. “It is a complete assault on the ‘interdependent web’ of life.”

Some Jews, too, see genetic engineering as heedless chutzpah. Zelig Golden is the founder of Wilderness Torah, a Berkeley-based organization that “reconnects Jewish community and tradition to its ancient, Earth-based roots,” as a rabbinical student. He’s also an attorney who has worked for the Center for Food Safety, an advocacy group. With the smooth rhetoric of a lawyer, Golden argues that GMOs violate kil’ayim, the Jewish prohibition on mixing species.

“It’s about being humble,” he says, “And honoring the fact that creation is a gift that we are to be stewards of—not to manipulate and not to destroy.”

Many faiths are still struggling to reconcile ancient beliefs with this very modern technology. In Islam, the jury remains out on GMOs, with one consideration of the issue from the Research Center for Islamic Legislation and Ethics concluding that “it is quite difficult to establish whether genetically engineered food is permissible in Islam as there is no direct information on [genetic engineering] in the Quran and Hadith, as it did not exist at that time.”

Buddhists, too, are yet undecided on genetic modification; like Muslims, they’re left to read between the lines of age-old teachings. “The Buddha didn’t know anything about DNA, much less the possibilities of modifying it technologically,” writes Zen teacher David Loy in an essay on the “Karma of GMO Food.“ (He goes on to argue that “the genetic engineering of food, as presently practiced, may be incompatible with basic Buddhist teachings, insofar as it is more likely to increase dukkha [suffering] than reduce it.”)

For religious groups with dietary laws, like Jews and Muslims, the issue seems all the more relevant. But here, too, there is a wide gap between scripture and science. For example, the leading U.S. kosher-certification agencies currently view GMO foods as kosher, reasoning, basically, that since many of the effects of genetic manipulation are invisible to the consumer, they don’t present a problem. (In other words, if it looks like kosher food, and it quacks like kosher food, it is kosher food.) To Golden, such interpretations are hopelessly out of touch.

“The rabbis could not have imagined a time when scientists could invade the genome of a soybean with genes from bacteria,” he says. “I think it’s important that we look to our ancient traditions to understand not just the letter of the law, but the underlying values, and explore how we apply those values to today’s concerns.”

He could just as well be talking about Islam, or Buddhism, or Christianity. The “ancient traditions” may be different, but the questions GMO foods are raising go deeper than any one doctrine, hitting on core beliefs about the proper relationship between humanity and nature and the effects of our actions on other living beings.

“This isn’t a Jewish issue; it’s a human issue,” Golden says. “The fundamental questions around how we tinker with the gifts of creation are ones that people of all faiths should be looking at.”