The nation's largest chicken producer says it will phase out human antibiotics by September 2017. What does it really mean? 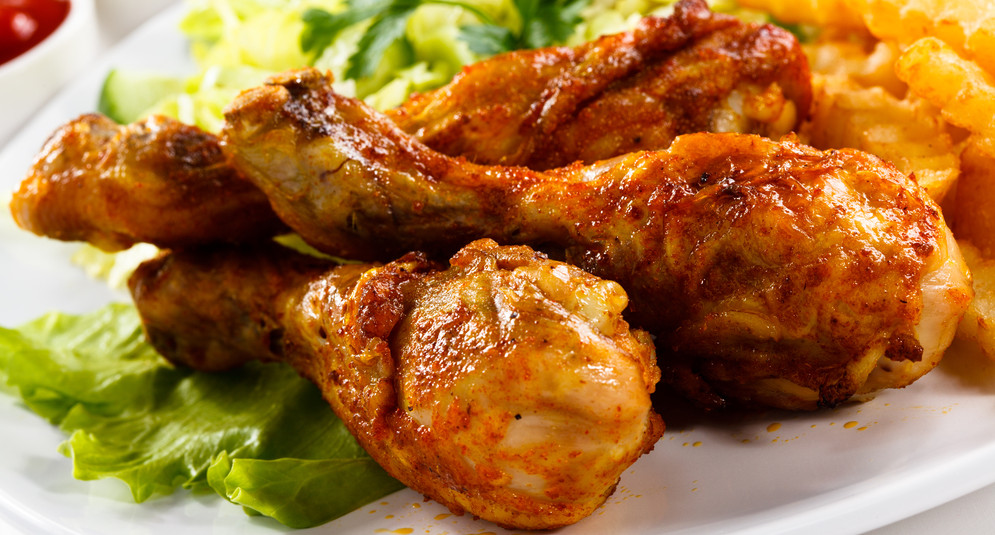 Last week, Tyson Foods made major headlines when it announced that it was “striving to eliminate human antibiotics from broiler chicken production by September 2017.” The move garnered a great deal of accolades for one of the biggest chicken producers in the world. The National Resources Defense Council (NRDC), which has been campaigning to stop the overuse of antibiotics in farming for years, has called this “the tipping point for getting the chicken industry off antibiotics.”

Tyson joins other chicken producers like Purdue and Pilgrim’s Pride in announcing its intentions to reduce the use of drugs of human importance. Together these companies produce about a third of the U.S. chicken supply. It’s part of a trend that has seen restaurant chains like McDonald’s, Chipotle, Panera, and Chik-fil-A pledge to go antibiotic-free.

The move also comes after Tyson has apparently stopped using human antibiotics in its broiler hatcheries and reduced its use in broiler chickens by 80 percent since 2011. The company says it will report its continued progress annually, and convene a panel of experts this summer to tackle human antibiotic use in its beef and pork production.

To be clear, this has the potential to be a big step forward. The widespread use of antibiotics like penicillin and tetracycline in animals is scary stuff. We rely on them to survive, and no one wants to live in a “post-antibiotics world.” When meat producers depend on these drugs to promote animal growth as a matter of course, the animals can develop resistance to them, and they can pass antibiotic-resistant bacteria, or “superbugs” on to us. Each year, at least 2 million people become infected and 23,000 die as a direct result of antibiotic-resistant infections, according to the Centers for Disease Control and Prevention (CDC).

The fact that Tyson has even acknowledged that it has problem with antibiotics important to humans is a huge step in the right direction, says Dr. David Wallinga of the NRDC. He calls the company’s announcement an “unqualified good.”

Here are a few things you might want to consider before you break out the champagne.

1. The Government Does Not Oversee Antibiotic Use in Animals

To many, this is the beginning and end of the issue. If neither the U.S. Food and Drug Administration (FDA) or the U.S. Department of Agriculture (USDA) has jurisdiction over antibiotic use on farms, the public is reliant on corporations to self-regulate–and self-report on their results.

The FDA has publicly acknowledged the public health risk of rampant antibiotic use on farms since the 1970s, but no meaningful legislation has appeared in the interim, in part because of the powerful food and pharmaceutical lobbies that have worked to block legislation. In 2013, the agency announced a voluntary program restricting antibiotic use in livestock, but it had major loopholes … and the use of human antibiotics on animals actually rose that year instead of going down. 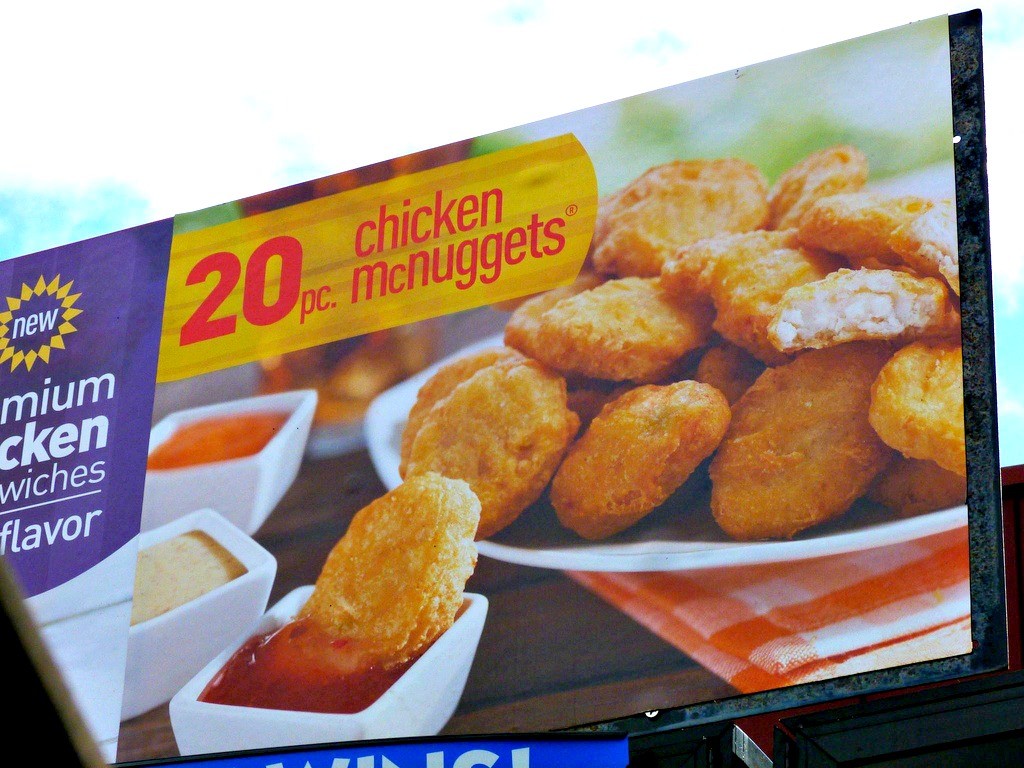 2. This Announcement is Likely Motivated by McDonald’s

Tyson is one of the biggest providers of chicken to McDonald’s, which announced in March its commitment to serving chicken raised without human antibiotics in all of its restaurants within two years. Though Tyson’s leadership has said that its announcement has nothing to do with McDonald’s, the two-year timelines do line up.

McDonald’s has been facing consumer pressure to change its ingredients and practices and has seen revenue falling nearly every quarter. The company admits that its move to sell chicken raised without  antibiotics is a response to consumer demand. McDonald’s U.S. President Mike Andres said in a statement that “Our customers want food that they feel great about eating–all the way from the farm to the restaurant–and these moves take a step toward better delivering on those expectations.”

Tyson, on the other hand, could be reacting to corporate, not consumer, pressure–a subtle but potentially important difference. Though the company does sell prepared foods, Tyson’s biggest customers are industry giants like McDonald’s, KFC, and Sysco, which supplies food to institutions like schools, nursing homes, and hospitals. Since the company isn’t under the same pressure to conform to consumer demand, it may only do the minimum required to keep its corporate customers happy.

Let’s give Tyson the benefit of the doubt and assume that it’s making this shift out of concern for public health. It would be easier to believe without qualification if it and other food corporations hadn’t made claims before that turned out to be untrue.

Tyson claimed to be producing antibiotic-free chicken in 2008, then was ordered by a federal court to change the label after the USDA found that the claims were false. McDonald’s claimed to prohibit the use of antibiotics used in human medicine for growth promotion purposes back in 2003. And many pork producers vowed to stop the use of gestation crates and then later quietly backed down, to name a few examples.

4. There’s No Mention of Overseas Operations or Contract Farms

Tyson has made its pledge for U.S. flocks, but says nothing of its international operations. Nathanael Johnson at Grist points out that Tyson’s operations in Mexico, China, and India could continue to feed their chickens human antibiotics … and superbugs don’t take notice of national borders.

It’s hard to know how much of a threat this could be without knowing how big these international operations are, but there’s also concern that the company would begin to offshore more production if they can rely on growth promotion from antibiotics outside the U.S. Company clarification on whether it plans to eliminate human antibiotics from overseas operations would go far.

Tyson also works with about 6,000 contract poultry farms. The company has not yet addressed how it will work with these contractors during the transition, or who will be shouldering the cost for superbug decontamination of equipment or infrastructure.

5. On Close Reading, Tyson’s Language Allows for Some Gray Area

With so little information out there, all we can do is closely read into what Tyson says it’s actually pledging to do–and what it’s leaving out. The first possible red flag is that the company isn’t actually saying it will eliminate human antibiotic use, it’s saying it’s “striving to eliminate” it, a much less concrete statement.

There’s also some question over how Tyson is defining “human antibiotics.” It can stop using the literal antibiotics that doctors prescribe to humans, but continue using closely related antibiotics in the same class–which could still lead to resistance to drugs humans count on. A Tyson representative told the NRDC that they were eliminating the entire classes of antibiotics, but Tyson Foods declined to confirm this to Civil Eats.

Ultimately, Tyson’s announcement doesn’t mean that the company will stop using antibiotics entirely, either. It may still use drugs important to humans to treat sick chickens. McDonald’s and Tyson are also still allowing for the use of ionophores, an animal antibiotic that doctors don’t prescribe to humans. In other words, many of the practices that make chickens sick to begin with may remain the same.

“[This is] not a statement that says they’re changing the setting in which we raise animals to reduce bacterial disease. They’re continuing to seek pharmaceutical interventions to solve the problem,” says Nachman of Johns Hopkins. “They’re taking the crutch of human antibiotics and replacing with another crutch.”