All the News That's Fit to Eat: Big Pizza Teams Up With Grocery Stores and Movie Theaters to Fight Calorie Labeling | Civil Eats

All the News That’s Fit to Eat: Big Pizza Teams Up With Grocery Stores and Movie Theaters to Fight Calorie Labeling

Plus: Tyson announces big antibiotics news, Chipotle goes largely GMO-free, and a new Oregon bill could allow trees and rivers to be plaintiffs in lawsuits. 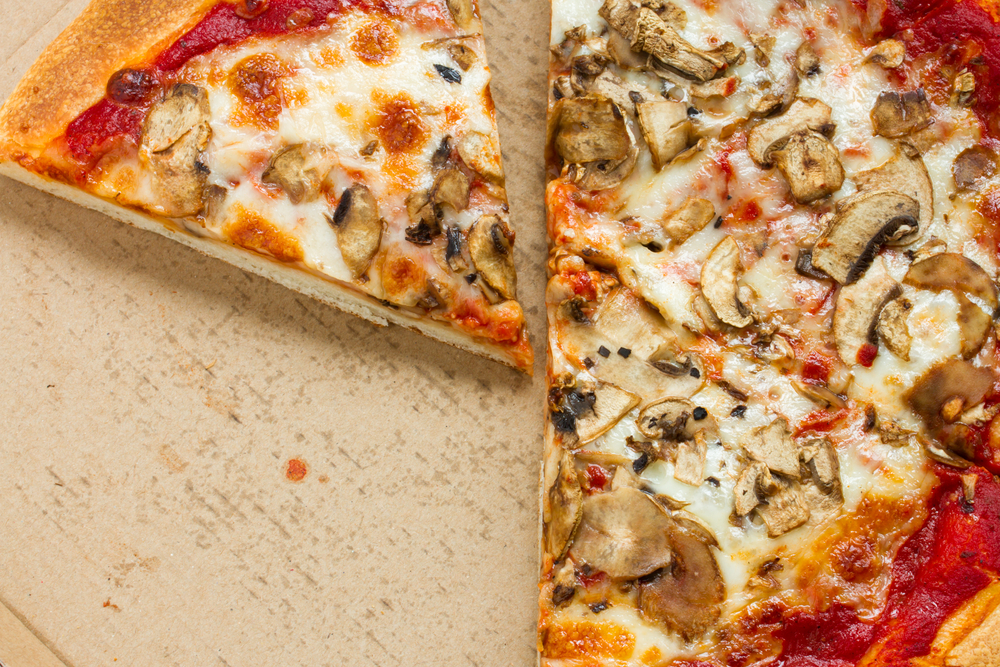 If you’ve ever gone into a Starbucks or McDonald’s intending to order one thing and stopped cold after seeing a calorie count on the menu, you’re not alone. A 2013 study at the Drexel University School of Public Health found evidence that confirms what many of us probably assume: Customers who dined at restaurants where the menus listed calorie counts ate, on average, 155 calories fewer than they did at restaurants without such labeling.

The 2010 Patient Protection and Affordable Care Act–commonly known as Obamacare–has built-in requirements for dining establishments to post calorie counts on menus. Those requirements were finalized by the U.S. Food and Drug Administration (FDA) in November, in a controversial set of guidelines that included not only chains with more than 20 locations, but also vending machines, movie theaters, sports stadiums, bowling alleys, amusement parks, and other entertainment venues that also serve food.

The FDA guidelines were praised by public health groups and supported by the National Restaurant Association, which says that it wants to be on equal footing with other establishments that serve food.

A bipartisan bill was reintroduced this week to roll back some of these FDA requirements. The Common Sense Nutrition Disclosure Act, backed by Reps. Cathy McMorris Rodgers (R-Washington) and Loretta Sanchez (D-California), would exempt establishments like grocery and convenience stores, gas stations, and movie theaters from posting calorie counts if they make less than 50 percent of their revenue from prepared food. It also clarifies that only one menu per establishment needs to list calories, and that restaurants where the bulk of the ordering happens off-site–like pizza delivery joints–only need to post calorie counts online.

The new bill is backed by industry groups like the Food Marketing Institute, the National Grocers Association, the National Association of Convenience Stores, and The American Pizza Community (yes, Big Pizza has its own advocacy group). They cite the “prohibitive cost” of changing out menus, and the complications of posting calorie counts for a food with millions of variations like build-your-own pizza. Not to mention the fact that they’re also representing businesses that serve some of the most calorie-laden food out there, and they’re not particularly eager to have that pointed out.

The fight is nowhere near over, but the FDA rules are currently set to go into effect December 1.

Tyson, the biggest poultry producer in the U.S., announced this week that it’s “striving to eliminate human antibiotics from our broiler chicken production by September 2017.” This is potentially important news for the industry and its practices at large, as well as for the groups battling antibiotic resistant bacteria or “superbugs”  that some attribute to the widespread use of human drugs on animals.

On Monday, Chipotle will stop preparing food made with genetically engineered ingredients. It will be the first major restaurant chain to do so, just as it was the first in 2013 to label GMO ingredients on its website. While some criticize the fast-casual chain’s motivations, the complications involved in going GMO-free–including the work involved in finding enough GMO-free oil to fry chips and tortillas!–show Chipotle’s level of commitment. (Of course, the corn syrup in the soft drinks Chipotle serves is still made from GMO corn, and the grains fed to some of the animals on the menu may also be genetically modified.)

Pepsi Is Ditching One Fake Sweetener, But What About The Rest? (Mother Jones)

This week, PepsiCo announced that it would stop using the low-calorie sweetener, aspartame, in Diet Pepsi, Caffeine-Free Diet Pepsi, and Wild Cherry Diet Pepsi. The move is a response to a decline in sales due to consumer backlash against it.Tom Philpott breaks down the studies that have linked aspartame to higher risk of stroke, cancer, and type 2 diabetes.

You might think twice about your next shrimp cocktail after reading the Consumer Reports study that came out last Friday, revealing that 60 percent of the shrimp its scientists tested housed some bacteria–in some cases very nasty ones. About 94 percent of shrimp in the U.S. is imported from countries like India, Indonesia, and Thailand and grown in ponds that, if not carefully managed, can build up “a sludge of fecal matter, chemicals, and excess food.” Shrimp farms use antibiotics to combat this–and drug-resistant superbugs like Methicillin-resistant Staphylococcus aureus (MRSA) were found in about 2 percent of shrimp tested.

Do Plants Have Rights? GMO Fight Returns to Oregon With Benton County Vote (The Oregonian)

A measure on one Oregon county’s ballot this month would give natural resources like bodies of water, soil, and trees the right to be plaintiffs in lawsuits. The idea is that an organic field, say, could sue a conventional farm for contaminating its seeds with genetically modified ones; the bill is a workaround to statewide ban on counties and municipalities enacting their own restrictions on GMOs, and one that is being seen as a possible response to the idea of corporate personhood. Measure 2-89 goes to a vote on May 19.

U.S. Secretary of Agriculture Tom Vilsack won’t say directly whether he’s interested in becoming Vice President–a position that he’s been considered for more than once, including in 2008 as John Kerry’s running mate–but he is speaking out about the importance of a national conversation about climate change and GMOs. He thinks science should play a central role in these debates, and should be taken into account by both climate change deniers on the right and anti-GMO lobbyists on the left.

Time for some sobering news about climate change. A study in the journal Nature Climate Change has confirmed links between global warming and extreme weather. Scientists project that if the planet warms more than five degrees Fahrenheit in the next century, it could cause a 62-fold increase in heat extremes, as well as much heavier rainstorms.

The story that wins this week’s prize for hardest to read–and is even grosser than sludge-filled shrimp pools–is the horrorshow tale of a maintenance worker at a Bumble Bee Tuna plant in Southern California who was accidentally cooked to death in a can-sterilizing machine in 2012. The LAT has all the gory details, like how temperatures inside the pressure cooker went up to 270 degrees Fahrenheit, and the worker’s charred remains were found after the cans of tuna had been processed (they were definitely not sterile). On Monday, Bumble Bee Foods and two workers were charged with three felony counts. The two workers face up to three years in prison and  $250,000 fine; the company is facing fines of up to $1.5 million.

Here’s your reward for getting through that last story: Imagine Daily Show host Jon Stewart milking cows and herding sheep in post-retirement bliss. The late-night host and his wife Tracey announced that they have bought a farm in New Jersey and intend to use it to shelter farm animals rescued from cruelty. In response, animal rescue and advocacy group Farm Sanctuary has named two of its sheep Jon and Tracey.