All The News That's Fit to Eat: The Bird Flu is Back | Civil Eats

All The News That’s Fit to Eat: The Bird Flu is Back

Plus: Listeria outbreaks in ice cream, a secret global trade agreement, and the end of neon mac and cheese. 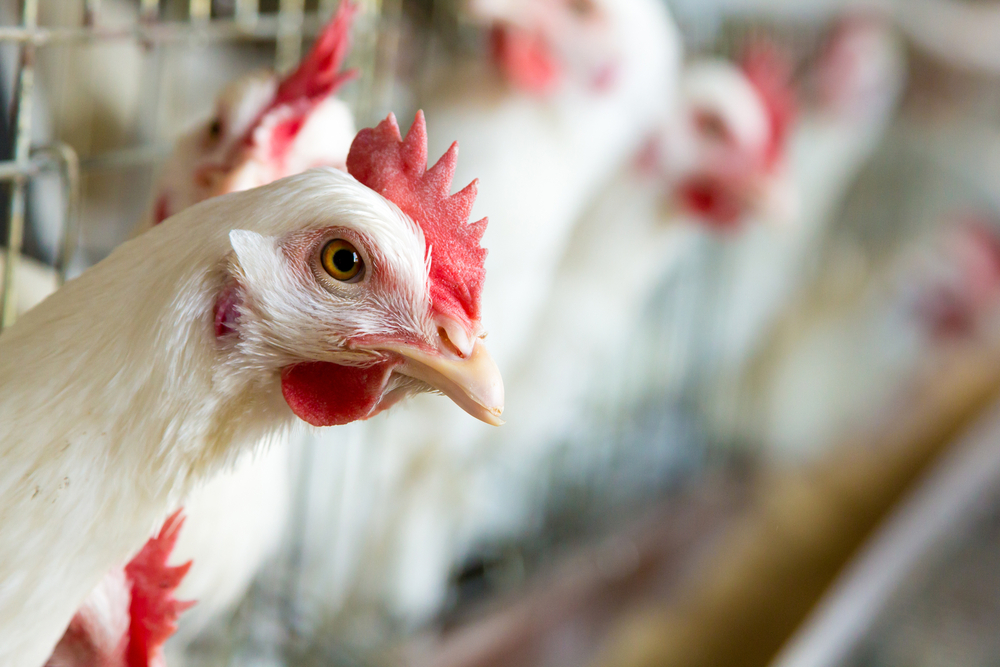 Bird flu is so 2009, right? That was the year the H1N1 virus made headlines around the world when the first case was found in the United States, prompting fears of a global pandemic and lots of face mask-wearing on public transportation. Since then it’s been quietly mutating and killing humans and poultry around the world.

Now there’s a new strain in the U.S. that has infected millions of chickens, turkeys, and other birds. Fortunately, there have been no cases of human infection, and the Centers for Disease Control (CDC) says that it’s “cautiously optimistic” there won’t be.

But that doesn’t mean that things aren’t bad in the Midwest, which has seen most of the carnage. Minnesota Governor Mark Dayton declared a state of emergency on Thursday following Wednesday’s news that H5N2 avian influenza had been found in 13 turkey flocks, bringing the state’s overall total to 44, representing about 2.1 million birds. Altogether this strain of avian flu has been seen in 13 states and 7.3 million chickens, turkeys, and other poultry.

It’s a lot of birds, but only a fraction of the 9.2 billion broiler chickens and 235 million turkeys produced in the U.S. each year, so the flare-up isn’t expected to affect poultry or egg prices. It will hurt poultry farmers, however: They don’t get compensated for dead birds, only those euthanized by the U.S. Department of Agriculture (USDA) as a precaution. Also, up to 40 countries have implemented new trade restrictions following news of the outbreak.

Experts think that the virus might be a mutant of one that has been terrorizing poultry in Asia and Europe for years, and that it is transmitted either by migrating waterfowl or in the wind itself. USDA chief veterinarian John Clifford said in a news conference that warm, sunny weather should take care of the present issue–the virus doesn’t like heat or ultraviolet rays–but could come back in the fall, when there is added danger of it spreading via migrating birds.

A vaccine for poultry is currently being developed in the USDA’s Poultry Research Laboratory in Georgia. The CDC is also looking into a vaccine for humans just in case.

Beloved Southwestern ice cream company Blue Bell recalled all of its frozen confections in 20 states this week in the wake of a Listeria outbreak that has left three dead and many more sick. The company first recalled 10 frozen desserts last month that were traced back to a listeria-contaminated machine in one of its Texas plants, but since then the U.S. Food and Drug Administration (FDA) has found more evidence of the potentially deadly bacteria. And NPR brings word that the CDC now believes the outbreak may have actually begun as early as 2010.

On Wednesday, Ohio-based Jeni’s Splendid Ice Creams also recalled all of its products when Listeria was found in a random test conducted by the Nebraska Department of Agriculture. Meanwhile, a man in Texas is trying to capitalize on the shortage by selling pre-recall Blue Bell on eBay with a mandatory starting bid of $50. There were no takers at publish time.

Say goodbye to the radioactive orange mac and cheese of your youth. Kraft Foods has announced that it will now use natural colorings like paprika and turmeric in its iconic neon macaroni starting in January 2016. It will also stop using preservatives in its original mac and cheese, which has been on the market since 1937. The move is in response to consumer demand, including a Change.org petition asking Kraft to stop using artificial dyes like Yellow 5 and Yellow 6 that garnered more than 365,000 signatures.

…and that something is restriction-free global trade. President Obama has teamed up with Senate Republicans to push through secret legislation to establish the Trans-Pacific Partnership (TPP) which would give corporations the right to challenge government regulations–and be compensated for unfair treatment–in 12 Pacific Rim nations. Specifics about the bill are scarce due to its secrecy, but critics, like Mark Bittman in The New York Times, say it’s little more than “enhanced corporation power branded as free trade.” The proposed Transatlantic Trade and Investment Partnership (TTIP) would do the same for trade between the U.S. and the European Union, which could circumvent the EU’s strict regulations on pesticides and genetically engineered crops.

The USDA announced a new national climate strategy on Wednesday, as it partners with farmers and ranchers to help reduce carbon emissions. The hope is that a series of voluntary and incentive-based programs could reduce emissions by more than 120 million metric tons of carbon dioxide per year by 2025, equivalent to about 25 million cars. The initiatives center around improved soil resilience (and CO2 absorption) with conservation tillage and no-till systems, as well as reduced fertilizer use (to reduce lower the rates of NO2 entering the atmosphere), and reduced methane emissions from cattle, dairy, and pigs.

As California deals with its extreme drought, some are questioning why multinational companies like Nestlé should be allowed to bottle water from the state’s streams and watersheds–especially when their permits to do so have been expired for nearly 30 years in some cases. The story about the lax enforcement broke in March in the San Bernardino Desert Sun, and has prompted an online petition with more than 150,000 signatures demanding that Nestlé cease operations in the state immediately. A March protest halted operations for a day at the Nestlé Waters North America bottling plant in Sacramento.

McDonald’s is Closing Hundreds of Stores This Year (Fortune)

McDonald’s closed 350 restaurants in the first quarter of the year because of poor sales. These were on top of the 300 locations the fast food giant had already announced plans to close this year. Obviously these closures hardly make a dent in the roughly 32,500 McDonald’s restaurants in the world, but they do show part of the company’s strategy to turn around its two-year sales slump. On Wednesday, McDonald’s reported an 11 percent decrease in revenue and 30 percent decrease in profits in the first three months of 2015.

Music legend Neil Young has announced that his next album will be a protest against Monsanto and genetically modified crops. Young is currently on tour with The Promise of the Real, a band that includes two of Willie Nelson’s sons, and the acts will collaborate on The Monsanto Years. Tracks include “Rock Starbucks,” “Seeds,” and “Too Big to Fail.” The album will be released June 16 with a tour to follow.