The USDA’s organic standards don’t prevent mistreatment of farm animals—but the agency is finally moving to change that.

By Twilight Greenaway and Adrien Schless-Meier 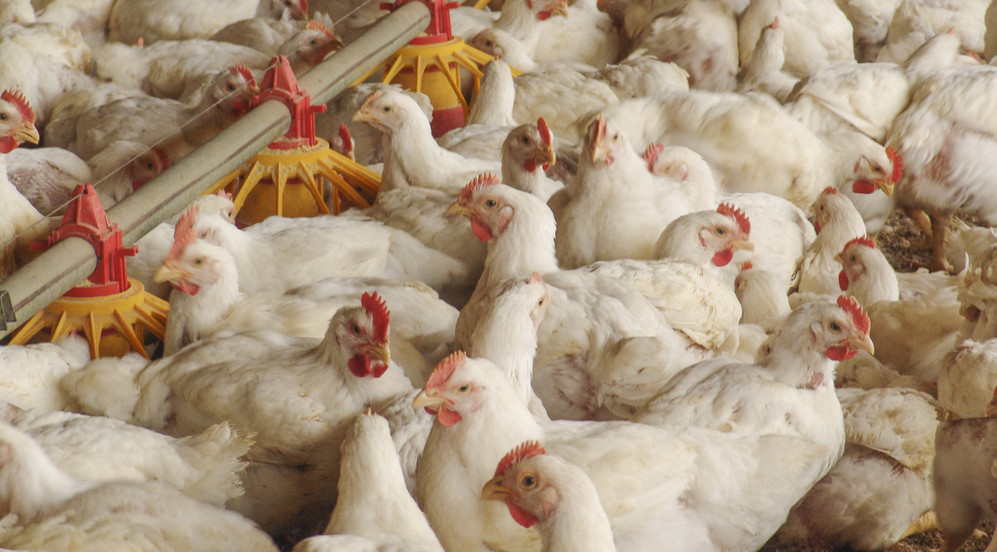 Do you ever wonder why so much organic food also carries animal welfare labels?

The short answer is that while the U.S. Department of Agriculture’s (USDA) organic standards are very precise about pesticides and other growing practices for the crops people and animals eat, it doesn’t include very many specific instructions about the way the animals themselves are raised.

“When people pick up organic milk, they’re expecting that the cows are out on pasture most of the time,” says Luke Meerman, one of the farmers behind Michigan-based Grassfields Cheese. And he’s right. In a phone survey conducted for the American Society for the Prevention of Cruelty to Animals (ASPCA), 68 percent of the consumers contacted said they expected that animals raised on organic farms “have access to outdoor pasture and fresh air throughout the day.” Similarly, 67 percent said they believe “animals have significantly more space to move than on non-organic farms.”

But as Meerman, whose family runs a 90-cow farmstead cheese operation, can attest, organic certification doesn’t require either full-time pasture access or more space for the animals. That’s one reason his family has chosen to add the Animal Welfare Approved (AWA) label to its line of cheese.

“Organic is about what the cow is eating and what you’re doing to the land,” Meerman says. “AWA is about the cow.” He takes special care to manage his animals’ pain, and keep young cows with their mothers for a week after they’re born, for example. And those are just two of the many welfare practices that organic doesn’t require.

“There are lofty ideals in the current standards,” says Suzanne McMillan director of the ASPCA’s Farm Animal Welfare campaign. “There are references to ability to engage in natural behavior, comfort behavior, the reduction of stress. But the USDA organic program really is failing to meet both the spirit of organic and consumer expectations around animal welfare.”

For as long as federal organic standards have existed, a group of farmers, consumer advocates, and scientists, called the National Organic Standards Board (NOSB), have helped shape those rules. The board has long been aware of gaps in the animal welfare portion of the regulations, so in 2011, it issued a set of detailed formal recommendations to the USDA. In a rare instance of consensus, every NOSB member signed off on the board’s recommendations.

The organic rules already included a few general recommendations for treating animals well, such as the Organic Pasture Rule, which requires farmers to allow cows and other ruminants to graze for at least 120 days a year. But for laying hens and other poultry, the rules are much less specific.

The NOSB’s proposed rules aim to fix that. They include space requirements for poultry, specifying two square feet per bird. The NOSB also recommended requiring farmers to note how many animals die on their farms before slaughter—something USDA currently doesn’t document, but can serve as an important indicator of general welfare.

“We discussed the whole potential range of space options, up to and including a full-time pasture requirement,” he recalls. NOSB members heard from a range of poultry industry spokespeople. “The people running the large production facilities said, ‘we can’t shift our operations this way.’ Those number kept going around and around in circles, for over 6 months.”

In the end, they landed on two square feet, which Bondera describes as “ludicrously minimal.” But the NOSB acquiesced, he says, because “it was like, ‘Let’s make it so there’s some bare minimums here.'”

Nearly four years after that initial proposal, the agency is finally poised to issue a proposed rule by the end of this year.

According to a spokesperson for the USDA, the rules will be “based on the NOSB’s recommendations,” but just how closely they follow the details of the recommendations will not be entirely clear until the department releases its draft and takes public comments.

In March, 14 animal welfare, food, and agriculture organizations sent a letter to the USDA expressing support for the National Organic Program move to set new standards and urging them to move swiftly. The letter reads: “Consumers mistakenly believe that organically raised animals are raised more humanely when, in truth, there is often little difference between conventional and organic production in terms of animal treatment” and asks that the NOP “establish minimum space requirements for all species.”

Big growers and processors now make up a sizable portion of the organic market; in fact, many small-scale producers have been crowded out of the very sector they helped create.

“The problem, when you talk about the organic industry, is that it’s everything from your small farmer to the largest egg producer in the U.S., who has an organic line,” says Dena Jones, director of the Farm Animal Program at the Animal Welfare Institute. “The consumer has no way of knowing, without doing a lot of research, whether this is a good product in terms of animal welfare or not.”

Many organic advocates point out that because of their size and influence, large farms and organic food companies tend to shape policies. “The truth is that the NOSB is made up primarily of people representing large entities that are looking out for their own bottom line,” Bondera says.

And large farms often have the most to lose when higher standards are put in place. In 2012, a year after the NOSB’s recommendations, the USDA conducted an economic impact analysis of poultry raised with a range of animal welfare standards. The study found that birds with more living space (two square feet per bird) and with more consistent access to the outdoors would cause the price of organic eggs to “increase substantially” among large organic egg producers and “likely cause a substantial number of producers to exit organic production and switch to conventional production.”

While fewer, more expensive organic eggs would mean fewer choices for consumers, some advocates would welcome the shift. Jones feels that the economic side of the argument has won out for too long. It’s time for organic agriculture to adhere to “what’s in the animal’s best interest,” she says, “and not just what’s in the best interest of the bottom line.”