4 Things You Should Know About the Paleo Diet | Civil Eats

4 Things You Should Know About the Paleo Diet 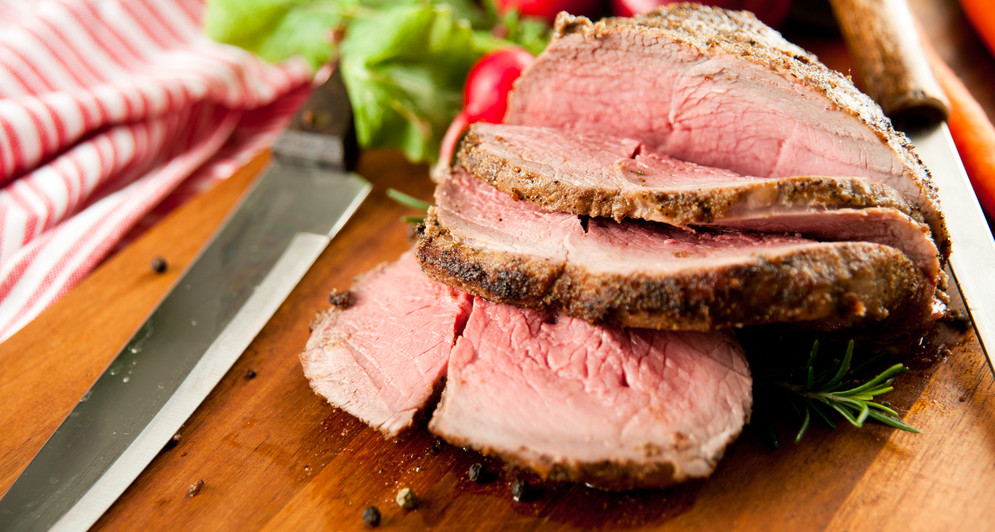 The Paleo diet has been promoted as the optimal diet, offering the eater a plethora of benefits including weight loss, disease prevention, and improved health. It is designed to mimic what our hunter-gatherer ancestors ate and includes grass-fed meats, nuts, seeds, eggs, fruits, vegetables, and some oils. Foods to avoid on the diet include all grains, cereals, dairy, beans, and potatoes, as well as processed foods, sugar, salt, and refined oils.

It is well known that cutting out refined foods, sugar, and added salt will benefit your health. But the benefits of the other aspects of the Paleo Diet, in particular the large percentage of animal products consumed, are less cut-and-dry. And they have the potential to impact much more than your health. Here are four things to consider before going Paleo.

1. There is No Research on The Long-Term Health Effects of the Paleo Diet.

Despite the hype, there’s no evidence that the Paleo Diet lowers mortality or the risk of heart disease and cancer. Here’s some of what researchers have found so far:

These four studies are among the best we have to date. And three out of the four were short-term and looked at a very small number of participants. All of them look at short-term risk factors and not disease or death rate. And none address the elephant in the room: What happens to your risk of heart disease, cancer, and overall mortality if you follow this diet for years?

We can say that the Paleo Diet may positively affect some of the risk factors for heart disease, but what does it do to others such as sticky platelets, the stability of the heartbeat, inflammation, or the state of the endothelial cells that line our arteries? We just don’t know.

2. There is Long-Term Research on Meat Consumption.

A 2012 Harvard study followed thousands of health professionals and nurses for 20 to 26 years and found a 12-percent higher death rate among those eating a low-carb diet that was also high in animal protein, such as beef and dairy. Those eating large percentages of animal protein were 14 percent more likely to die of heart disease and 28 percent more likely to die of cancer.

Another 2012 study, using the same nurses and health professionals, found consuming red meat was also associated with an increased risk of heart disease, cancer, and mortality. The World Cancer Research Fund and the American Institute for Cancer Research also point to a “convincing” link between red meat, processed meats, and colorectal cancer.

Due to the plethora of research, the American Cancer Society also emphasizes the value of plant-based foods and recommends limiting consumption of processed meat and red meat. Animal products can also have an impact on emerging risk factors for heart disease, such as the creation of trimethylamine-N-oxide (TMAO) by the bacteria in our gastrointestinal tracts, which helps cholesterol to stick to the wall of the artery. And while there is some suggestion that grass-fed beef might be healthier, we still just don’t know the health impact of eating a lot of it over the long-term.

3. Most Meat Production Takes an Enormous Toll on the Environment.

A 2014 study found that grain-finished beef requires more land and water and produces more GHGs and reactive nitrogen compared to poultry, pork, eggs or dairy. Reactive nitrogen, a by-product of fertilizer use, contributes to acid rain and creates dead zones in lakes and oceans. While pasture-based operations do appear to offer some environmental benefits, they make up less than 5 percent of all meat production.

And, the most important point: We’ve heavily industrialized our animal production to support the current American diet, which is nowhere near as meat-focused as the Paleo diet. Can you imagine how much meat we’d have to produce—and how much pollution and potential climate impact it would have—if everyone went Paleo? In countries like India and China, where meat and dairy consumption has been on the rise along with the growing middle class, such a shift could have devastating global consequences.

4. The Paleo Diet is Not What Paleolithic People Actually Ate.

Archeological scientist Christina Warinner discussed the dietary habits of the Paleo man in her TEDTalk, “Debunking the Paleo Diet.” In a nutshell, she says the Paleo diet “has no basis in archeological reality.” Her team’s research found that the diet of our ancestors was extremely varied and depended on where they lived and the time of year. People who lived in the Arctic ate more meat. Those who lived in warmer climates ate more plants.

In Mexico, for example, they ate prickly pear, legumes, fruits, agave, nuts, beans, gourds, and flowers. They also ate some wild game, but mostly rabbits when they could catch them. It’s also worth considering that most of the food people eat today–on the Paleo diet or otherwise–has been altered through plant breeding and other modern agricultural principles. In other words it’s not even remotely similar to the wild foods our ancestors ate.

If really you want to eat like early humans, keep your diet local, plant-heavy, seasonal, and go for variety.

Carole Bartolotto, MA, RD, is a registered dietitian based in the Los Angeles area. She likes to stay on top of the latest research and translate it into actionable steps that can transform your health. She believes that what you eat each day can have a profound effect on your health, and is the key for both prevention and treatment of most chronic health conditions. She blogs at healthyeatingrocks.com or you can find her on FacebookM and Twitter. Read more >