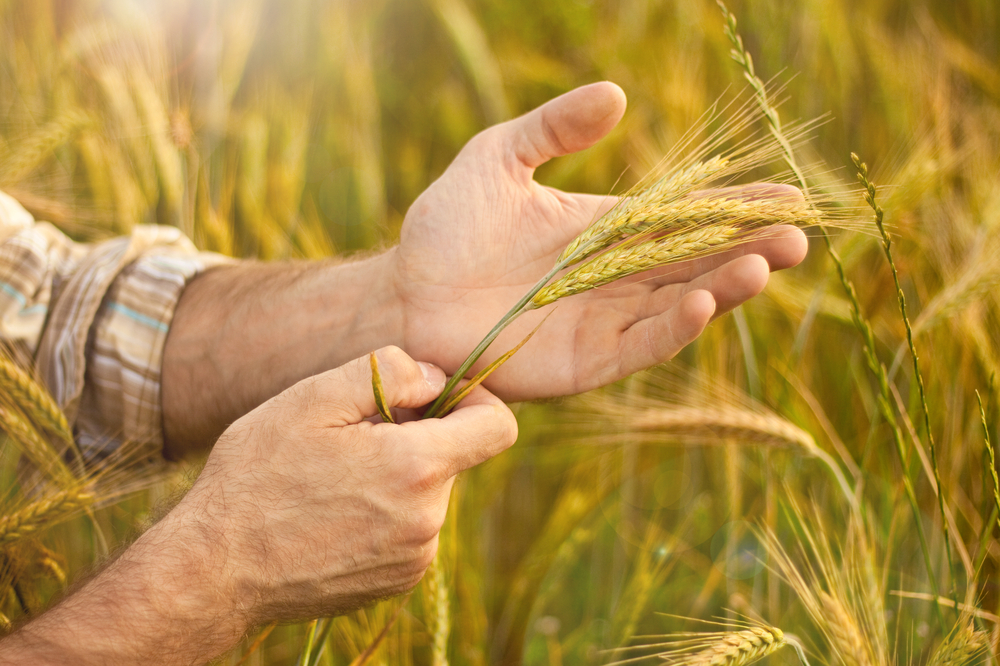 Sales of organic food are exploding. In 2013, Americans spent $35 billion on organic foods, a 12 percent increase over 2012. Organic food sales in 2014, which haven’t been compiled yet, will likely top that number.

Major retail chains such as Kroger, Target, and Wal-Mart are making major commitments to sell more organic food. General Mills plans to double its organic product sales in the next five years. Even McDonald’s plans to serve organic items in its restaurants.

While consumer demand for organic is booming, the supply of organic ingredients and agricultural products, particularly grains and animal feed, lags far behind.

“The demand for organic has skyrocketed, but with a three-year transition [to organic production], the supply hasn’t caught up,” says Errol Schweizer, executive global grocery coordinator at Whole Foods Market. “There has been a mass awakening among consumers for organic, but not a mass awakening in the farming community.”

Organic grain shortages, for both food and animal feed, are a particular bottleneck to the expansion of the organic market. The shortages have created competition for organic farmers and forced companies to import large amounts of organic grain from Canada, Eastern Europe, and South Africa.

It is difficult to determine the organic supply shortage, says Nathaniel Lewis, senior crop and livestock specialist at the Organic Trade Association (OTA). “We only have anecdotal reports on how many tons and acres are needed,” he says, adding that OTA is working to get data on imports of organic grains.

Lewis says that one organic food company had to shelve two or three new product lines because of doubts about sufficient supplies of ingredients.

At General Mills, organic demand is twice as great as supply, according to Beth Robertson-Martin, who handles the company’s sourcing of organic ingredients, though she adds that “it depends on the crop.”

Annie’s, Inc. is another organic food company experiencing supply shortages. Shauna Sadowski, Annie’s director of sustainability, started to address the challenge in 2011 by visiting organic wheat farmers in the Northern Plains and attending organic conferences in the area. “We need a stable supply of wheat,” she says. “My aim was to see what Annie’s could do to support farmers.”

The farmers told Sadowski that they didn’t want to just sell their wheat, but wanted to sell their whole crop rotation. They also described challenges with weeds, crop yields, access to land, the three-year transition to organic, and lack of support from university extension services.

In 2013, Sadowski contacted the Sustainable Food Lab (SFL) to see if they could help. SFL is a consortium of businesses and non-profit groups working to accelerate the shift toward sustainability. “SFL and I thought we could make this bigger than just Annie’s,” she says. “We wanted to bring other companies into the conversation to address needs of farmers and the companies.”

Sadowski reached out to colleagues at Stonyfield Farm, Organic Valley, Clif Bar, Grain Millers, and the OTA. This led to the formation of the U.S. Organic Grain Collaboration.

“We have a progressive group of companies committed to growing the organic grain supply,” says Elizabeth Reaves, SFL program director. “The focus is to address the systemic issues that are barriers to farmers in organic production.”

According to Lewis, those barriers include technical issues, such as access to resources, knowledge, equipment, and services for transitioning to organic production, and lack of organic market information and resources. But Lewis says the cultural element may be the most challenging. “It’s about the conversation at the coffee shop [about the fact] that your organic fields have more weeds. How do we change the cultural perceptions around organic?”

Sadowski also emphasizes the need for financial investment. “Research in this area is underfunded. Grains haven’t been a focus of organic research,” she says.

Could Annie’s parent company General Mills bring their vast resources to the U.S. Organic Grain Collaboration? Possibly. “There is interest from General Mills,” says Sadowski. “We are just starting to talk to them.”

Financial support is also coming from the U.S. Department of Agriculture (USDA), which recently announced a $66.5 million grant, part of which will support the department’s Organic Agriculture Research and Extension Initiative (OREI). One of OREI’s goals is to identify marketing and policy constraints to the expansion of organic agriculture.

According to Lewis, the OREI grant will also help fund research on organic weed control methods, which are crucial. “Weeds are the number one barrier to farmers transitioning to organic from a cultural and technical perspective,” Lewis says.

Based on an SFL report and discussions among members, the collaborative decided to launch two pilot projects to test approaches needed to grow the supply of organic grain. Aroostook County, Maine is one of the regions, and participating companies are Stonyfield, Organic Valley, Pete and Gerry’s. The other is the Northern Great Plains, where participating companies are Annie’s, Grain Millers, Clif Bar, Nature’s Path, Whole Foods, and Dave’s Killer Bread. OTA will also participate in both regions.

“We want to understand the differences in each place and how private companies can invest to address those challenges,” Reaves says.

SFL will host workshops in both regions based on information gathered in interviews with stakeholders. Then it will design short- and long-term strategies for increasing organic supply in both regions.

“We are just at the beginning of this work. This group is really in a listening phase,” says Reaves.

The fact that the organic companies are working together—and not competing—to address the supply challenge is a big first step. “This core group of companies is committed to a pre-competitive approach to growing the organic grain supply,” Reaves says. “In order to grow the industry we have to invest in the long-term viability of farmers who are growing the grain.”

Lewis agrees. “What’s needed is collaboration and relationship building. We all need to come together,” he says. “If we don’t have collaboration with everyone in the supply chain, success will be challenging.”

This post originally appeared on the Organic and Non-GMO Report.