The Color of Food: Building Autonomy as African American Farmers

For Renard “Azibo” Turner, the solution for Black farmers is to find independence by working the land. 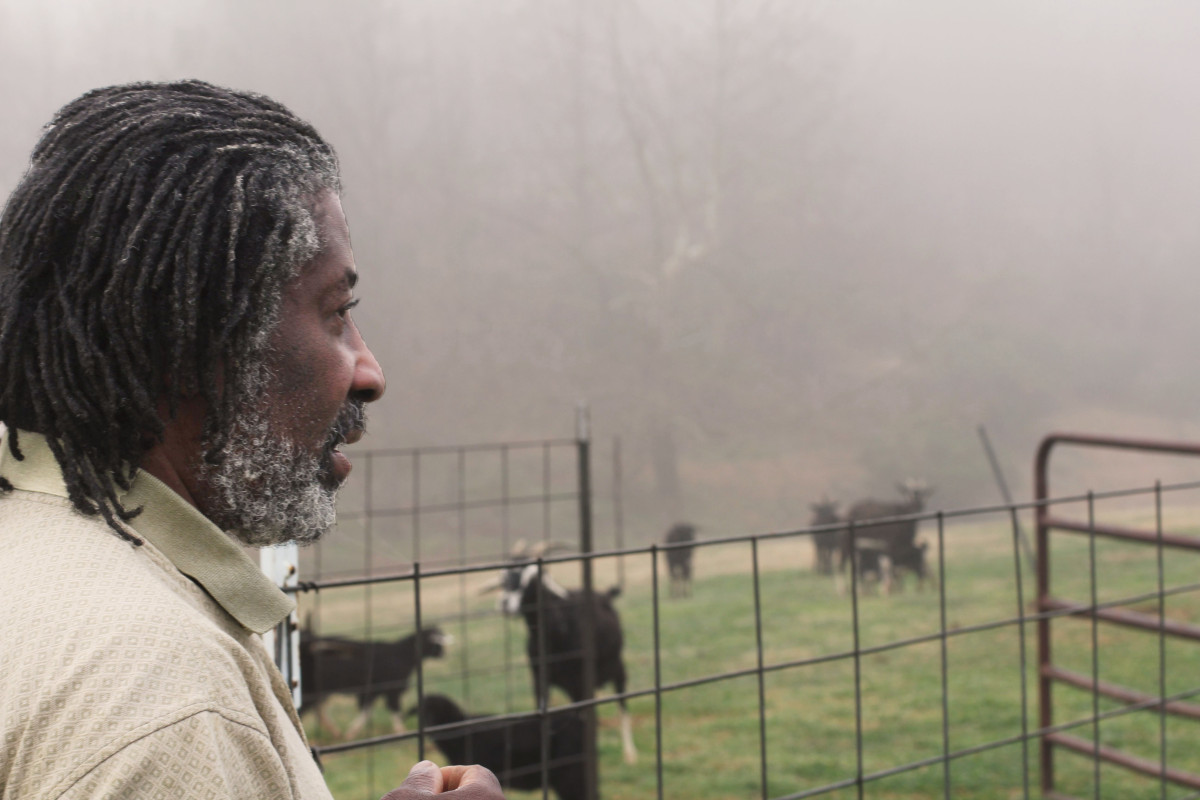 This is the first in a series of four excerpt from The Color of Food: Stories of Race, Resilience, and Farming. Read more about the book and the author, Natasha Bowens.

Renard “Azibo” Turner is a compact bundle of energy as he swiftly moves from one part of his 94-acre farm to the other. He is a machine, a methodical man who starts each day with just five hours of sleep and a cup of coffee and doesn’t stop working until supper.

In the early morning mist, we work together pushing bean seeds down into the clay soil in the garden patch, just beyond the fence that divides the crops from the goat pasture. Renard grows everything from radishes and beans to kale and lettuce. Chickens peck their way around pasture while heirloom hens lay chocolate-brown eggs in the coop. But Vanguard Ranch is well known in Virginia for its goat meat, sold to restaurants and in kabobs and burgers at festivals, and the farm’s main attraction is its herd of about 50 Myotonic “fainting” goats that grazes more than 50 picturesque acres.

Renard and his wife Chinette first had their dream of farming while living in Washington, D.C. in the ’70s. They were part of an Afro-centric circle of back-to-the-landers, but the circle seemed to be all talk, and Renard and Chinette ended up alone on land in rural Virginia that they had hoped would be a Black community for sustainability. They had to learn everything because neither of them came from an agricultural background. Renard grew up in California as the only Black kid in his school’s Future Farmers of America program, but FFA’s conventional teachings didn’t prepare him for this kind of agrarian life.

The couple subscribed to resources like Mother Earth News and slowly learned how to farm over a number of years of growing for themselves. When they reached an excess harvest, they began to sell their produce. Their dream was to sell to the African American communities of Richmond and D.C., but they struggled with transportation costs and finding consistent customers. Today, they sell to the Local Food Hub, an innovative non-profit distributor in the foodie town of Charlottesville, about a three-hour drive from the farm. Below is an oral history with Renard:


It’s an uphill battle to find people of color that have an interest in farming. I think it gets back to what I call the “anti-agricultural Blacklash” where Black folks are still equating farming with slavery. But nothing could be further from the truth. Yes, it is hard work, but at least we are doing for self.

I align with Dr. Ridgley’s belief of “Do For Self.” I believe what we are advocating for is larger than just farming; it’s a return to agrarianism. A lifestyle that is about choice and is the basis for restructuring the African American community in a way that will create value and be lasting and inheritable, passing that wealth on.

We’ve become too dependent as a society. We are trading our time to work for someone else and not be fulfilled. We have to reconnect with our own abilities, and we have to maintain our own communities and food systems. We need to have stores, we need to have farms that supply those stores, we need to control and own those farms and stores and have a lot more control over the destiny of our own lives.

We need a paradigm shift in who we are and where we want to get to. And I don’t think it’s possible to make those types of changes without returning to the land. It’s just not possible. Living closer to natural cycles and the earth is very important. Indigenous people always knew this, in whatever part of the world they lived, they knew.

Now we have people living in boxes and cubicles, we’ve lost our way—we’re not connected. Yet we call it progress. I call it regress. The answers are there for us in Indigenous culture and nature, but we’re shunning it. People say to us, people from our community, the Black community, “What’s all that natural stuff you’re eating, y’all are too natural for me.” It doesn’t make any sense. 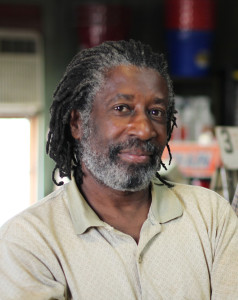 Even with folks who are farming—Black farmers in the South who continue to grow conventionally and stay trapped in the large farm industry. There are many who are not switching over to organic, they are not diversifying their businesses. I get it—humans are creatures of habit, we do what we know.

How do you make the conversion to organic or evolving your farm business, and how long does it take, and how do you continue making money in the meantime? These are all valid issues, and it’s not so easy. But you don’t want to end up like the chicken slaves to Tyson over in the valley.* As Black farmers we are going to have to really reinvent ourselves to meet the demands of the times we’re living in. I think not going into the natural food production sector is a huge mistake.

What I would like to see African American farmers do, and prospective farmers, is we gotta network more and have think tanks and sit down and talk to each other about what we really want to do. We have to know the things to do to make profit possible. You’re not gonna do it with peanuts and soybeans and corn.

You have to find a niche market. You have to continuously be learning. Not a week goes by that I’m not studying something or reading up on something on food and agriculture. I’ve been doing that for 40 years.

And we have to stop looking at federal support programs as the way to do it. An effective food system is on us as producers and communities, not federal support programs. Number one, it’s because it’s not easy to get that support. Many minority farmers don’t even know the programs are out there and when we do, we go and there aren’t people in the office that look like us.

This leaves room for problems of discrimination or no one who will take the time to walk us through the paperwork and processes. That’s still a major issue with the USDA, and I don’t think it’s necessarily going to go away, because discrimination is ingrained in our society. I think it’ll take a long time if it ever does go away.

We talked earlier about the need for our communities to pass on our wealth. Well, had things been on a fair and equitable basis from the start of USDA support programs for minority farmers, those farms would now be in a totally different socio-economic status than they are now, and their descendants would have been able to inherit that wealth. That could have changed the whole equation for a lot of families and communities in this country.

Agrarianism is about not getting caught up with the government agencies. You can use their programs as a tool, but it is ultimately so that we can stand apart from that on our own. It’s not sustainable to rely on the federal support programs and go into debt; you’ll end up in foreclosure. That’s why I’m a staunch do-it-yourselfer.

Self-sufficiency is at the core of all that I do. I don’t like being dependent. There’s a political component to being dependent. Being a descendant of enslaved Africans, we never had the freedom to be independent. We were property. The only way you can be in charge of your own food is by growing your own, and the only way you can do that is to become a landowner. We have to find proactive ways to get there and help ourselves.

* “Virginia has six poultry processing facilities employing 10,000 people with corporations such as Tyson, Cargill and Perdue. There are over 1,200 poultry farmers in Virginia that supply the facilities.” — Virginia Poultry Federation, 2006

This interview has been condensed and edited for length and clarity. Read the next post in the series: These Sisters are Building A Second Career as Farmers.